Champagne flowed “like water” in the Big Apple on Saturday as New Yorkers made a run on bubbly during intoxicating celebrations of Joe Biden’s victory over President Trump.

Wine and liquor stores across the city told The Post they were drowning in sales — with some reporting a drought of cheap fizzy stuff.

The booze seller saw sales of vodka and bubbly spike, and was sold out of everything but “real Champagne” by around 7 p.m.

At Warehouse Wine & Spirits nearby, a staffer reported customers loading up on “anything sparkling… just to pop and say ‘he’s gone!”

“We can’t keep it cold enough,” she said.

It seemed to be a continuation of the jubilant street parties that erupted in the city earlier in the day — where even filmmaker Spike Lee came out and popped a bottle of champagne on a Brooklyn street.

On the Upper West Side, 79th Street Wine and Spirits was out of all bubbly under $50 by around 7 p.m., with a staffer saying he had “no cheap stuff left at all.”

A couple of blocks away at Corks on Columbus “Veuve Clicquot was king,” reported a worker named Remy, adding that “more people are keen on spending money today,” grabbing about three bottles on average. 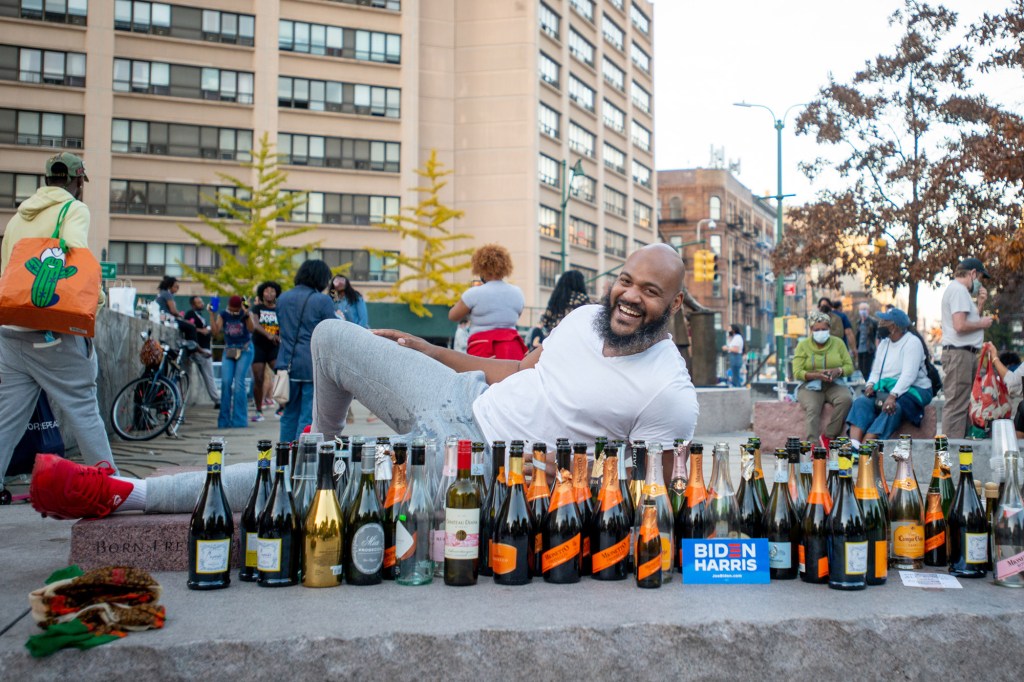 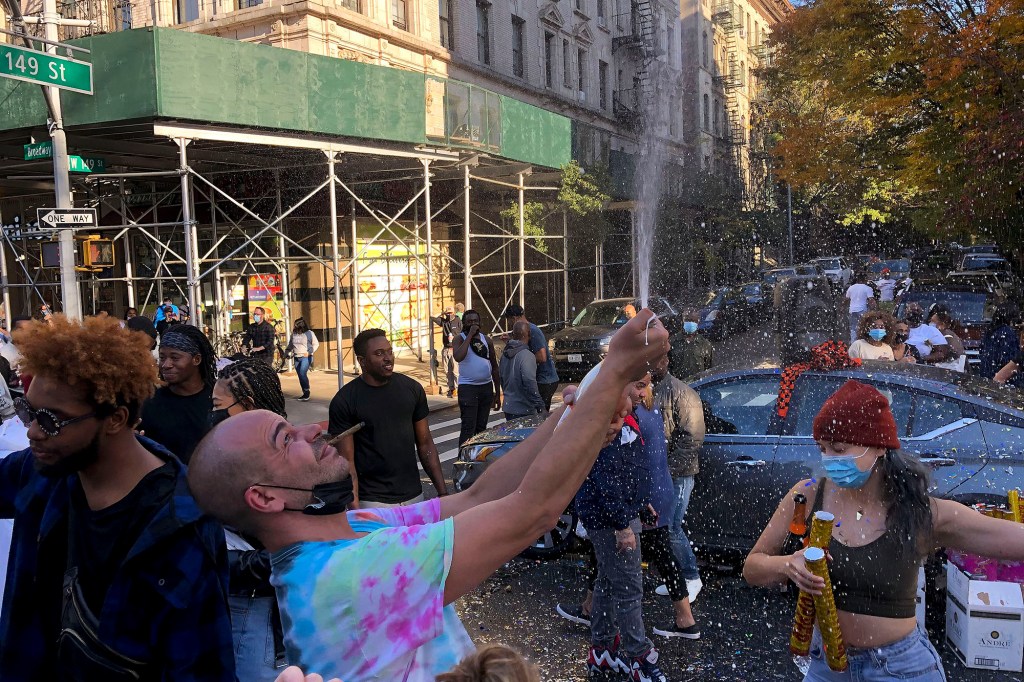 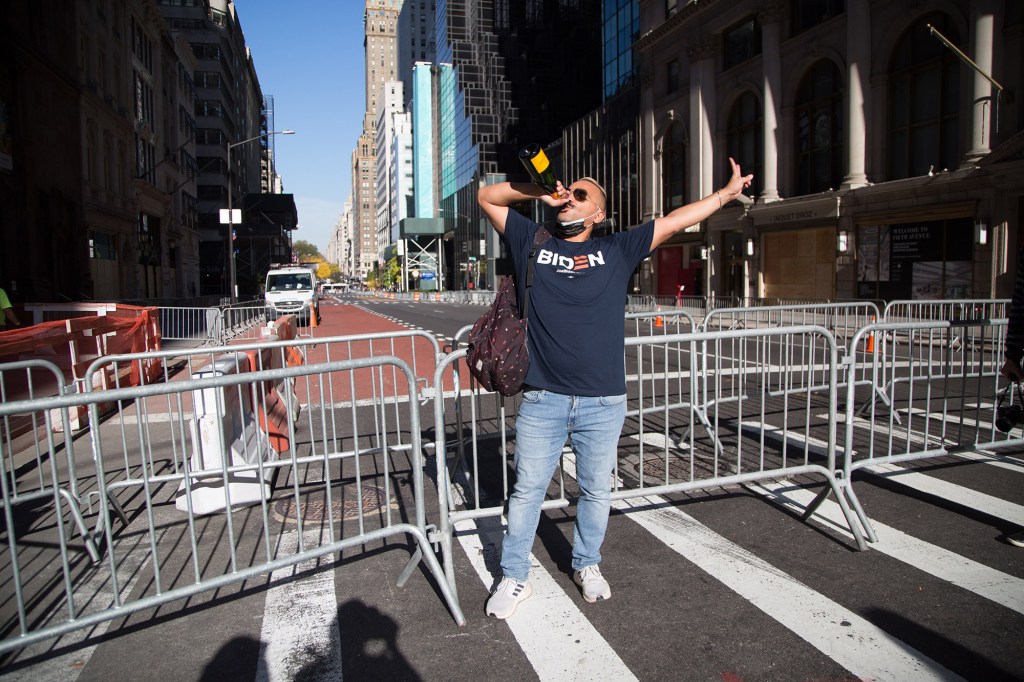