Home » World News » What are the chances of being struck by lightning and what happens if you're hit during a thunderstorm?

It is an often-said phrase, but what are the actual chances of being struck by lightning and how can you avoid it? Here's what you need to know… 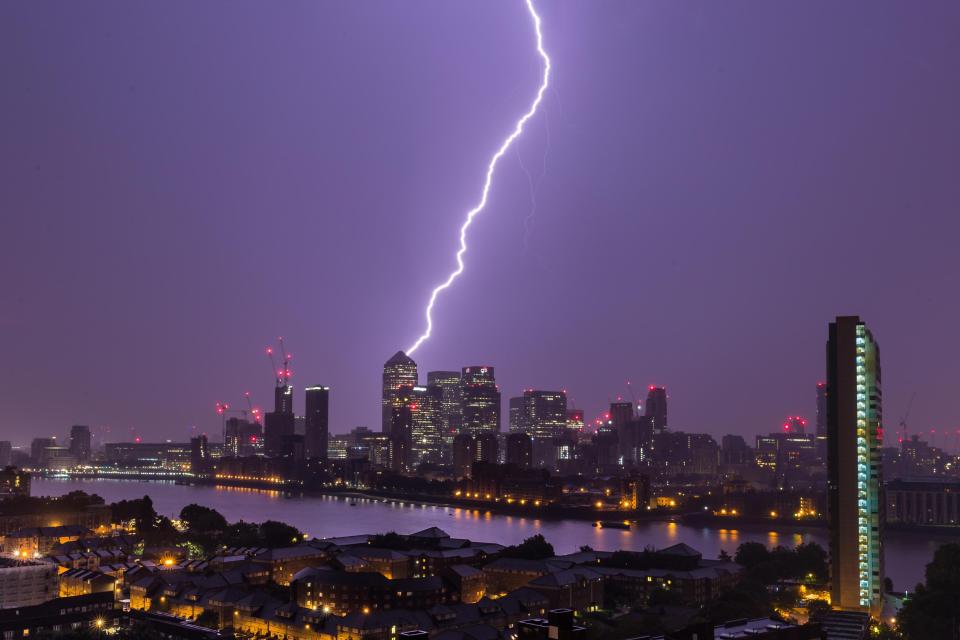 How likely am I to be struck by lightning?

A lightning strike is when an electric discharge from the atmosphere is sent down into an earth-bound object.

Most lightning strikes do not touch humans and the odds of being struck by lightning are very low.

In fact the chances of being struck by lightning are 300,000 to one and it is estimated that around 24,000 people are killed each year worldwide as a result of lightning.

In the UK, the Royal Society for the Prevention of Accidents (RoSPA) says that on average three people are killed each year by lightning – making the odds 66 times shorter than the global average.

What happens if I am struck by lightning during a thunderstorm?

Although lightning strikes can be fatal, around 90 per cent of people who are struck do survive.

But it can cause serious injuries, that should be treated as soon as possible.

The main risk from lightning is that the electrical surge can cause third-degree burns and even set a person on fire. 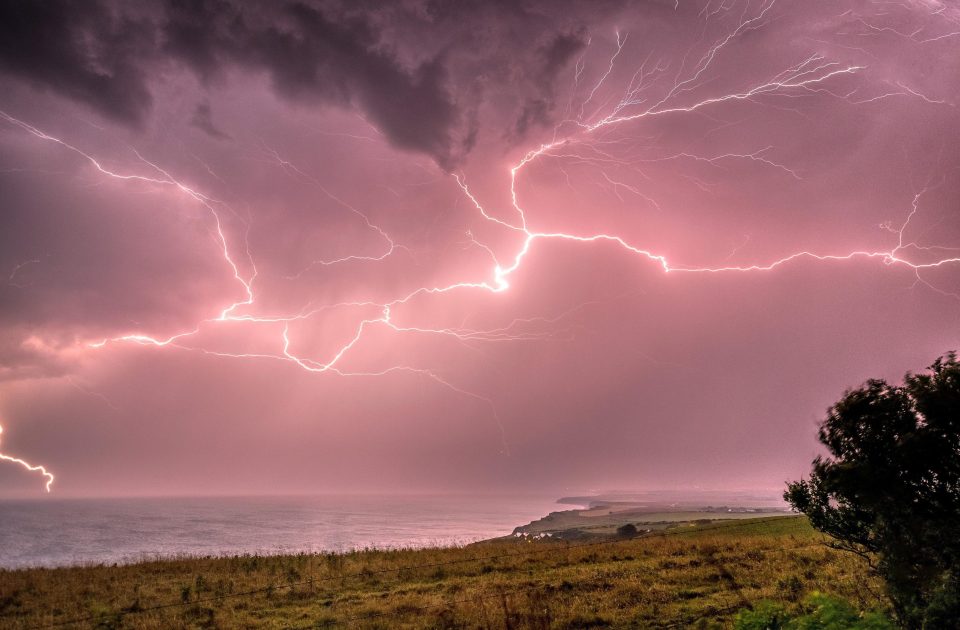 The electrical discharge can also cause your blood vessels to burst and cause a series of scars across the skin.

It may disrupt the heart's rhythm, causing cardiac and respiratory arrest, and if the electrical current enters your skull, it can literally cook your brain.

If you see someone struck by lightning, you should immediately call 999 to seek urgent medical attention.

You can also give them any first aid they require as there is no need to worry about receiving an electric shock yourself – the current won't affect you.

Meanwhile, interesting research has shown that 80 per cent of people that are struck by lightning are men.

How can I protect myself from being struck by lightning?

Although there is no absolute protection from a lightning strike, there are steps you can take to reduce the risk – especially if you work outdoors.

This includes seeking shelter at the first sign of lightning or a heavy thunderstorm.

According to the RoSPA, you should seek shelter inside a large building or car and quickly move away from wide open spaces.

If there is nowhere to shelter, you should crouch down on the ground and make yourself as small as possible to make yourself less of a target – lightning will seek the quick route to Earth, so if you need to minimise the chances of being made a shortcut. 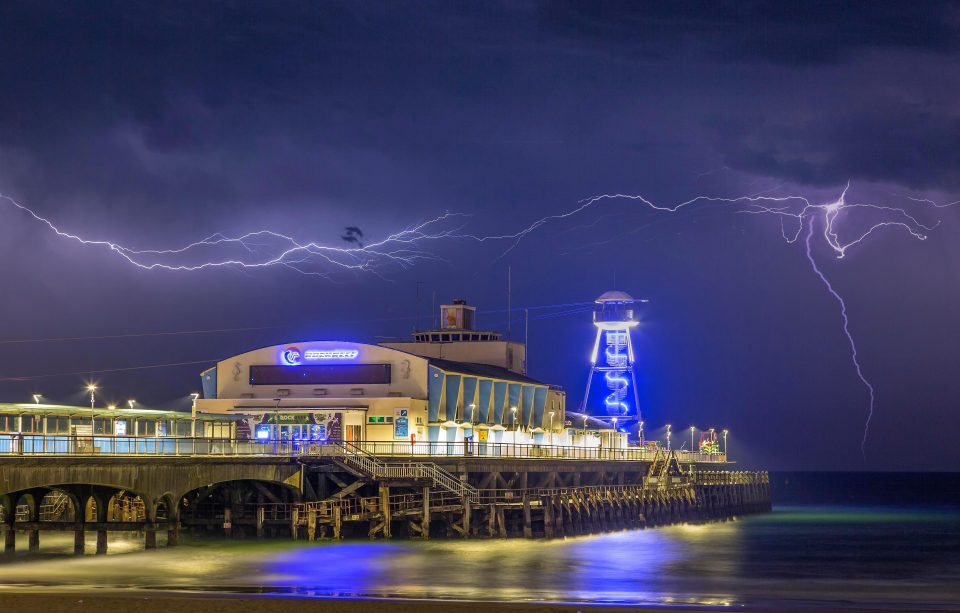 If you are at the top of an exposed hill when lightning starts to strike, the best advice is start to descend quickly and try to make sure there is higher ground above you.

For builders and construction workers caught up in lightning, they are advised to ditch any belts they are wearing containing metal tools and immediately climb down from any metal ladders or scaffolding.

The inside of a car is a safe shelter as if it is struck, the electrical current will travel through the car's metal exterior and earth through the rubber tyres.

However, a motorbike cannot give the same shelter, despite its rubber tyres. This is because a bike has no metal frame around the top of rider and the electrical current will route through the person as it travels towards the ground.

If you are playing golf when lightning strikes, move far away from your clubs and crouch down in a bunker. 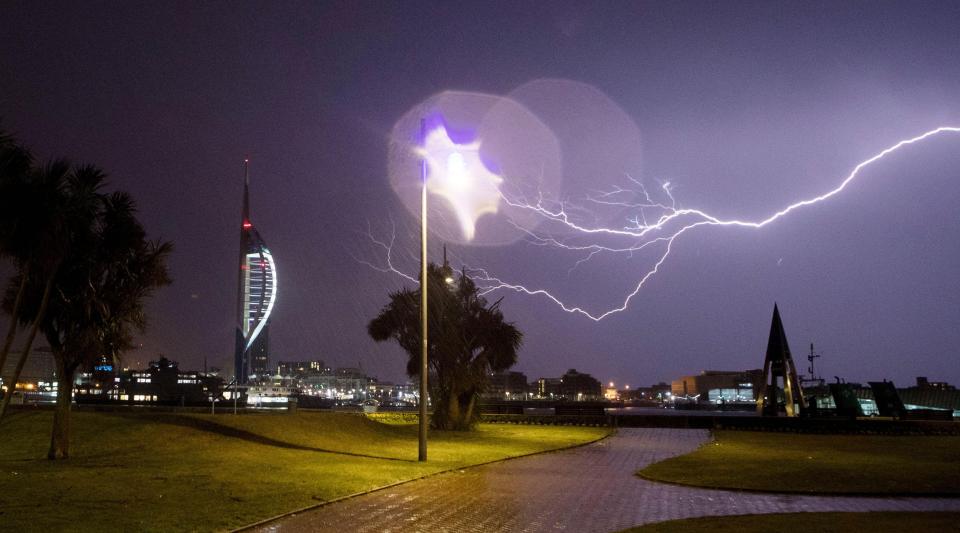 You should never stand under tall isolated trees as they are a prime target for bolts of lightning.

Meanwhile if you are in water, experts say you should get out immediately and head to the shore.

If you are on a beach, move as far away from the water as possible as lightning often strikes close to it.

How can I tell how far away lightning is?

One of the best ways to avoid being struck by lightning is to judge how far away it is so you can work out whether you need immediate shelter.

A way of doing this is using the 30/30 rule, which says that if the time between a flash of lightning and a rumble of thunder is 30 seconds or less, you should immediately seek shelter.

Once you are safely indoors, it is then advised that you should stay there for at least 30 minutes after the last clap of thunder.

Experts say by this time the storm should have passed making it safer to venture out in open space again.