Channel 4 is on the verge of cancelling this year’s Great British Bake Off over fears lockdown rules prevent contestants travelling to the show’s tent.

Insiders say bosses are struggling to find a way to transport the competitors under the Government’s guidelines, which insist on essential travel only.

The contestants who have been chosen to appear live in different parts of the country and would need to get to the grounds of Welford Park in Newbury, Berkshire, to take part.

Sources close to judges Paul Hollywood and Prue Leith and presenters Noel Fielding and Matt Lucas say that they are preparing themselves for a cancellation of the series, which was due to be broadcast in the autumn. 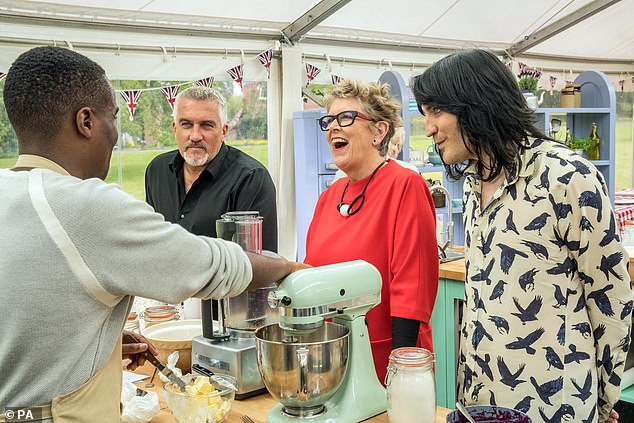 It would be a major blow to troubled Channel 4 as the show has become one of its biggest ratings winners, pulling in over six million viewers, after it snapped it up when the BBC deemed it too expensive for licence-fee payers.

One source said: ‘Nobody knows how the contestants will get there, it is proving to be one hell of a headache. We are waiting for it to be postponed any minute now. What is most important is health and safety.’

It is also feared unlikely that ITV’s I’m A Celebrity… Get Me Out Of Here! will be screened in its usual November slot because of the challenge the network faces in transporting stars to Australia and the difficulty of maintaining social distancing in the jungle.

Britain’s Got Talent is also hanging in the balance and ITV’s Director of Television Kevin Lygo has confirmed that ITV2 show Love Island is unlikely to be made this summer either. 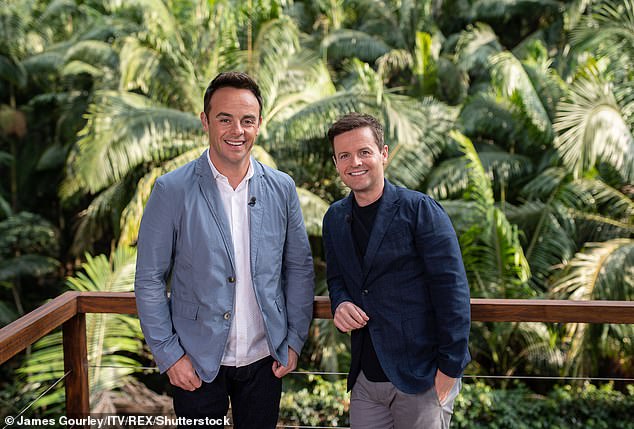 Anthony McPartlin and Declan Donnelly on the ‘I’m a Celebrity… Get Me Out of Here!’ TV Show, pictured together in Australia during season 19