A dog described as ‘a gentle giant’ had to be put to be euthanised ‘for looking dangerous’.

Duncan, a crossbreed, was malnourished and underweight when he was handed in to animal charity Blue Cross.

Blue Cross workers said he was a ‘gentle giant’ and could have easily been rehomed.

But because the local authority deemed Duncan a ‘dangerous’ dog, the pooch had to be put to sleep. 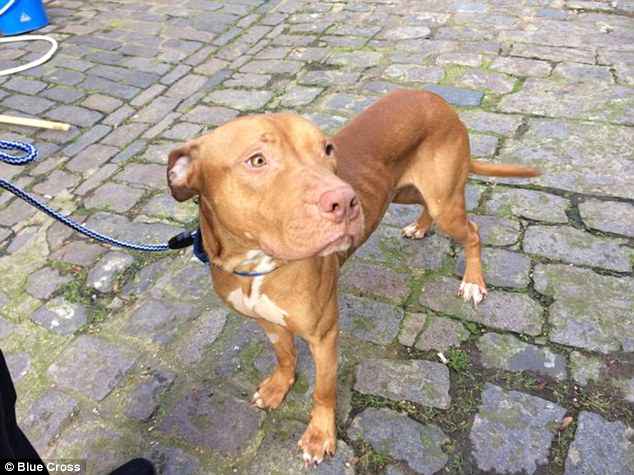 Duncan arrived at the Blue Cross malnourished and underweight, with his ribs clearly visible 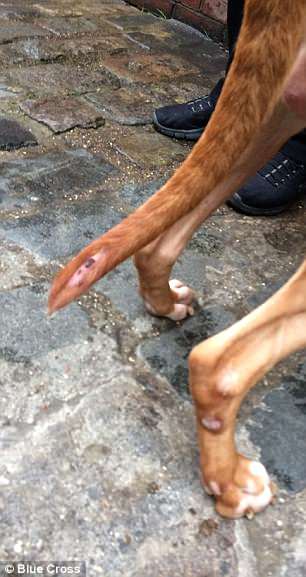 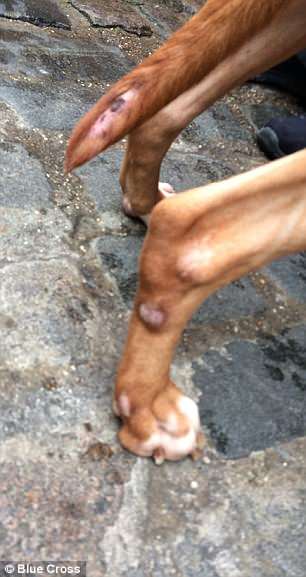 Now, the charity is calling for the Government to scrap legislation which it claims is resulting in the deaths of thousands of innocent dogs like Duncan.

It comes ahead of an MPs’ inquiry into the Dangerous Dogs Act this week.

A Blue Cross animal welfare officer told The Mirror that Duncan was ‘well behaved’ and could have been rehomed.

The officer added: ‘Sadly we see loving and well-behaved dogs like Duncan all too often who have not put a paw out of place and would make someone a fantastic pet but because of the current law our hands are tied and they are not given the chance to live. 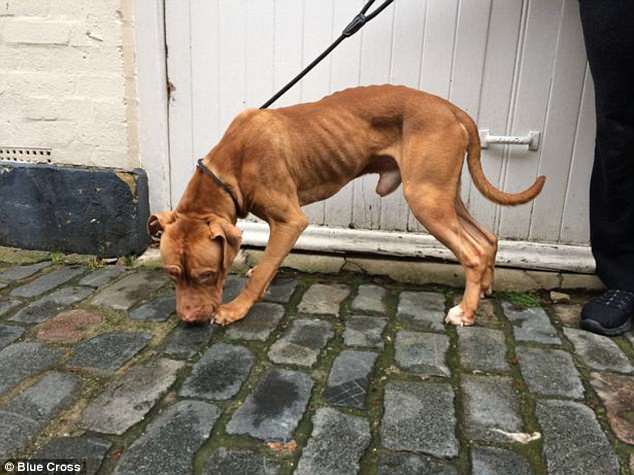 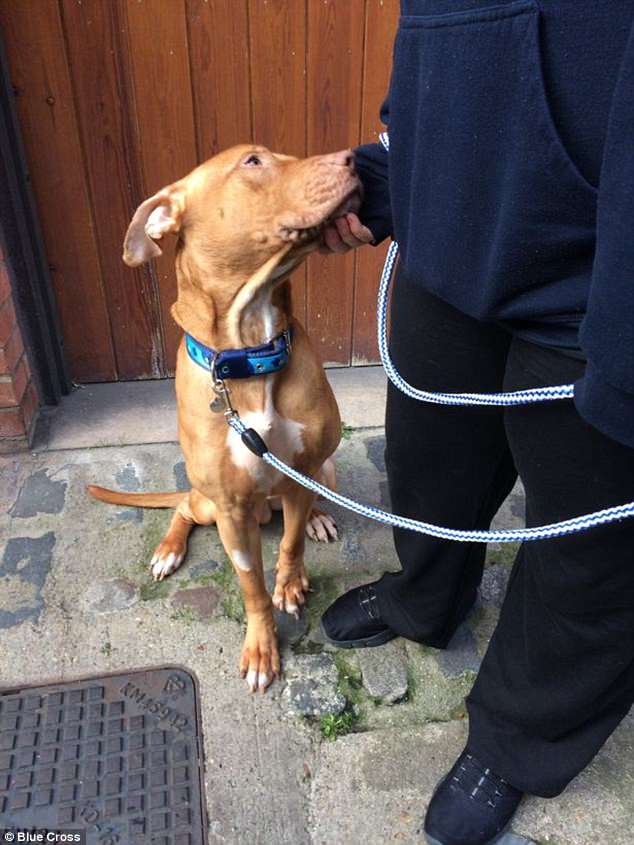 Duncan was typed as a Section 1 dog under the Act, meaning charity workers had no choice but to put him down

‘It is heart-breaking and extremely frustrating for all involved and often leaves a dark cloud over the hospital each time we have to euthanase an otherwise healthy pet because the law states their looks deem them dangerous.’

The Blue Cross has now launched a petition calling of the parliamentary under-secretary at DEFRA, Lord Gardiner, to repeal Section 1 of the Dangerous Dogs Act 1991.

Duncan was typed as a Section 1 dog under the Act, meaning charity workers had no choice but to put him down.

Other Section 1 breeds include the Japanese Tosa, Fila Brasiliero, Dogo Argentino and pit bull terrier, as well as any that is ‘bred for fighting or has characteristics of a type bred for that purpose’.

The Blue Cross’ petition can be found here.