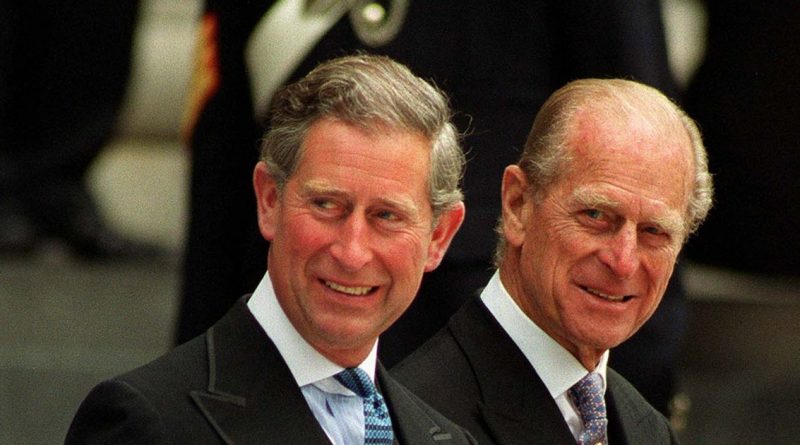 Prince Charles has addressed the nation to pay tribute to his late father Prince Philip who died on Friday morning.

The Prince of Wales, 72, remembered his "dear Papa" as "a very special person" who would have been taken aback by the outpouring of love shown towards him over the past 24 hours.

The respect and sorrow shown to the royal family since news of the Duke of Edinburgh's death is something the Prince said has not gone unnoticed.

Charles said: "I particularly wanted to say that my father, for I suppose the last 70 years, has given the most remarkable, devoted service to The Queen, to my family and to the country, but also to the whole of the Commonwealth.

Prince Charles continued: "As you can imagine, my family and I miss my father enormously. He was a much loved and appreciated figure and apart from anything else, I can imagine, he would be so deeply touched by the number of other people here and elsewhere around the world and the Commonwealth, who also I think, share our loss and our sorrow.

"My dear Papa was a very special person who I think above all else would have been amazed by the reaction and the touching things that have been said about him and from that point of view we are, my family, deeply grateful for all that.

In his final weeks, Prince Philip was visited in hospital by a seemingly teary-eyed Prince Charles before returning home to Windsor Castle.

Charles spent half an hour at his dad's bedside during the first week of his treatment, but it remains unknown whether the pair met again before the Duke of Edinburgh's death.

Charles lost Philip on the same day as his wedding anniversary with Camilla and so decided against marking the occasion of their wedding on April 9, 2005.

Paying tribute to his father, Charles said on Friday his “energy was astonishing in supporting my mama” and “doing it for such a long time”.

He told the BBC: “Well you know he didn't suffer fools gladly, so if you said anything that was in any way ambiguous he'd say 'make up your mind'.

"So perhaps it made one choose your words carefully.

"He was very good at showing you how to do things and would instruct you in various things.”

Charles, who went to see the Queen, 94, hours after his father’s death, added he "probably wanted to be remembered as an individual in his own right”.

Gun salutes were fired across the UK in tribute to the Duke of Edinburgh on Saturday morning.

Saluting batteries fired 41 rounds at one round every minute from midday in cities including London, Edinburgh, Cardiff and Belfast.

Prince Philip married the Queen on November 20, 1947 and stood by her side as Her Majesty's "rock" for 73-years.

Just after midday on April 9, Buckingham Palace announced the death of Prince Philip, issuing a statement that invited the world to grieve the Royal Family's loss.

The palace said: "It is with deep sorrow that Her Majesty the Queen announces the death of her beloved husband, His Royal Highness the Prince Philip, Duke of Edinburgh.

"His Royal Highness passed away peacefully this morning at Windsor Castle."