A charming house with lovely views and VERY good transport links: Britain’s highest train station converted into a three-bedroom cottage is on the market for £425,000

It’s handy for the train but a bit of a trek to the shops.

Set in isolated splendour amid the Pennine fells, Britain’s highest main line railway station is on the market for only the third time since it was built in 1877.

The lovingly-restored station house at Dent, Cumbria, is priced at £425,000 – less than half the value of a one-bedroom flat in upmarket areas of London.

The nearest village may be four miles away but the station is a rail buff’s dream, with 14 daily services and regular steam trains at weekends, including excursions by famous locomotives such as the Flying Scotsman. 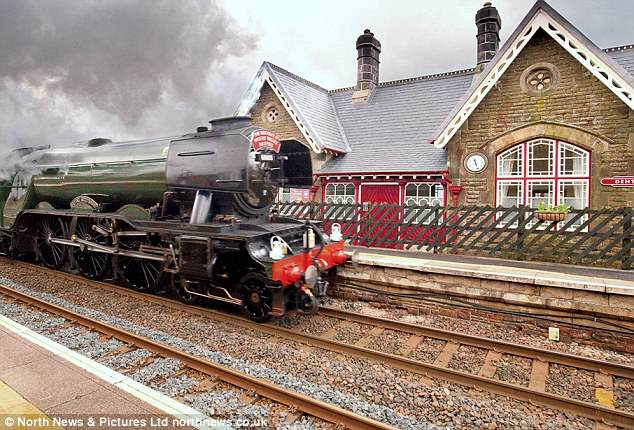 The lovingly-restored station house at Dent, Cumbria, is priced at £425,000 – less than half the value of a one-bedroom flat in upmarket areas of London

The quickest journey to London takes just under four hours.

Owner Robin Hughes, a chartered surveyor, said: ‘It’s a charming place to live. The wildlife is phenomenal and the peace and tranquillity of the landscape is only really disturbed by passing trains or the occasional RAF Typhoon jet on a training mission.

‘It is tremendous to hear the distant whistle of an approaching steam train; it’s a sound that transports you back to a bygone era.’

Mr Hughes, 51, bought the station house in 2006 after spotting it was for sale while walking the Dales Way, a long distance footpath which passes nearby. It had previously been used as a base for an outward bound company after being abandoned by British Rail. 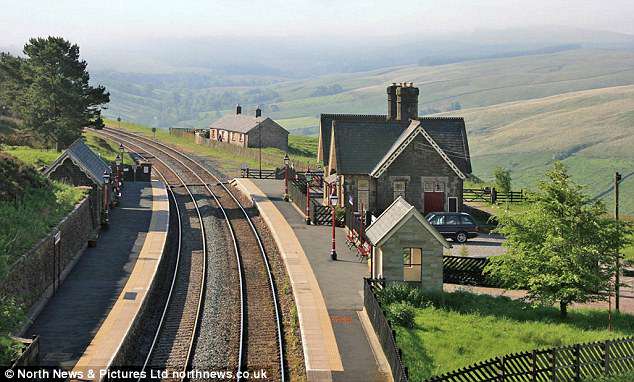 A view of the house which sits amid Pennine Fells. The quickest journey to London takes just under four hours and services are regular with steam trains running at the weekends

Mr Hughes, from Windsor, converted the main station house into a three-bedroom holiday cottage, opening for his first visitors in 2007. Famous faces who have stayed there include rail enthusiast Michael Portillo, who saved the Settle to Carlisle line from closure while a transport minister in 1989. The station house is currently still to let while on the market. 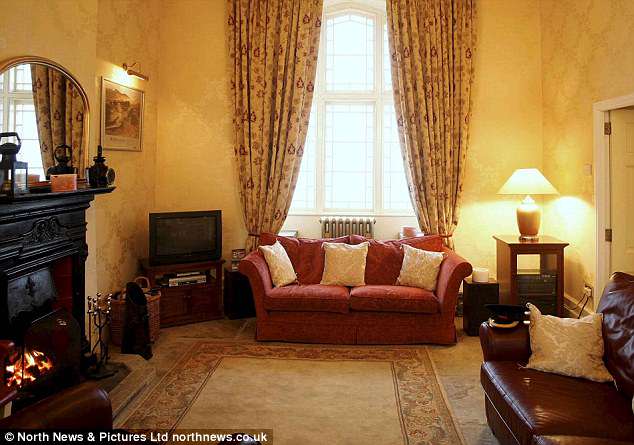 Sitting at 1,150ft above sea level, it comes complete with Midland Railway maroon and cream woodwork.

Its renovation included turning the booking hall into a lounge and creating a kitchen diner in the former ladies’ waiting room.