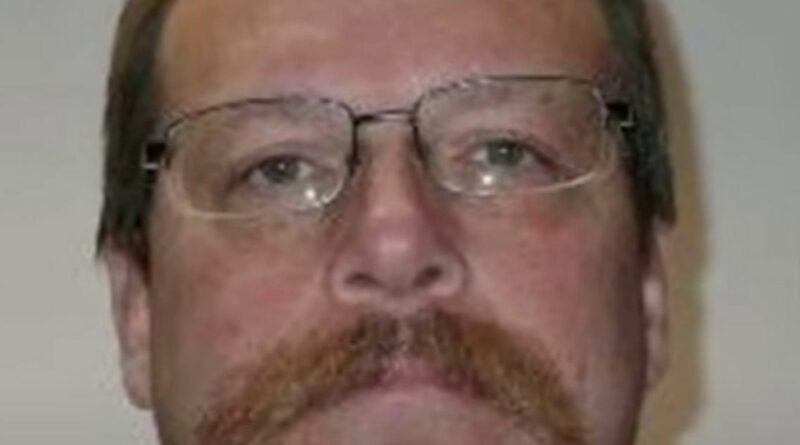 A love rat security guard murdered his younger ex-lover and three-year-old son after he was forced to pay child support.

Michael Wolfe, 55, shot Karissa Fretwell, 25, in the head and killed their son, Billy, before wrapping their corpses in tarp and hiding their bodies in woodland.

Wolfe was working at a steel manufacturing facility in Oregon when the affair started with the education student, who used to deliver sandwiches to the facility in one of her part-time jobs.

He eventually got her a part-time job at the facility and charmed his way into Karissa's life. Karissa was just 21 at the time and unaware her older lover was married.

She found out Wolfe was married when she discovered she was pregnant and the relationship ended. Karissa decided to keep the baby, even though she told friends Wolfe had offered her money to have an abortion.

In February 2016, Karissa gave birth to Billy, named after her late father, and became a doting mum to her son, juggling motherhood, full-time study and various part-time jobs.

Karissa knew she needed Wolfe to pay child support for his son. He had no contact with Billy and Karissa had to get a paternity test to prove the child was his.

In April 2019, a court agreed that Wolfe would have to pay Karissa over $900 (around £750) a month in child support. The judge signed the order on May 10, but just three days later Karissa and Billy went missing.

The next day, the mum didn’t drop her son off at the babysitter the next day, she didn’t turn up for shifts at work and she wasn’t answering her phone.

Family members found her apartment unlocked. The TV was on, her bank cards were there and her glasses were on her bed. Karissa and Billy were reported missing on May 17.

Officers spoke to Wolfe who said the last time he’d seen Karissa was at the court hearing in April, however surveillance footage showed he had been near her apartment and data on Karissa’s phone put her near his home.

Wolfe then admitted he’d been to her flat on the day she disappeared with a peace offering of nappies and toys, but confessed he was unhappy about paying child support. Investigators feared that Wolfe had harmed his ex-mistress and their son.

Wolfe became the prime suspect in Karissa and Billy's disappearance. While search parties scoured the area and police divers explored the rivers, police searched Wolfe's home and other properties connected to him and found drugs that could be used to sedate someone.

Wolfe briefly went on the run, and police put out a wanted notice. On May 24, he was arrested at a doughnut shop in Portland when a member of the public recognised him from the posters. Despite not finding Karissa and Billy, the police publicly announced they had enough evidence to charge him for their deaths. As well as the mobile phone records, on the day after Karissa and Billy vanished, Wolfe had been to the dump and a hardware store, where he’d bought rope and tarp.

Investigators determined that Karissa and Billy had been kidnapped either on the night of May 13 or in the early hours of the next day.

In June this year, just before his trial was due to start, Wolfe pleaded guilty to one count of aggravated murder for Billy’s death and second-degree murder for Karissa’s death.

On June 15, Karissa and Billy's bodies were found in remote woodland in Yamhill County, wrapped together in the tarp Wolfe had bought and hidden on land on which Wolfe had a permit to cut firewood.

Wolfe was sentenced to life in prison and told he would get the chance for parole after 30 years.