Vladimir Putin was accused of a shameful cover-up last night over the demolition of a chemical weapons base where Russian scientists allegedly made the nerve agent used in the Salisbury spy attack.

The destruction of the secretive Shikhany facility comes ahead of a visit by international inspectors investigating the poisoning of Sergei Skripal and his daughter Yulia last month.

The military research base in southern Russia was named by British intelligence chief Sir Mark Sedwill as the source of the Novichok nerve agent used in the assassination attempt by Russia. 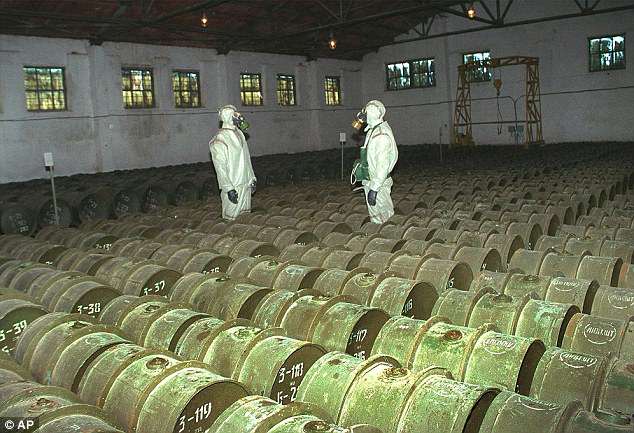 The chemical weapons base in Shikhany, southern Russia, which has now been destroyed

But last night it emerged it was being torn down before investigators from the Organisation for the Prohibition of Chemical Weapons (OPCW) could visit the area.

Leading British chemical weapons expert Hamish de Bretton-Gordon told The Mail on Sunday: ‘It is most unfortunate the Russians have decided to flatten the Shikhany labs where they have developed and made Novichok in the last ten years, presumably to prevent the OPCW investigation into the Salisbury nerve agent attack getting evidence of these activities.

‘The timing seems especially cynical as it is likely that now the OPCW have confirmed Porton Down results that Novichok was used in the botched Skripal assassination, the OPCW would want to visit Shikhany, as the Chemical Weapons Convention would have them do, to see where these things were made, or not. The destruction of the labs in this case seems like an admission of guilt.’

The shock move to destroy the site was revealed by state-run media in Russia.

Shikhany mayor Andrei Tatarinov told reporters: ‘The buildings are currently being demolished, and all construction waste is passed through high-temperature furnaces. Burnt rubbish is stored at a special landfill site.

‘All this is carried out in order to clean the institute’s territory, which can later be set up for some new production facilities.’

The base in the Cold War-era town of Shikhany, 600 miles south of Moscow, is a branch of the State Scientific Research Institute of Organic Chemistry and Technology. It employs 200 people.

Mr Tatarinov said the base is ‘in the process of destroying itself’ after Russia claimed it had finally eradicated the last of its stockpile of chemical weapons last year. 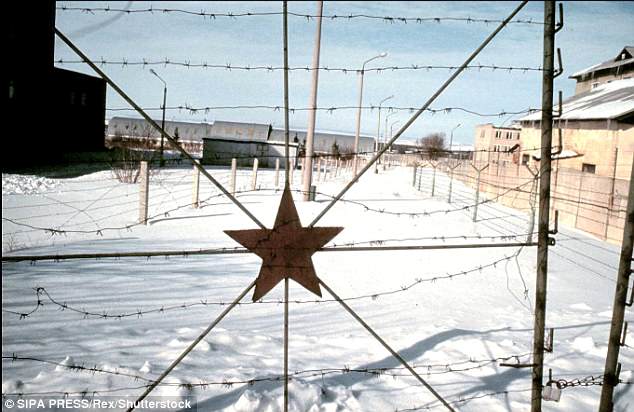 The gates of the chemical weapons base in Shikhany, southern Russia

Salisbury MP and Treasury Minister John Glen last night said: ‘I hope the OPCW will be challenging Russia on why this facility has so suddenly been demolished before it has been examined.

‘Many in Salisbury will believe it is more than a coincidence. The closure of this facility seems at odds with Russia’s professed willingness to co-operate.’

The nerve agent was smeared on the front door of Sergei Skripal’s home to poison him and his daughter on March 4.

Vladimir Uglev, a Soviet-era scientist who was the first to synthesise Novichok, said it was developed by him and other scientists at Shikhany in the 1980s.

Mr Uglev said: ‘If you’re asking who made the substances that poisoned the Skripals, his name and his country, it is possible it was made by my hands.’

The base was cited as the source of the nerve agent used in the Salisbury attack in a British intelligence briefing for its allies last month.

It was used to persuade world leaders that Moscow was behind the poisoning.

The briefing led to the expulsion of more than 150 Russian diplomats from 28 countries, and sparked a tit-for-tat response by Mr Putin.