Cheryl Burke and Matthew Lawrence’s have agreed upon the terms of their divorce.

The exes have agreed to evenly divide their two properties in the divorce, with each party keeping one of their two homes. Further conversation is necessary to decide if Burke, 38, or Lawrence, 42, will keep their dog Ysabella, according to the documents obtained by PEOPLE.

The documents also specify that no spousal support was requested by either party as the pair agrees to uphold their premarital agreement.

Reps for Lawrence and Burke did not immediately respond to PEOPLE’s request for comment. 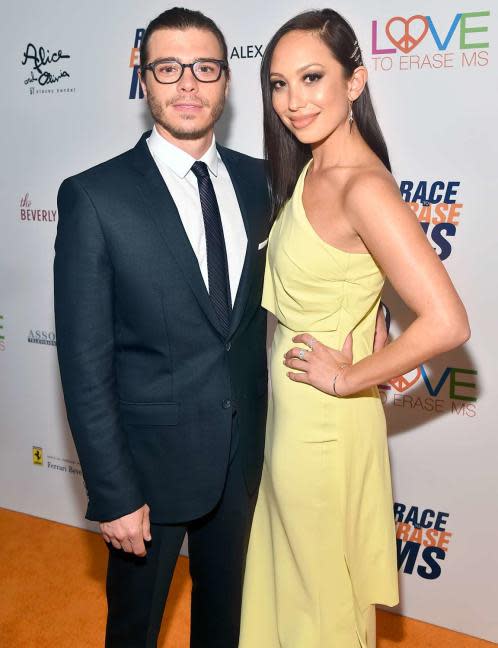 Burke filed for divorce from Lawrence in February, listing Jan. 7 as the official date of separation. The filing cited irreconcilable differences as the reason for the split.

The Dancing with the Stars pro has been vocal about her journey to heal after the split. In March, she shared an Instagram post about getting in touch with herself again.

“I’ve realized that whenever I am at a point in my life where I have some big emotions to process, the best thing for me to do is to spend some time alone – other than being with [my dog] Ysa of course, but I truly feel like she is a part of me, so she doesn’t count,” Burke’s post began. “If I’m being honest, really feeling my feelings is new to me.”

Burke, who is four years sober, added that she’s spent much of her life trying to “numb” emotions instead of feeling them. She also shared that she’d returned to her wedding venue as a single woman for a reflective vacation.

The Boy Meets World alum still has not commented publicly on the divorce.

In July, Burke noted she’s ready to start dating again. On an episode of her Burke in the Game podcast, she said she’s “curious” about what’s out there.

“It doesn’t necessarily mean, though, that I’m ready to get on Raya or any of these dating apps just yet. I definitely want to start, maybe, meeting new people,” she said. “Obviously, that means, I’ll have to start getting out of my comfort zone and out of this house in order to do so. It is something of curiosity.”