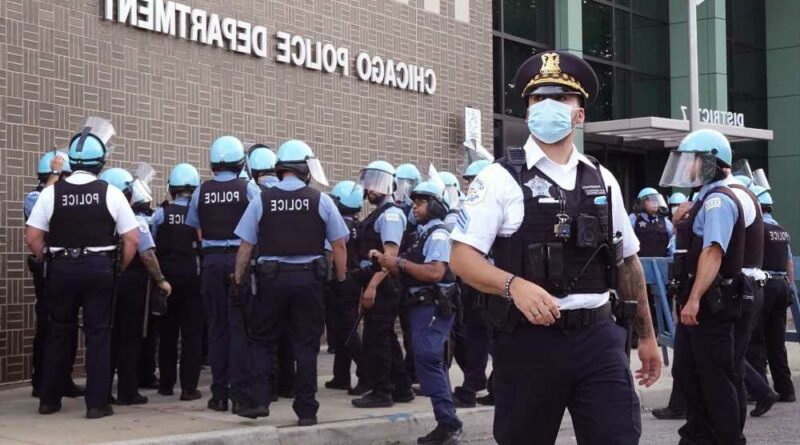 Gunmen shoot rapper 64 times as he walks out of jail, killing him

Gang members in Chicago outnumber law enforcement officers about 9 to 1 — as officers are on track to retire in record numbers this year, police said Wednesday.

Police Superintendent David Brown estimated last year that there are about 117,000 gang associates, who are part of the city’s 55 known gangs.

The number greatly exceeds the city’s police force, which employs around 13,000 officers.

The disparity may be even worse due to the droves of cops retiring this year, the Chicago Sun-Times reported.

Between January and June, there were 363 officers that left the department, according to police pension board figures.

“We are on track, I believe, to have one of the highest retirement numbers in the city’s history,” said Ray Lopez, an alderman, or local official who represents the city’s 15th ward, the newspaper reported.

Lopez blamed the exodus in part on Mayor Lori Lightfoot, claiming she has demoralized officers with anti-police rhetoric.

“Many of our officers are not choosing to leave law enforcement as a profession but are retiring early to go to other departments because they don’t feel appreciated and respected in their home city of Chicago,” he told the paper.

Fox News host Geraldo Rivera on Monday blasted the ratio of gang associates to police officers in the city.

Rivera said it was a “miracle” that the number of homicides in the city weren’t higher.

There have been 382 homicides in the city so far this year, according to Chicago Police Department statistics, which is five fewer than the same timer last year.