CHICAGO looters smashed a Ronald McDonald House as terrified sick kids and their families were inside. 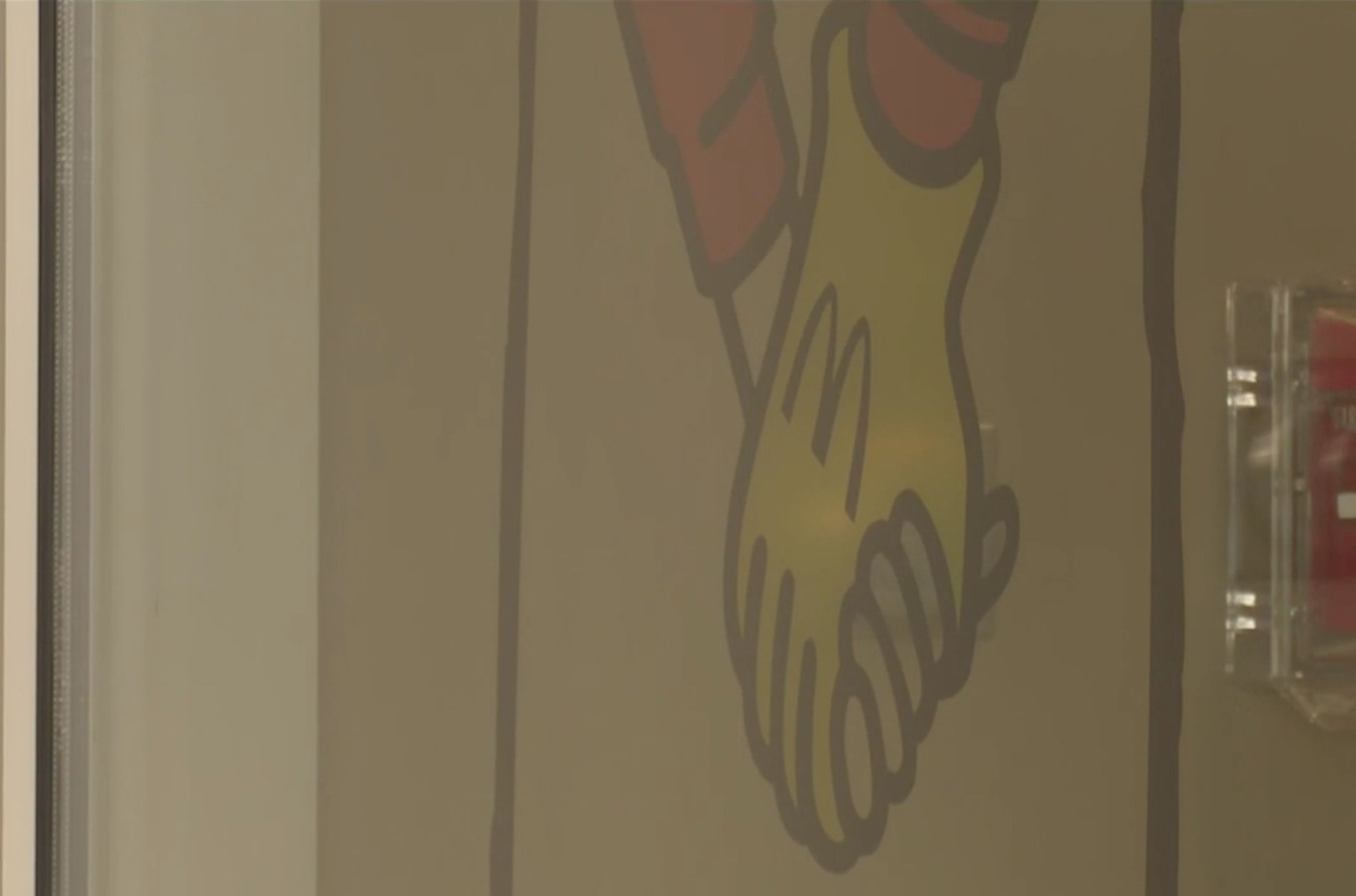 More than 30 children and their families – who reside in the home because they receive treatment at the nearby Lurie Children’s Hospital – were inside the facility during the incident, according to ABC7.

Ronald McDonald House Charities' Lisa Mitchell told ABC7: "[We were] very concerned there was a lot of activity right in front of the house, people making choices that could put them at risk and put our families at risk so the staff was frightened.

"They are already in a really, really difficult spot, and having this kind of additional stress and worry about getting to and from the hospital even-though we are 5 blocks away because of safety concerns is just doubling the strain."

Staffers were also inside the house as vandals smashed the front door and windows.

Despite the frightening incident – no damage was found inside the charity house and no one was injured.

The front door was boarded up after the destruction took place.

Mitchell told CBSN Chicago: “We’re here for families at all times – whether there’s a pandemic or civil unrest, we need to make sure that we are here allowing families to get the rest they need while they have a child in the hospital seeking care.

"And so it’s so important that anything that might be going on outside, we maintain our care for families."

Businesses in downtown Chicago were subject to vandalism, theft, and destruction on Sunday night into the early hours of Monday morning. 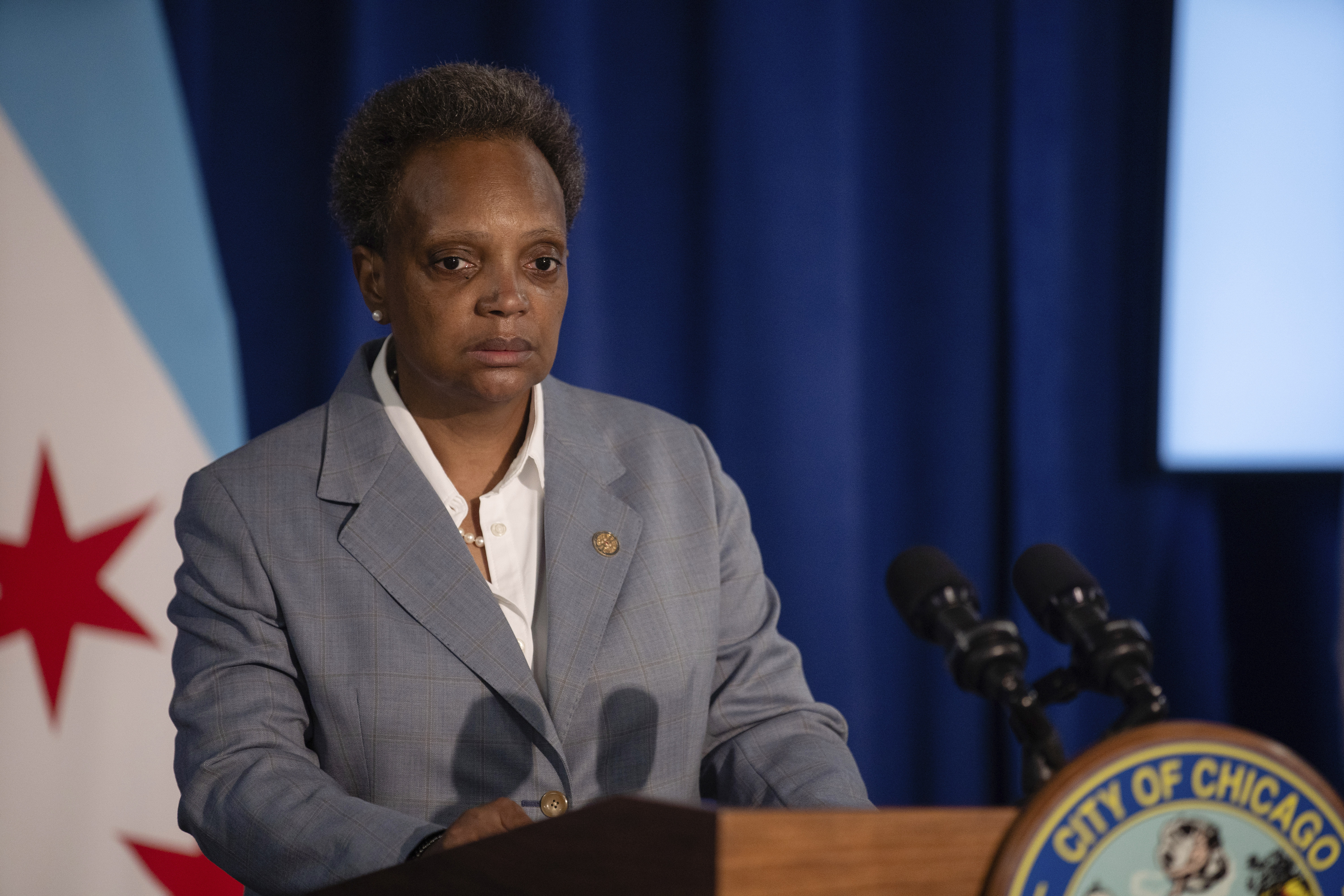 Meanwhile, a Black Lives Matter activist has justified the widespread looting in Chicago as “reparations” – and claimed it doesn't matter because the ransacked stores “have insurance.”

“That is reparations,” Atkins added, according to NBC Chicago.

"Anything they wanted to take, they can take it because these businesses have insurance,” she said at the rally organized by Black Lives Matter Chicago. 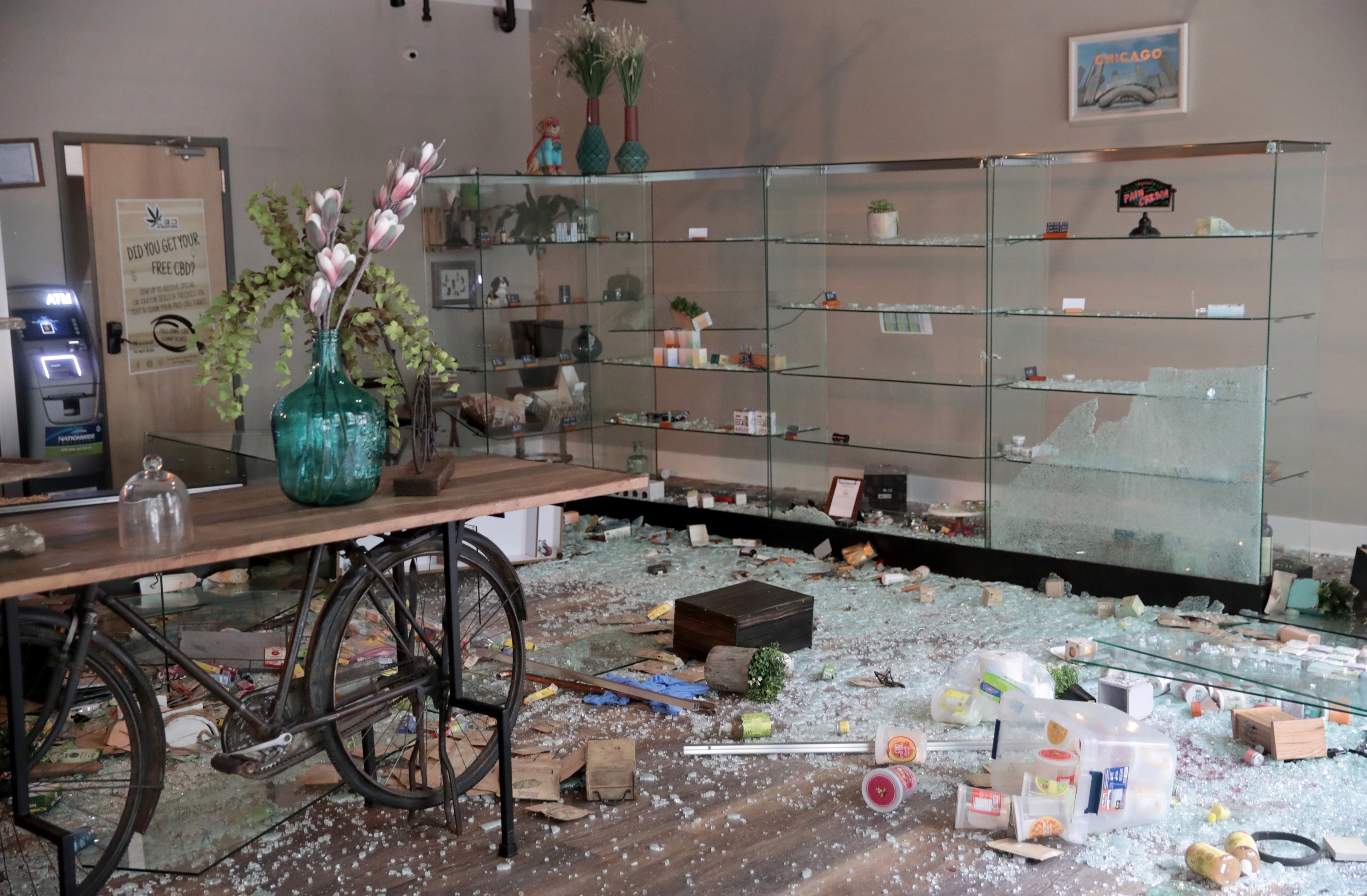 Her statement came after a chaotic night that saw more than 100 arrests, 13 police officers injured and at least $60 million worth of property damage.

The unrest erupted after cops responded to a call on Sunday about a man with a gun in Englewood, who fired shots at them before being wounded and hospitalized.

Earlier on Monday, Lightfoot warned that law enforcement officials were already looking through high-definition surveillance footage and that looters would face consequences.

“Let's be clear. We are coming for you. We are already at work finding you,” Lightfoot said.

Lightfoot explained that Chicago residents “deserve to be safe” and businesses deserve to “enjoy safety and security.”

Black Lives Matter protests emerged across the country after a white Minneapolis police officer knelt on the neck of black man George Floyd in late May, leading to his death.