New laws are needed to ban possessing extremist propaganda, the chief coroner said today in a report following the inquests into the London Bridge terror attack.

Mark Lucraft QC said a gap in legislation means it may be impossible for police or MI5 to act even when ‘the material is of the most offensive and shocking character’.

He highlighted 18 ‘matters of concern’ in a report on preventing future deaths, which was published today after inquests into the deaths of eight people on the evening of June 3 2017, and their attackers. 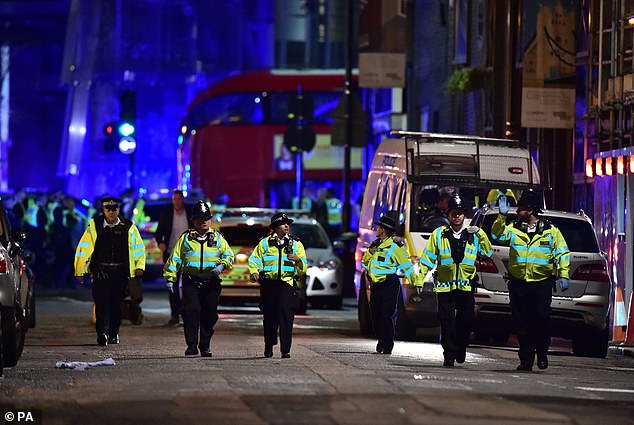 Khuram Butt, 27, Rachid Redouane, 30, and Youssef Zaghba, 22, were ruled to have been lawfully killed after they were shot dead by armed police

They ploughed a rented van into pedestrians on the bridge before stabbing people at random around Borough Market.

The Old Bailey inquest heard that Butt, who was an MI5 subject of interest (SIO), had looked at extremist material online in the months and years before the attack, including propaganda for so-called Islamic State, violent images and sermons from extremist preachers.

Bereaved families said MI5 and counter-terror police should review their assumptions about the weight placed on an SIO’s so-called mindset material. 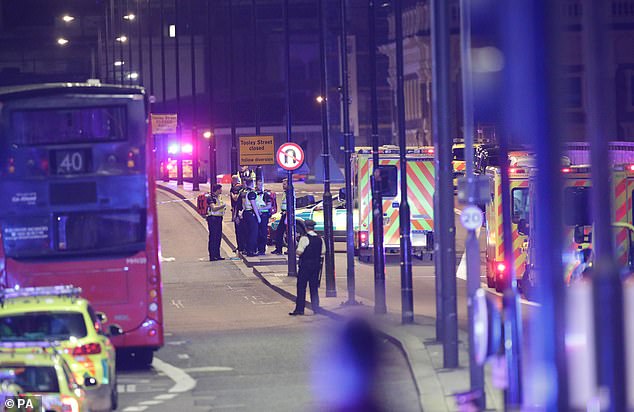 Mr Lucraft said there is no evidence investigators are not capable of making those judgments properly after police and security services pointed out that many SIOs possess such material.

But he suggested new laws could be introduced to tackle the prevalence of extremist material in the same way legislation has criminalised the most offensive pornography.

‘It may be impossible to take action even when the material is of the most offensive and shocking character.

‘The evidence at the inquests indicates to me that the lack of such an offence may sometimes prevent counter-terror police taking disruptive action which could be valuable in their work of combating terrorism. 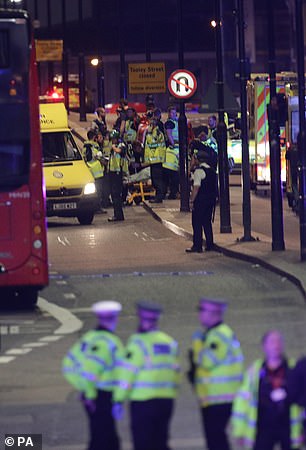 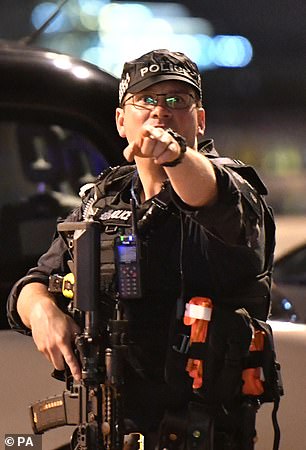 ‘I have formed the view that consideration ought to be given to legislating for further offences of possession of the most serious material glorifying or encouraging terrorism.’

The coroner said it would be wrong to criticise the investigation into Butt before the attack, calling the work of MI5 and police ‘generally thorough and rigorous’.

But he made a series of suggestions to police and security chiefs about how they could work more closely and ensure that tips from the public and foreign services are properly shared and communicated.

The report also found MI5 must try to improve its systems for ongoing investigations into terrorist suspects. 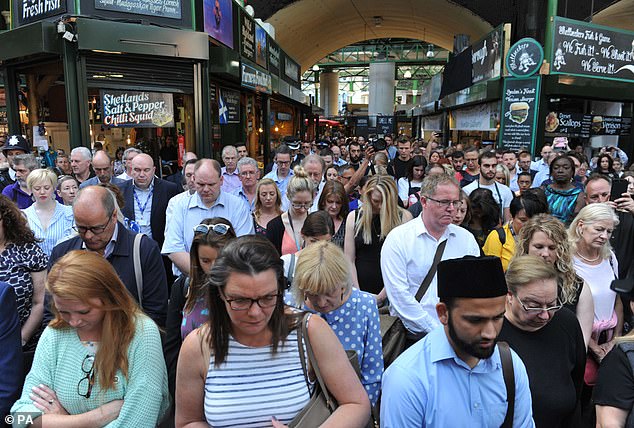 Traders and visitors pause for a minute’s silence at London’s Borough Market on June 14, 2017

The report said: ‘Although MI5 must be able to prioritise and divert resources at times of greatest demand, the suspension of priority investigations is a matter of legitimate public concern.

‘Accordingly, the systems for suspending such investigations – including the criteria for suspension, recording of suspension decisions and systems for re-building intelligence after suspensions – should be specifically considered in the continuing work of review and improvement.

‘That work should also give consideration to the potential value of flexible systems for scaling back, rather than necessarily suspending, investigative work at times of high demand.’ 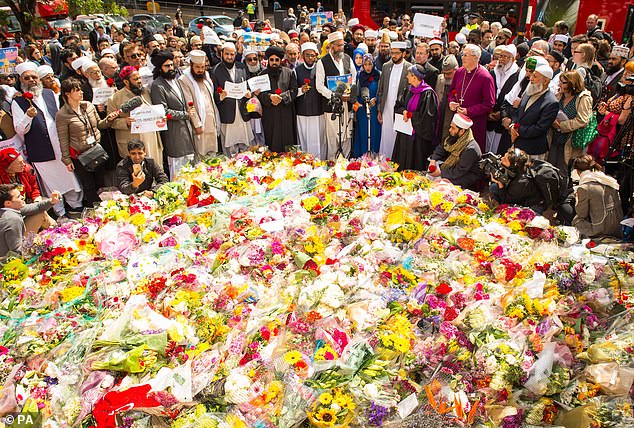 Imams and other religious leaders hold a vigil near the scene of the attack on June 7, 2017

And questions were raised in the London Bridge inquests about why there were no security measures in place to prevent vehicles being used as weapons, with barriers only installed on the bridge in the immediate aftermath.

The coroner identified ‘weaknesses’ in the systems for putting such measures in place and suggested authorities should take steps to address the concerns.

He also said action should be taken to reduce the risk of rented vehicles being used in terror attacks, which could include automated checking of rentals against lists of SOIs.

Home Secretary Priti Patel has until January 10 to respond to the report, setting out details of action taken or proposed, or why no action will be taken. 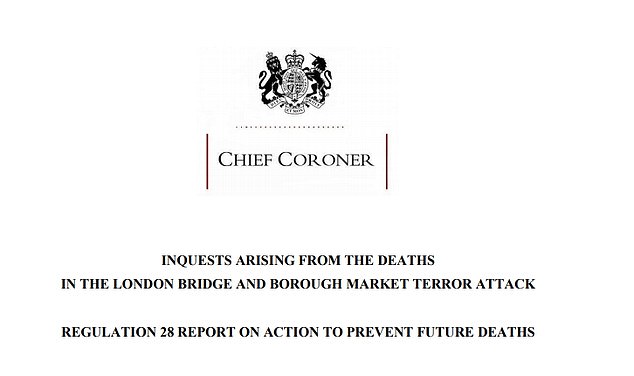 Helen Boniface, a senior associate at solicitors firm Hogan Lovells, who represented six families in the inquest, said: ‘We are pleased the Chief Coroner has recognised the risks presented by hateful extremism and terrorist propaganda, possession of which must be taken seriously, and the ease by which large vehicles may be hired by terrorist suspects.

‘The response on the night by many was commendable, especially members of the public who stayed to assist.

‘But failings and delays were also seen and the coroner identifies this through his report.

‘The emergency medical response to those who died in the Boro Bistro area remains disappointing to our clients, with no London Ambulance Service personnel entering this area until many hours after the attack.’