THE KANSAS City Chiefs and the Houston Texans started NFL season on Thursday with a joint tackle—at racism.

Before the black national anthem, “Lift Every Voice and Sing,” the Texans went to the locker room and were not present for the “The Star-Spangled Banner,” according to KMBC. 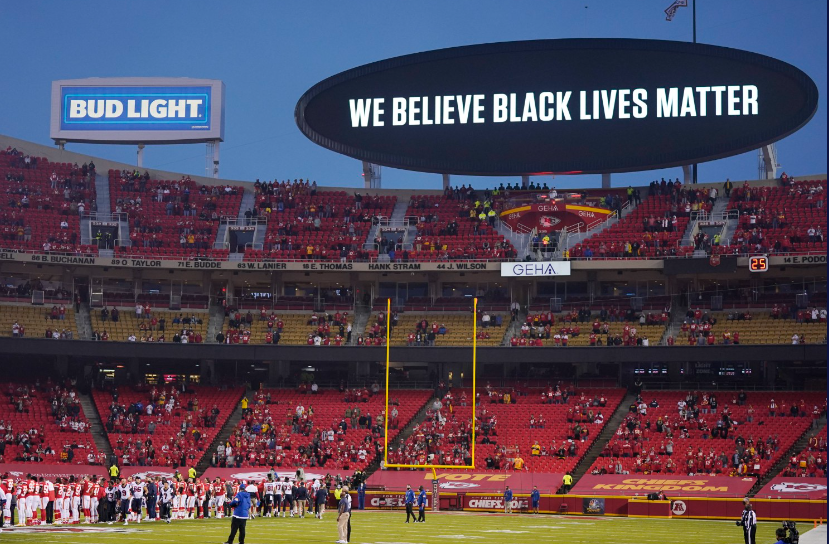 The Chiefs stayed on the field for both songs but during the national anthem, defensive lineman Alex Okafor took a knee, symbolizing his intent to bring attention to racial inequality and police brutality issues.

Okafor was the only Chief player to kneel at Arrowhead Stadium.

After the anthems, the teams came together at midfield for a joint demonstration they called a “moment of unity.”

The moment included a statement on the scoreboard from players of both teams: “We support equality. We must end racism. We believe in justice for all. We must end police brutality. We choose unconditional love. We believe Black Lives Matter. It takes all of us.” 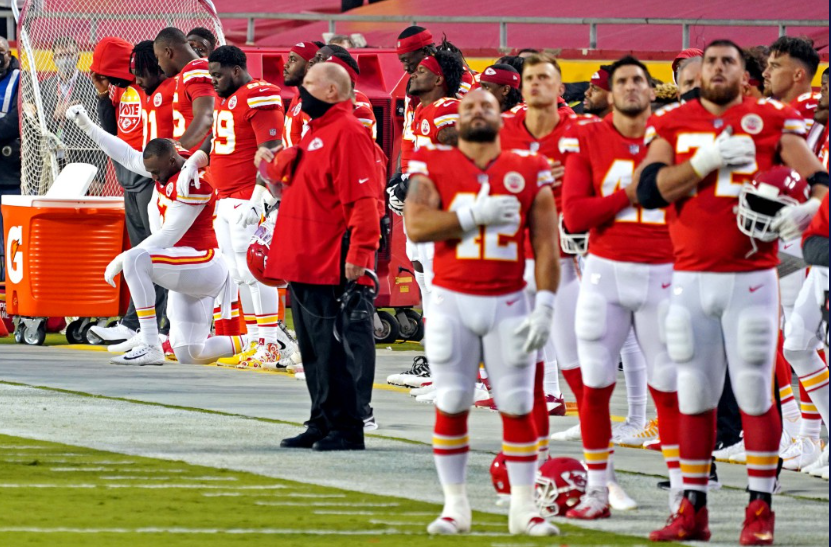 Chiefs and Texans players linked arms during the demonstration.

As evidenced by the “boos,” that gesture was not well-received by some of the 17,000 fans who attended the game under social distancing and mask-wearing guidelines.

“Booing” quickly went viral on Twitter with more than 45,000 mentions, and many criticized fans for disapproving of the moment of unity.

“Some NFL fans booing the players for standing and locking arms in a moment of silent unity proves that for them ‘standing for the flag’ was always about perpetuating white supremacy,” Kansas City councilman Eric Bunch tweeted. 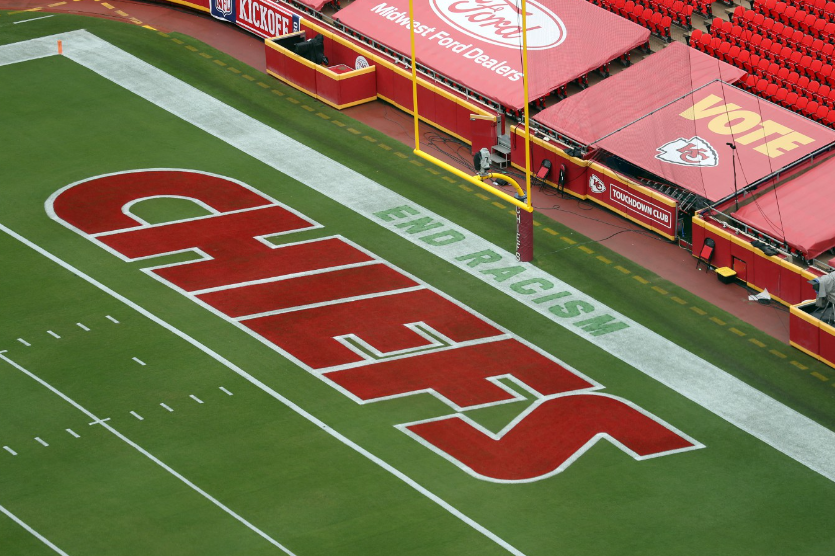 Players from both teams communicated long before kickoff to plan the joint demonstration.

“We’ll do something in unison, something together to show our support for everybody out there who doesn’t have the platform that we have,” said Mahomes earlier in the week.

In acknowledgement of social justice movements, the NFL plans to play “Lift Every Voice And Sing” in addition to “The Star-Spangled Banner” at stadiums across the country. 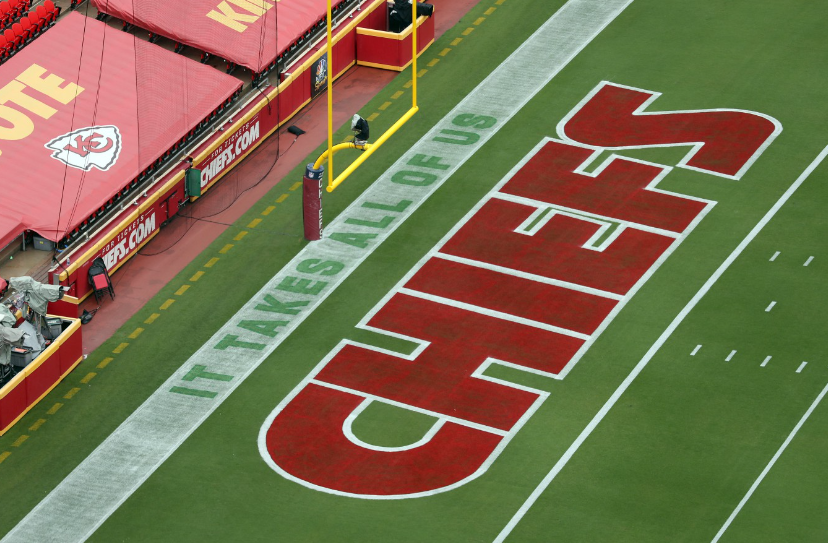 On Thursday, Arrowhead Stadium had “End Racism” and “It Takes All Of Us” marked at the end zones.

The scoreboard broadcasted the message, "We Believe Black Lives Matter."

The Chiefs organization has provided complete support for the racial equality messages.

“I think, whatever we do, we’ll try our best to display unity, togetherness, even if that’s with the opposing team," Chiefs safety Tyrann Mathieu said earlier this week.

"But, I think, if anything, people should take away from whatever we may do, they’ll take away the unity and the togetherness part of it.”

Black man George Floyd’s death in May after a white Minneapolis police officer knelt on his neck not only sparked new motions on the field, but also changes for Chiefs fans in the stands.

Fans of the reigning Super Bowl champions on Thursday were banned from wearing headdresses and war paint, as such imagery has been perceived as racist against Native Americans.