Two childcare operators charged with rorting government subsidies with “phantom children” in a well-publicised Australian Federal Police raid are seeking millions of dollars in compensation after the case was later dropped.

Ola Ouda, 44, and her partner Amgad Shehada, 49, claim in a defamation action that the AFP botched its investigation into their $10 million childcare business, which collapsed after the charges were made public. 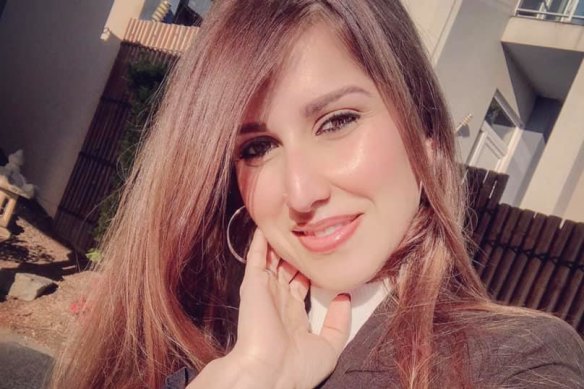 Ola Ouda is suing the AFP after charges against her were dropped.Credit:Facebook

The pair were arrested in November 2020 when 150 AFP officers raided properties across Melbourne and Sydney as part of a probe involving several different government departments and thousands of documents.

Days after the raid, the AFP held a press conference to announce that it had dismantled an alleged criminal network that had defrauded millions worth of childcare subsidies which was spent on luxury goods and investments.

AFP commander Todd Hunter told reporters that the owners of the childcare business had allegedly registered “phantom children” who did not attend the centre to fraudulently claim the payments.

Hunter also stated that the co-accused had allegedly received COVID-19 stimulus package payments, including JobKeeper, that they weren’t entitled to, including at a restaurant they owned. 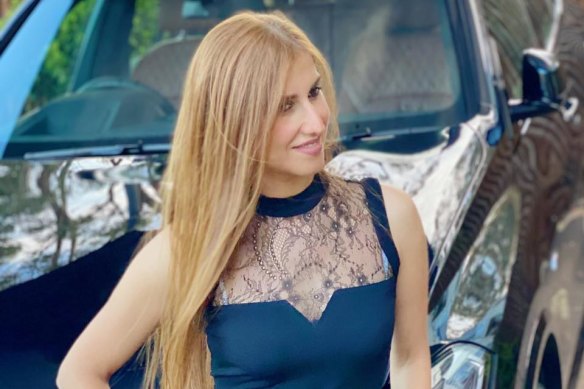 Ola Ouda is taking defamation action against the AFP.Credit:Facebook

“As a result, the AFP and its partners are investigating payments of more than $15 million,” he said.

“This is money that belongs in the hands of our community to help care for some of our most vulnerable persons. We allege that out of greed, it has instead been used to foot the bill for extensive real-estate portfolios, overseas travel and other luxury items.”

Ouda and Shehada were not named in the press conference, however, the pair were identified as the alleged syndicate masterminds in media reports of the arrest, including by The Age.

In his press conference, Hunter gave the ages of the co-accused and said the childcare centre was one of the biggest claimants of subsidies in Australia. 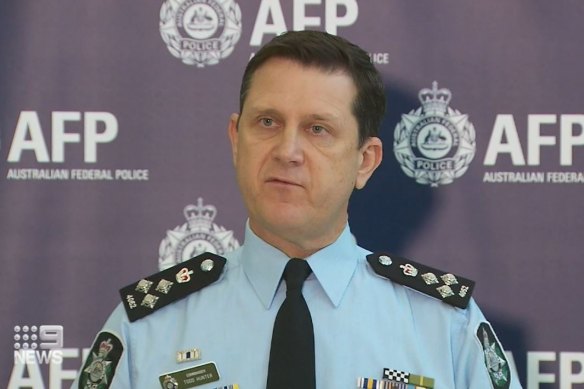 Ouda and Shehada were charged with conspiring with the intention to dishonestly cause a loss to the federal government, however, the case was later dropped when it reached court.

The pair recently lodged defamation action against Hunter and the Commonwealth of Australia in the Victorian Supreme Court, saying that their reputation had been harmed by the AFP.

They are seeking compensation for the destruction of their childcare business, which was worth more than $10 million and generating annual profits of $2.5 million, as well as aggravated damages for the AFP’s conduct.

The Kuwaiti-born pair had business interests overseas that they say were harmed by the press conference, as well as a restaurant that now operates on a greatly reduced scale. 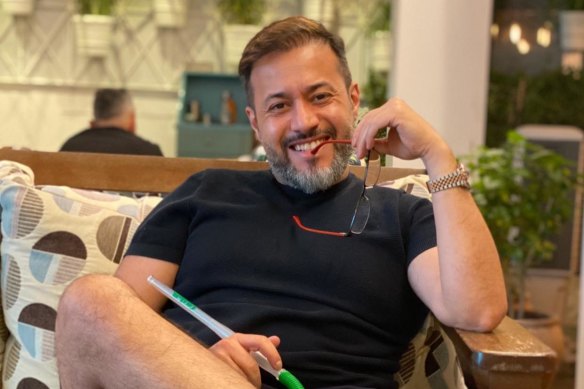 Amgad Shehada was a co-accused who is also taking legal action.Credit:Facebook

“The press conference was undertaking for the sole or dominant purpose of seeking to promote the AFP and to improve the standing and reputation of certain … members of the AFP including Hunter,” said their statement of claim.

“There was otherwise no legitimate forensic need or purpose to hold the press conference.”

The pair claim that there was no reasonable basis for the allegations and that the AFP should have known that subsidies could be claimed without children attending childcare for absent days.

They also allege that much of the evidence collected by the AFP was gathered while childcare centres were receiving business continuity payments from the government during the COVID-19 pandemic. 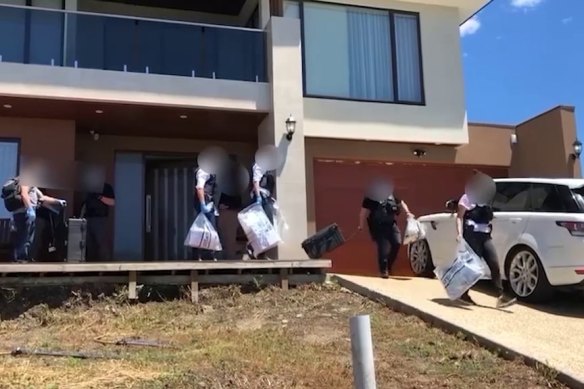 AFP officers raiding properties as part of the investigation that was later dropped.Credit:AFP

This involved centres being paid 50 per cent of their weekly income from before the pandemic, regardless of the number of children who attended.

“Whether or not children did … attend childcare services on the days in which surveillance was undertaken by the AFP made no difference to the funding provided,” the court documents state.

“The defendants ought to have known there was no truth to the imputations.”

In its defence document, the AFP said that it was free to publish the words of the press conference under qualified privilege, which protects communication between certain parties.

The AFP is also relying on a defence of honest opinion and that Hunter believed the material provided to him during the investigation was substantially true.

Rose Rocca, the lawyer representing Ouda and Shehada, said the AFP’s actions had a serious impact on the lives of her clients and their children.

“The special damages are significant and potentially, based on the expert evidence we have obtained, could be more than $9 million,” she said.

“Assuming we succeed, we anticipate an order for aggravated damages which will mean the general damages are uncapped and, again, in that circumstance, we would be expecting general damages in the many millions of dollars.” 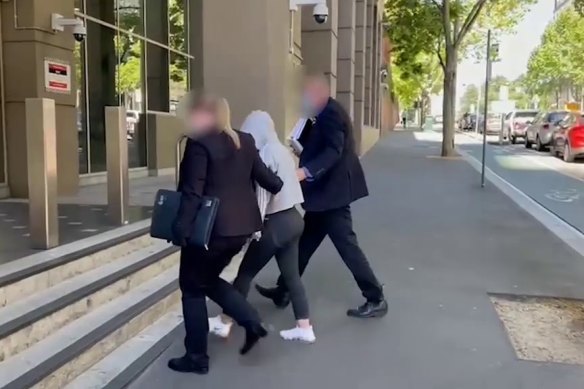 One of the five people charged by the AFP.Credit:AFP

The AFP did not provide comment except to confirm the charges had been dropped.

The Age has complied with a request by Ouda and Shehada to remove its original story when informed of the investigation’s outcome.