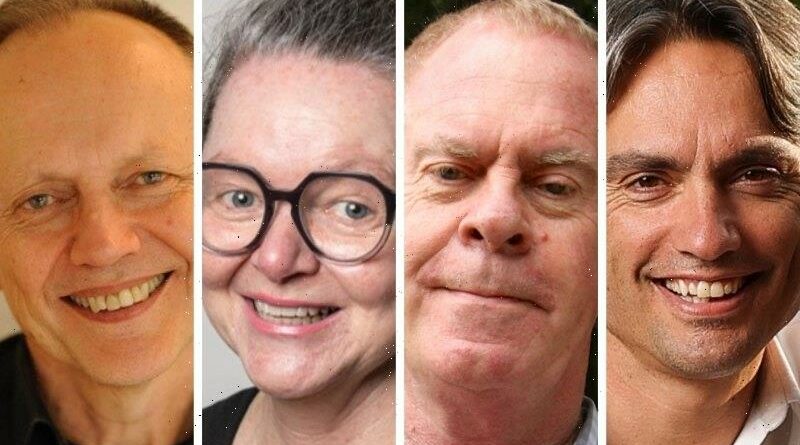 Nick Coatsworth thinks there could be one remedy for the polarising debates among health experts that regularly erupt on social media in the face of the latest twists and turns in the COVID-19 pandemic.

“I worry about how much spills over from places like Twitter into the mainstream media and then into the public,” the former Commonwealth deputy chief medical officer tells The Sydney Morning Herald and The Age. 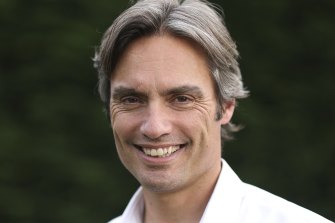 “At times I think it would be better for all of us to sit in a room, and the first point of agreement would be to delete our Twitter accounts. That would be best for Australia – honestly,” he says. “The last thing the public needs is duelling experts.”

His critics will be quick to point out that Coatsworth himself isn’t afraid of a dust-up. In mid-December, the 43-year-old put the boot into the Australian Medical Association on Twitter, dubbing it the “peanut gallery association” after the peak doctors’ lobby called for an urgent step-up of the booster program in the face of the Omicron tidal wave.

His appearance shortly afterward on ABC TV’s 7.30 drew a heated response from Burnet Institute epidemiologist Professor Mike Toole, who vented on Twitter, “Leigh Sales is rewarding Nick Coatsworth for his disgraceful peanut gallery association tweet with an appearance on @abc730 tonight. How low can she go? An insult to the AMA and all front-line GPs”.

As it happens, Coatsworth admires Toole, whom he describes as “the godfather of humanitarian public health in Australia, if not the world”. 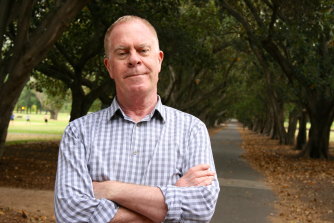 He concedes the “peanut gallery line” was “intemperate”, triggered by his annoyance at what he sees as the AMA’s overly conservative stance on the pandemic in general.

“The booster program had [only] been around for about a week … and the AMA came out and said [it was behind] – I just went ‘grrr’ and threw that peanut gallery barb at them,” he says.

Toole’s had his own share of vigorous Twitter stoushes, including a recent pointed exchange with child health expert Professor Fiona Russell, of the Murdoch Children’s Research Institute, on the vexed topic of children, schools and Omicron.

On January 23, he took issue with Russell over her tweet stating that there’d been “very little evidence for PHSMs [public health and social measures] in schools (or any setting)” – though she said she supported (and had worked on) the Victorian government’s back-to-school measures which include mask-wearing and the distribution of HEPA filters.

Toole subsequently told this masthead he agrees with Dore, and that “there should not be abuse” while adding that “there has been some [interpreting of] disagreement as abuse”.

He also says he was not fiercely on “either side” in the schools debate but felt close attention needed to be paid to paediatric hospital admissions, in particular in the face of the Omicron wave in the United States. 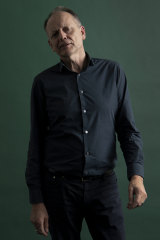 Children’s health is an emotive issue at the best of times, let alone in a pandemic, so it’s unsurprising it’s become a flashpoint in ongoing debates between public health experts over how best to respond to the virus. Broadly that debate remains a divide between eliminationists, suppressionists, and the Coatsworth-aligned “live-with-it” camp.

The advent of vaccines has tilted the balance, with the “living alongside the virus” approach gaining the ascendancy among most of the nation’s political leaders (Western Australia excluded). But the view that elimination is desirable wherever possible still has prominent adherents.

Late last month, Professor Guy Marks, together with the head of the Melbourne-based Burnet Institute Professor Brendan Crabb and the Kirby Institute’s Professor Raina MacIntyre, co-published a paper headed Here’s how we can eliminate COVID-19.

The trio defined elimination not as eradication, but as prevention of “sustained community transmission” – that is, the avoidance of overwhelming outbreaks, arguing the need for “globally co-ordinated action” in pursuit of that goal.

All three are members of an Australian collective of some 70 experts across various health and allied disciplines, calling itself OzSAGE (modelled on the acronym, SAGE, used by the UK’s Scientific Advisory Group for Emergencies).

OzSAGE members sign up to a set of principles, including to “aspire to elimination” – meaning, they say, the prevention wherever possible of “sustained, ongoing outbreaks”.

Among members of OzSAGE who have a particular interest in the schools issue are Anna Davidson, who runs a GP clinic in NSW’s Hunter region, and former AMA president Dr Kerryn Phelps, who have argued the case for delaying a return to face-to-face teaching until more children had been vaccinated and stronger measures were in place in schools.

Davidson, who has also clashed with the Murdoch Institute’s Russell over Twitter, is the mother of a child who is classed as clinically vulnerable. She says not enough has been done to reduce airborne transmission in classrooms and that measures adopted in NSW, in particular (where mask-wearing is only required of high school students, while in Victoria it is from year 3 and up) fall short of World Health Organisation best practice.

She says her group is not about “lockdown and restriction … It’s the opposite. We are about putting mitigation in place so it’s safe for everyone. What is wrong with better air quality? There is no downside to that”.

‘We don’t know what the long effects are going to be … in the absence of that knowledge I don’t think it’s reasonable to take risks with children’s lives.’

Phelps says “a lot of people [are still] frightened about what’s going to happen over the next couple of weeks”.

She says under current government settings there has been a move from the “first do no harm principle that we start with as doctors … to this culture operating at the moment of how much harm can we get away with”.

“With Omicron, it’s reasonably early days, we don’t know what the long effects are going to be, and in the absence of that knowledge I don’t think it’s reasonable to take risks with children’s lives,” Phelps says.

“I have contacts in San Francisco and kids from age two are expected to wear masks in early childhood education … Here it would not be a stretch to have appropriately fitted N95 masks for children from the start of school, even if you didn’t want to put that into early childhood areas.”

Russell, a strong advocate of getting children back to schools as quickly and normally as possible, takes the view that for most students, the social mental and developmental benefits of doing so far outweigh the risks to them of the virus.

Phelps says she does not think the “public combative approach” is the best way to resolve genuinely and passionately held views among different experts. 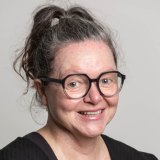 “When you are in a pandemic situation, all of the evidence is emerging in real-time and people don’t have the luxury of time to be putting this through the normal professional filters … I have to believe that all of my medical colleagues have a common goal, and that is to see this pandemic end and preserve as many lives as possible,” she says.

“To the extent that we can, we need to find common ground, and to understand each other’s perspectives.”

Differing takes on sometimes fast-changing evidence are “presented incompletely, sometimes very emotionally, and that leads to all sorts of exchanges that I think are actually unhealthy”, he says.