The CCTV footage shows the man grabbing the child in a suspected abduction attempt in Fenggang, south-east China. 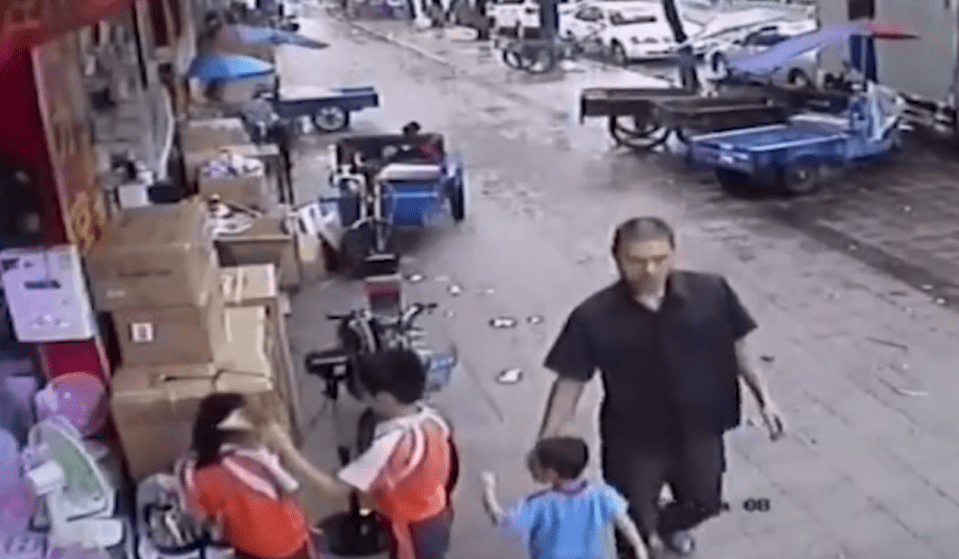 In the chilling clip, the man grabs the boy’s head and then his hand before leading him away from his older brother and another lad.

Luckily, the older boy ran after the man, named only as Zhu in local media, and managed to wrestle his little brother free from the stranger.

After the incident, Zhu casually walks away from the children. 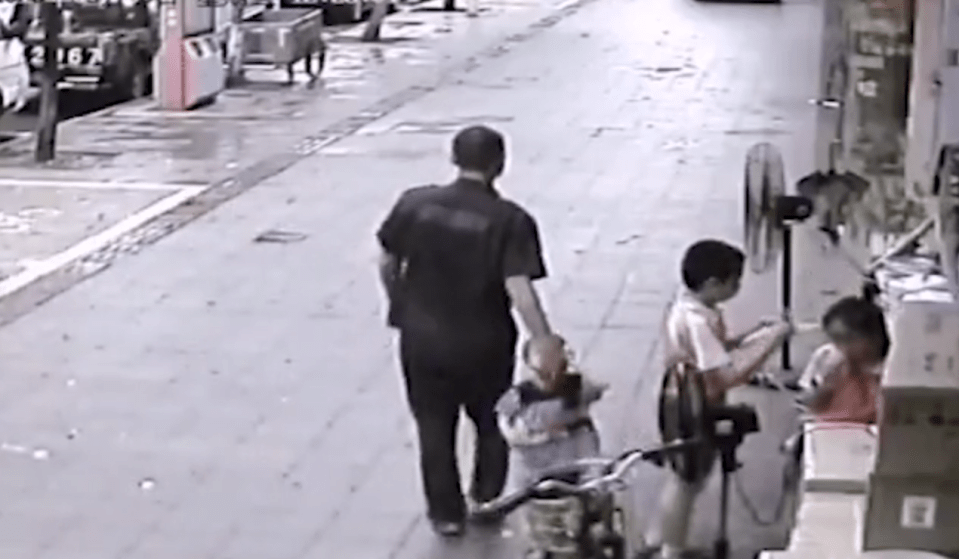 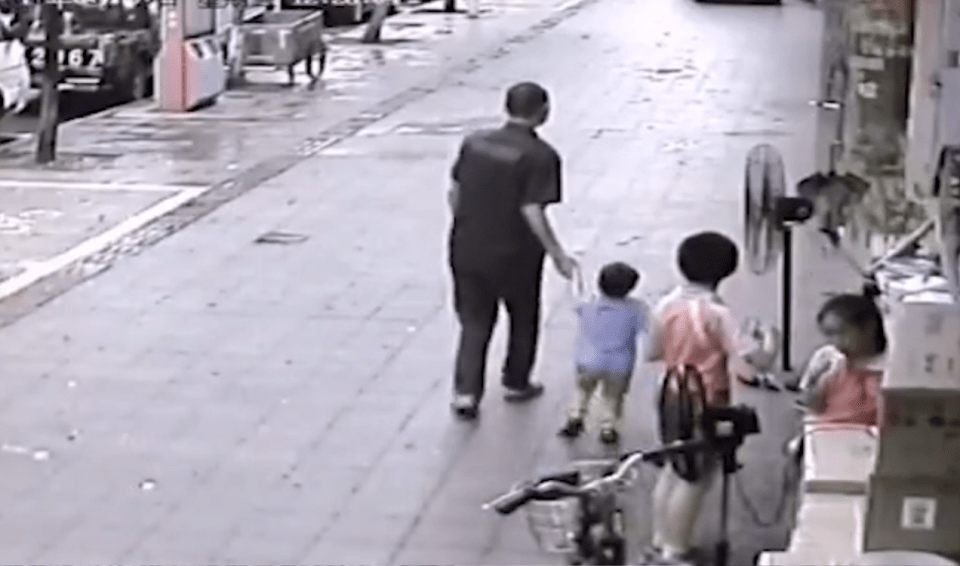 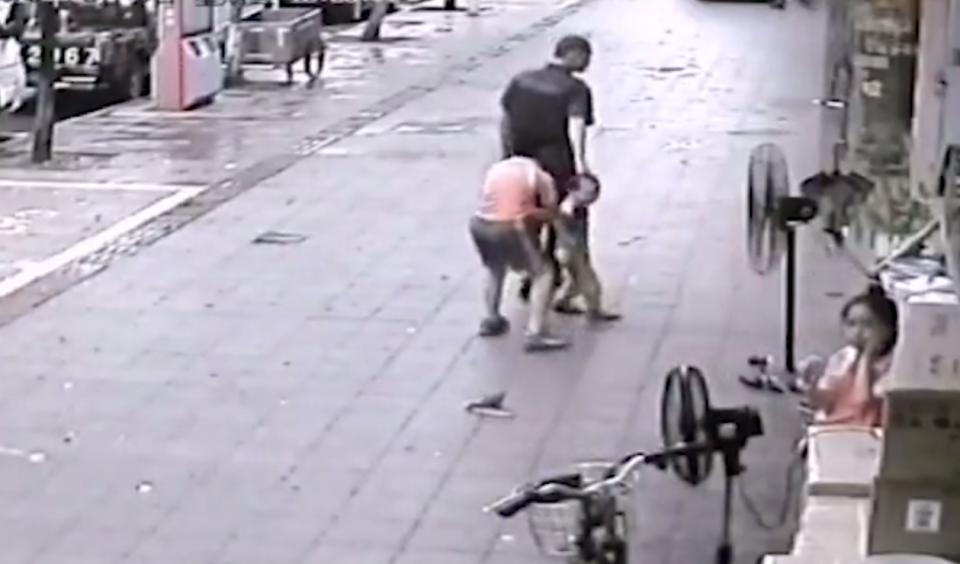 However, when Zhu was tracked down by cops he told investigators that he was only “playing with the child.”

He was detained the same day as the incident and taken to the local police station for questioning.

The case is still being investigated.