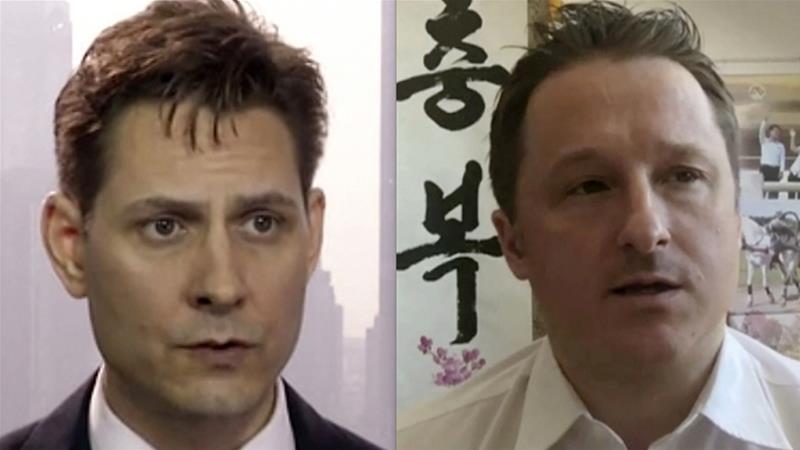 China has accused two Canadians currenctly held there of acting together to steal state secrets and intelligence, according to state media.

Former diplomat Michael Kovrig and entrepreneur Michael Spavor were arrested in China in early December soon after the detention in Canada of Meng Wanzhou, the chief financial officer of Chinese tech giant Huawei, who is currently facing extradition to the United States.

On Monday, China’s official Xinhua news agency cited unidentified Chinese authorities as saying Kovrig violated Chinese laws by acting as a spy and stealing state secrets and intelligence with the help of Spavor. It was the first time the two men’s cases have been linked.

“Authorities stressed that China is a country ruled by law and will firmly crack down on criminal acts that severely undermine national security,” Xinhua said.

No other details were given and Xinhua said further judicial proceedings would “take place based on the case’s progress”.

Kovrig and Spavor have not had access to a lawyer or to their families since their arrest.

But Foreign Ministry Spokesman Lu Kang said China has given necessary notice to the Canadian side and that their handling of the cases of the two Canadians is in accordance with the law.

The latest development comes as China’s foreign ministry repeated its call on Monday for Canada to release Meng after her lawyers said she was suing Canadian authorities over their handling of her arrest.

“We urge Canada to immediately release Ms Meng Wanzhou, let her return to China in safety while ensuring her legitimate and justifiable rights and interests, and not repeat its mistakes,” said Lu Kang during a regular press briefing.

The US is seeking Meng’s extradition from Canada to face charges that she misled banks about Huawei’s business with Iran.

Meng’s arrest in the Canadian city of Vancouver on December 1 set off a diplomatic furore and severely strained Ottawa’s and Washington’s relations with Beijing.

Meng is out on bail and living at a residence she owns in Vancouver.

She is due in court on Wednesday to set a date for the extradition proceedings to start. It could be several months or even years before her case is resolved.

Beijing has accused Canada and the US of a politically motivated attempt to hurt Huawei.

The US has been lobbying its allies to shun Huawei’s products on national security grounds, saying Chinese law requires the company to provide it with intelligence on its foreign clients whenever requested.