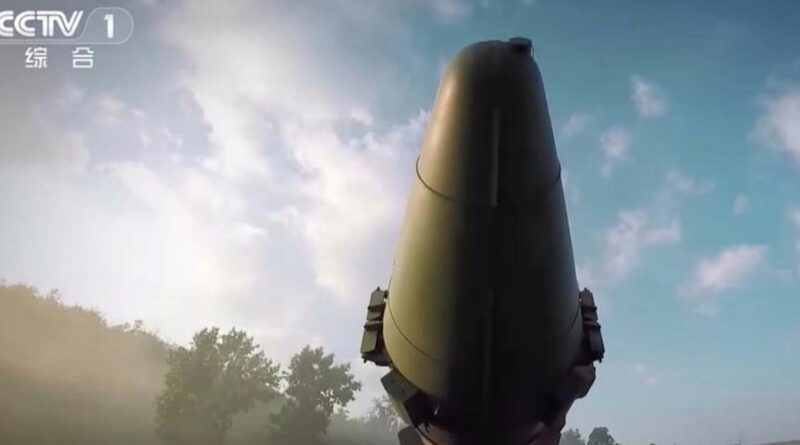 China has shared footage of its world-ending nuclear missiles in a chilling muscle flex.

To mark the country’s National Day, China has shared images of their aircraft-carrier's killer missiles in what has been described as a ‘warning to the USA’ and President Joe Biden.

The footage, put out by Chinese state media, showcases the nation's most powerful strategic level weapons, which are the really big ones, theSouth China Morning Postreports.

The move comes are tensions between China and the US continue to escalate, specifically over Taiwan.

The footage was released as a segment in a documentary series made up of eight parts.

The smaller DF-21D and DF-26B would be a threat to aircraft carriers out in the ocean closer to the location of launch.

The range of the terrifying DF-41 is so big however that it could pose a threat to even the US mainland.

Nuclear war is at the top of the news agenda at the moment, and for an alarmingly high number of separate reasons.

Today (October 4) in a rare event, North Korea fired a missile over Japan without warning, while concerns over Vladimir Putin’s approach to nukes in Ukraine remain an endless source of concern worldwide.

Online, people have been discussing the threats that China’s military poses in comparison to the Russian military, which has been shown to be weaker than first expected.

Taking to Reddit, fido4lilchops said: “Something tells me China also has a paper dragon military. Similar situation as Russia, incompetence and corruption bled them dry of needed repairs/modernization.”

Your__Pal added: "Their equipment may actually be a lot closer to modern grade than Russia.

"I would be less certain of their training and competency, since they have stayed out of most conflicts in the last decade."

In response, its-a-throw-away_ argued: “I wouldn't be so quick to dismiss China's military competence, especially their Navy. Chinese culture values disciplined uniformity in a way Russian culture does not.

“Disciplined uniformity makes is easier to raise and control an effective military force.

“China may have other disadvantages, but coordinated control of its military personnel isn't one of them.”