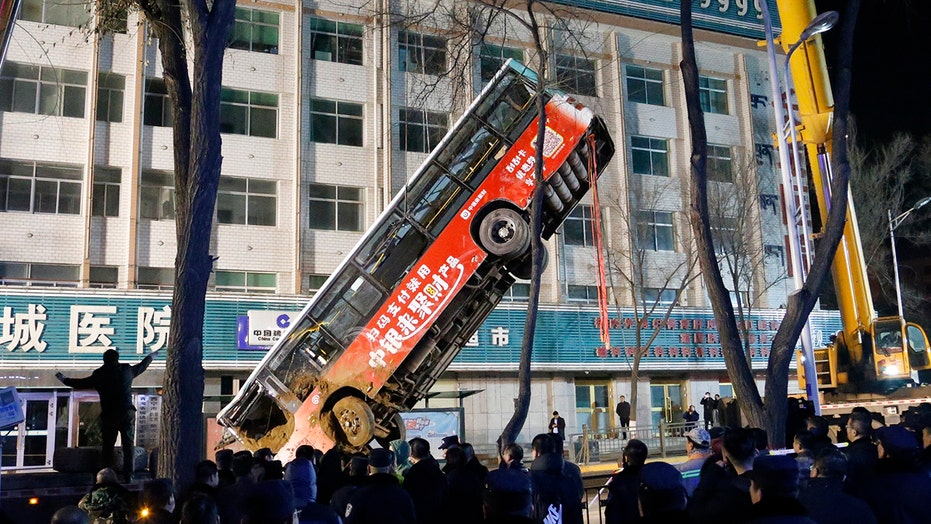 A massive sinkhole swallowed a passenger bus and several nearby pedestrians on a city street in northwestern China on Monday, killing at least six people, authorities said.

The road collapsed beneath a bus stop outside a hospital in the city of Xining, in Qinghai province, one of China’s poorest regions. At least four people were still missing and 16 others were hospitalized.

Pictures from the scene showed the bus tipping vertically into the air as its front end plunged into the chasm and almost entirely disappeared underground. 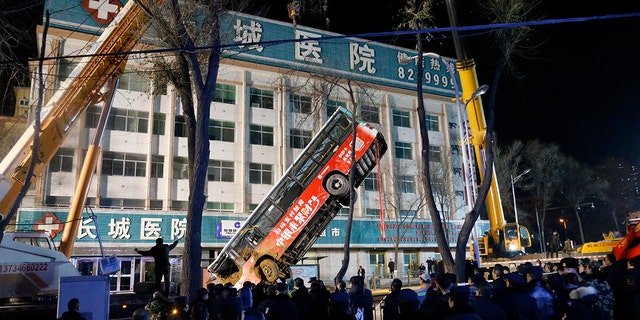 Rescue workers used a crane to raise the bus out from the hole so they could look for victims. (Ma Minyan/cnsphoto via AP)

Video footage on social media showed some nearby pedestrians falling in while others scrambled for safety as the hole spread and gradually swallowed the bus. An explosion was seen inside the hole, possibly a result of the rupture of gas or electricity lines.

As many as 1,000 emergency workers and 30 vehicles rushed to the site, the emergency management bureau in the city of Xining said.

A crane lifted the bus above the sinkhole, which covered an 860-square-foot section of road, so rescue workers could search for victims. 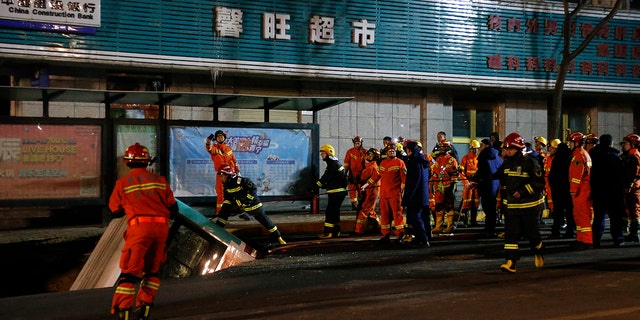 Firefighters descended into the chasm that opened up and swallowed the bus to rescue the victims. (Ma Minyan/cnsphoto via AP)

The incident is under investigation, the state-run broadcaster CCTV said.

Sinkholes in China are not uncommon, with several deadly incidents occurring in the past several years.

In 2018, a sinkhole opened up on a busy sidewalk in the city of Dazhou in southwestern China, killing four people, the BBC reported.

In 2013, five people were killed when they plunged into a 33-foot-wide sinkhole that had spread beneath them at an industrial estate in Shenzhen, Sky News reported.

The sinkholes have often been blamed on the expedited building of roads, tunnels, bridges and other infrastructure. Mining had also caused instability in the ground in many areas after years of barely restricted mineral extraction.