Home » World News » China-Taiwan LIVE: ‘Snap out of it!’ Biden savaged over ‘running scared’ from Xi 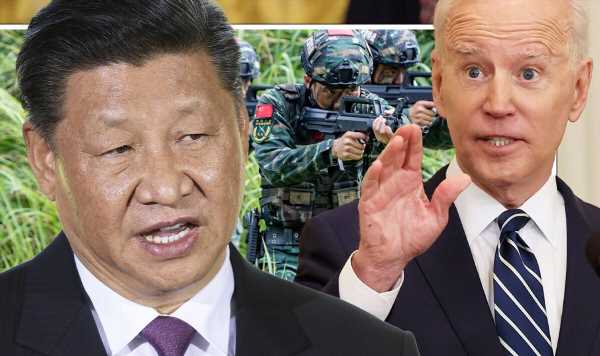 Nikki Haley, former US adviser to the UN has warned that the US President is not taking a strong enough stance against Chinese military aggression and that of other hostile leaders across the world. Speaking to Fox News, she said: “Look at the world in which we live in: here you have Russia sitting there trying to take over Ukraine, they’re taking American hostages; you’ve got China who’s trying to bully Taiwan and scare the rest of the world out of in any way defending Taiwan; you’ve got Afghanistan now harbouring terrorists that are trying to kill Americans by allowing Al-Qaeda back into Afghanistan. It’s been a total mess. And what we’ve seen is Biden run scared from his shadow the entire administration. We’ve got to start showing strength and preventing wars. We’ve got to start taking the world back towards an avenue of peace and not one that runs from any enemy that seems to shout louder, and that’s what we’ve watched Biden do and I think it’s a terrible mistake and we have to snap out of it.” 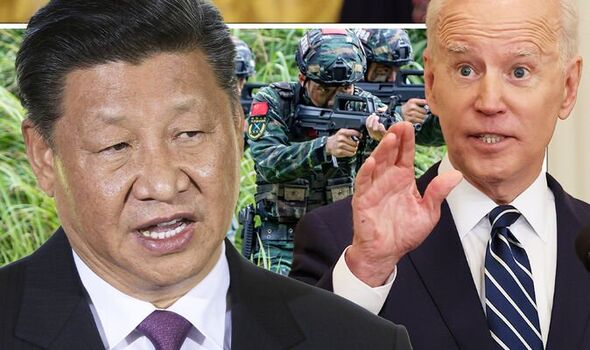 China used its military drills last week to prepare for an invasion of Taiwan, Taiwan’s Foreign Minister has said.

Taiwan has now started its own live-fire drills.

He said: “China has used the drills in its military playbook to prepare for the invasion of Taiwan.

“It is conducting large-scale military exercises and missile launches, as well as cyber-attacks, disinformation, and economic coercion, in an attempt to weaken public morale in Taiwan.”

Good morning from London. I’m Tara Fair, I’ll be bringing you all the latest developments on tensions between China and Taiwan. Please feel free to get in touch with me as I work if you have a story or tips to share! Your thoughts are always welcome.