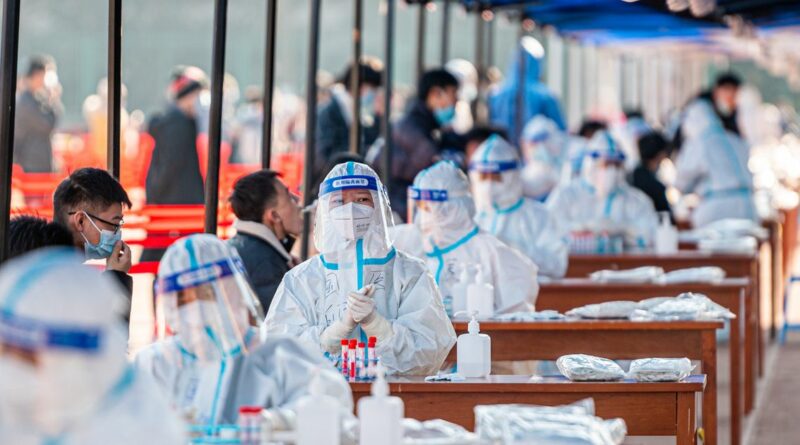 China's leadership has announced that anyone seen driving will be jailed after 162 new Covid cases were reported in Xi'an.

The brutal new lockdown rules come as part of the country's attempt to be Covid free, in the midst of its worst outbreak since the pandemic began.

Local news reports hinted that the reason behind the new rules could be down to the fact that the Winter Olympics, which are being held there in February, is under threat if cases continue to rise.

Despite no cases of the new Omicron variant being reported, the Communist Party said vehicles would only be allowed on the roads if they were assisting with disease control work.

Local health officials and police will “strictly inspect” any cars seen on the road, with rule breakers given a 10-day prison sentence, and a £58 fine.

And a country-wide “stay at home” order was brought in last week, too.

The only other reason allowed for Xi'an's residents to leave will be for “essential travel”.

All open spaces, buildings and roads were disinfected, as a deep-clean regime came into force on Sunday at 6pm.

All non-essential businesses have been forced to close, with every household only allowed to send one person out to buy necessities.

And they're only allowed to do so once every three days.

The “zero Covid” strategy, which is something that Labour Party MP Richard Burgon calls for in the UK on a regular basis, has also seen migrant works from the province told not to travel home for the upcoming Chinese New Year celebrations, as new cases have also been found in nearby areas.

According to local news, there are just four patients in hospital with severe symptoms at the moment.