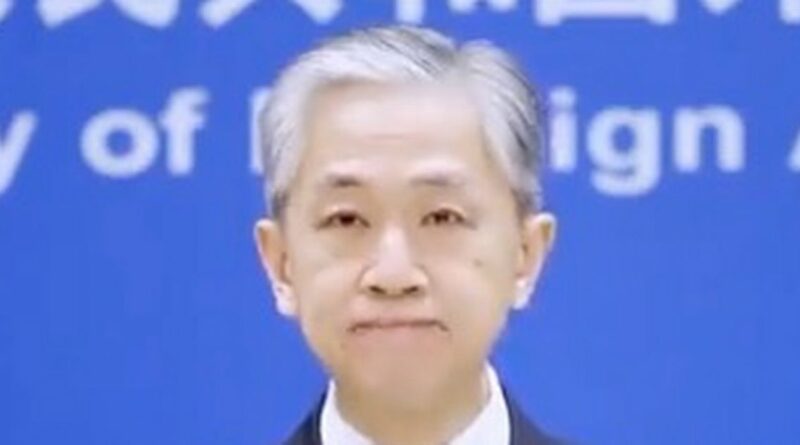 China has warned that "justice" will be coming to the US for their actions in Afghanistan as tensions rise between the countries.

Speaking at a press conference on Tuesday, Foreign Ministry spokesman Wang Wenbin declared that the era of the United States acting “arbitrarily in the world” is over.

The comments were made in response to reports that no US troops would be punished for a botched drone strike in Afghanistan earlier this year that killed 10 civilians, including seven children, News AU reports.

He said: “The US troops’ atrocity of killing civilians in Afghanistan is unacceptable. It is all the more outrageous that the US exonerates the perpetrators with impunity on various grounds.

"While the US talked about ‘democracy’ and ‘human rights’ at the ‘Summit for Democracy’, the innocent Afghan people who were gunned down by the US military were brushed aside and their families had no place to complain about their grievances.

"This is the harsh reality brought to the world by the so-called ‘democracy’ and ‘human rights’ advocated by the US.

“We condemn the brutal military intervention by the US in Afghanistan, Iraq and Syria in the name of ‘democracy’ and ‘human rights’.

"We call on the international community to look into the US military’s war crimes of killing innocent civilians around the world and hold it accountable.

“Justice may be delayed, but it will not be denied. The era in which the US acted arbitrarily in the world under the pretext of so-called ‘democracy’ and ‘human rights’ is over.

"The day of reckoning will eventually come for the US military who committed the crimes of killing innocent civilians in many countries.”

The US initially claimed their strike in Afghanistan prevented an imminent Islamic State attack on the ongoing evacuation at Kabul Airport.

However, it later merged that their actions had killed civilians. Defense Secretary Lloyd Austin apologised for the “horrible mistake” but did not punish anyone for the deaths.

Fears of World War 3 have been on the rise amid the row between the US and China for months.

Last month, reports emerged that a US warship sailed through Taiwan Strait despite rising tensions as China has threatened to take the country by force.

It was part of what America's military has called "routine activity" but the Chinese government believes America is trying to raise tensions further.