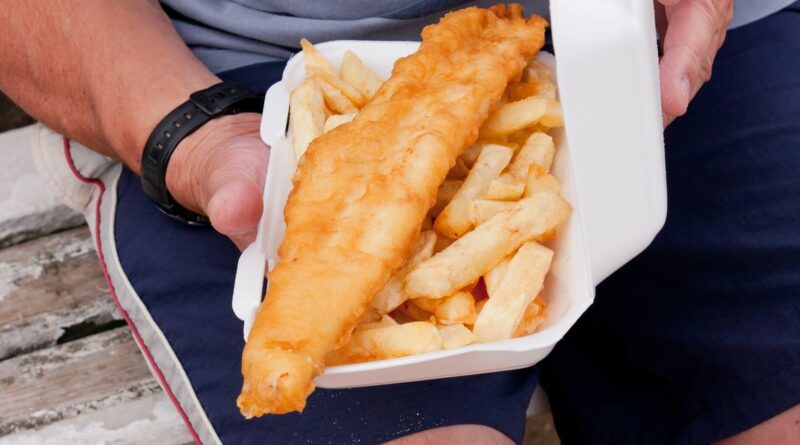 Fish and chip shops around the country are facing "extinction" due to the cost of living crisis, industry insiders have warned.

Shops in the West of England are struggling over the soaring prices of cod, sunflower oil and energy, with the National Federation of Fish Friers stepping in and urging the government to cut VAT.

One business owner has claimed the cost of living crisis has slashed profits and made business "worse" than it was during the pandemic.

READ MORE: Rampaging crocodile sparked plane crash that killed 20 after being smuggled onboard

Craig Williams, from Sand Bay Fish and Chip Shop, claimed that when people were furloughed, they were coming in to spend their money at the store.

But fish shops are struggling to stay afloat and are instead being battered by the cost of living, with Williams saying: "People were coming in to spend their money [when] they were furloughed.

"People had money in their pockets, people are penny-pinching now. So fish and chips might not be top of their priority list on a Friday night."

Jason Ford, from the same shop, had said profits were down by worrying numbers, adding "business had dropped by about 30% – but we're still going".

Fisheries Federation President Andrew Cook had spoken on the fall in profits and survival rates of fish and chip shops.

He revealed that 66% of stores had cut their opening hours to save money, leaving staff members of just four people per store on average, BBC reported.

President Cook added: "Unfortunately this is potentially an extinction event for small businesses. It's like nothing we've ever seen before."

A government spokesperson said: "We are working closely with industry to mitigate the impact our sanctions against Russia may have on British businesses, including through the creation of the £100m UK Seafood Fund."

A meeting between the National Federation of Fish Friers and ministers is reportedly in the works, with the aim of pushing for more help for businesses.