Home » World News » Chlöe Swarbrick: Hard work is no longer enough to get you a home 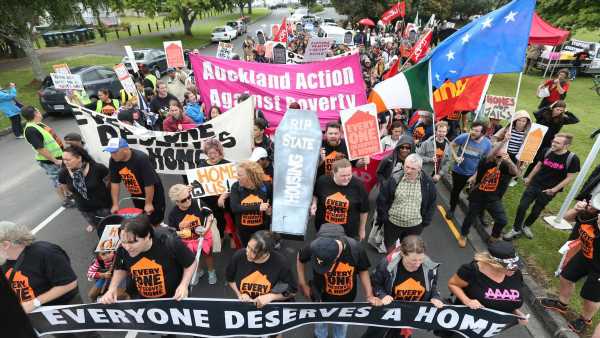 The argument presented in Parliament and by property investors last week is that the minority of people who own the majority of homes in this country are hard-working. Now, I don’t doubt they worked hard.

But capital gains on property, funnily enough, come from all of our hard work. It’s the investment of all New Zealanders in our shared infrastructure, neighbourhoods and communities.

I hazard to guess the majority of New Zealanders would agree our essential workers – checkout operators, cleaners, nurses and teachers – who put their wellbeing on the frontline during Covid-19 are also hard-working. So it’s the unspoken bit in last week’s mainstream coverage and commentary, about who’s seemingly not “hard-working”, that riles me up.

For the one-third of New Zealanders who rent the roof over their heads, and on average spend more of their income on housing costs than those who own a home, it’s probably beyond exhausting to remind society that you are hard-working, too. That you deserve a place to call home.

When you’re fighting for survival every other day, it’s hard to find the energy to fight “the system” of rules stacked against you. It’s all the harder when you’re not particularly well represented in our House of Representatives, nor reflected in the media landscape.

Last year, the New Zealand Herald commissioned research by Ramifier that found that close to a third of homes in this country are owned by people who have just one.

The least wealthy half of New Zealanders own just 2 per cent of the wealth of this country. The top 10 per cent own 59 per cent. Throughout Covid-19, the Reserve Bank of New Zealand’s “Unconventional Monetary Policy”, warned to have “distributional impacts”, is likely to have exacerbated that gap.

But society isn’t a Monopoly game. We can change the rules when they do not work for the majority of us – when they’re feeling pretty unfair – because we made them up in the first place.

We can change the norm of economic thinking that tells us all we do is in self-interest. It’s a man-made, broken theory. There’s screeds of evidence on human nature that shows we aren’t the self-centred beings Adam Smith or Ayn Rand want us to be. We help strangers. We rally community and share indiscriminately in disaster.

If food prices rocketed up the way house prices have in the last year, we would be rallying together to protest.

So why are we not protesting now, when families are having to choose between paying the rent and buying food for their tamariki? When rangatahi are leaving their education behind to help support their whānau? I dare anyone to tell me those New Zealanders are not hard-working.

I really don’t think families living in their cars care about the political intricacies of who said what about bright-lines and capital gains when. They care about how they are going to make ends meet, if ever.

The changes introduced last week recognise homes are not regular commodities. These steps to confront the crisis are important – but they don’t go far enough.

Kāinga Ora (by far the most successful house-building arm of the Government, with thousands to its name over the past three years) hasn’t been required to build affordable homes (a term this Government has been unwilling to define), and there’s no mention of new state housing builds.

We haven’t yet tackled rents (despite landlord spokespeople claiming they will now increase them, after having not decreased them throughout the most generous economic circumstances of the past year).

New Zealanders do not have to live in poverty, which is really, really expensive in the long run. We can have a more equal society, if we choose it.

After all, what are we all working so hard for anyway?

• Chlöe Swarbrick, Green Party, is the MP for Auckland Central