Home » World News » Choosing your own working hours, copping a seat on the train and access to 4G should be basic human rights, say Brits in poll

A poll of 2,000 adults found we would also ideally like to have mobile phone charging points in public areas, free gym membership and complimentary sun cream on hot days. 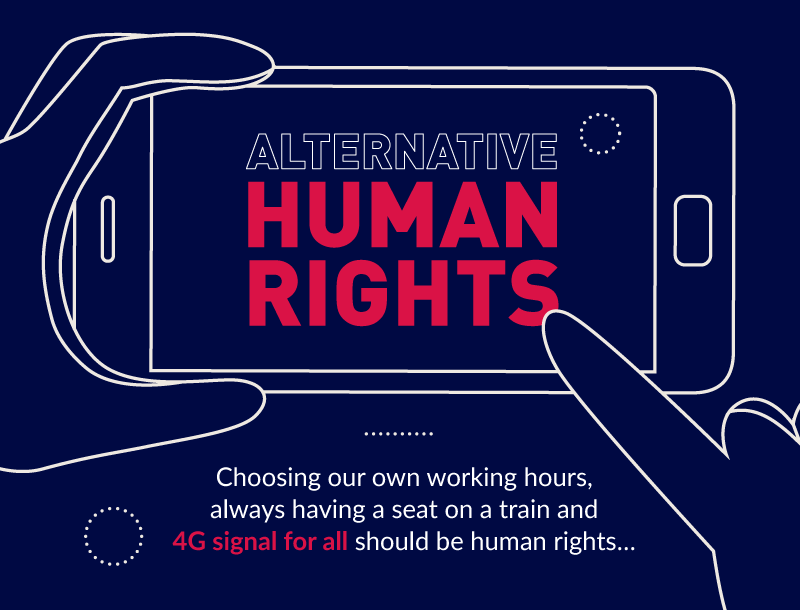 Having at least one holiday a year, having free access to Wi-Fi and not having to pay tax, also made the list.

A spokesman for NET Coverage Solutions said: “As the results suggest many of us have very strong views on the rights which should be available to all.

“Some of the things have been genuine human rights for many years – access to water, freedom of speech and so on.

“However, many represent the modern world – such as strong phone signal and being able to choose your working hours.” 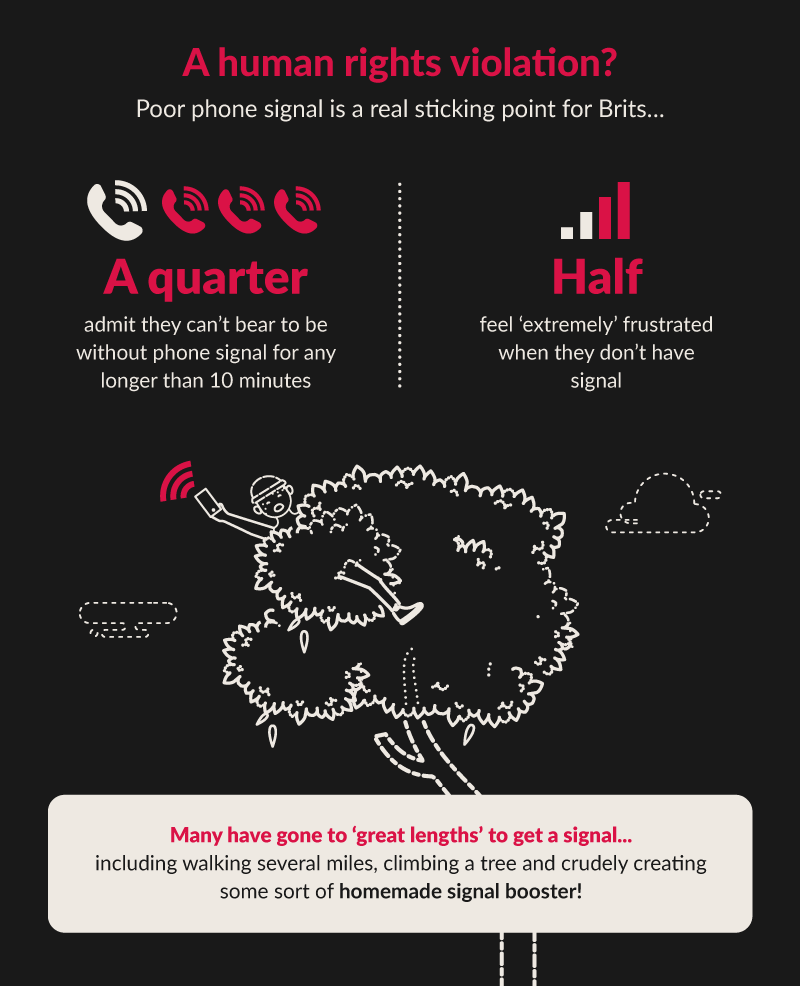 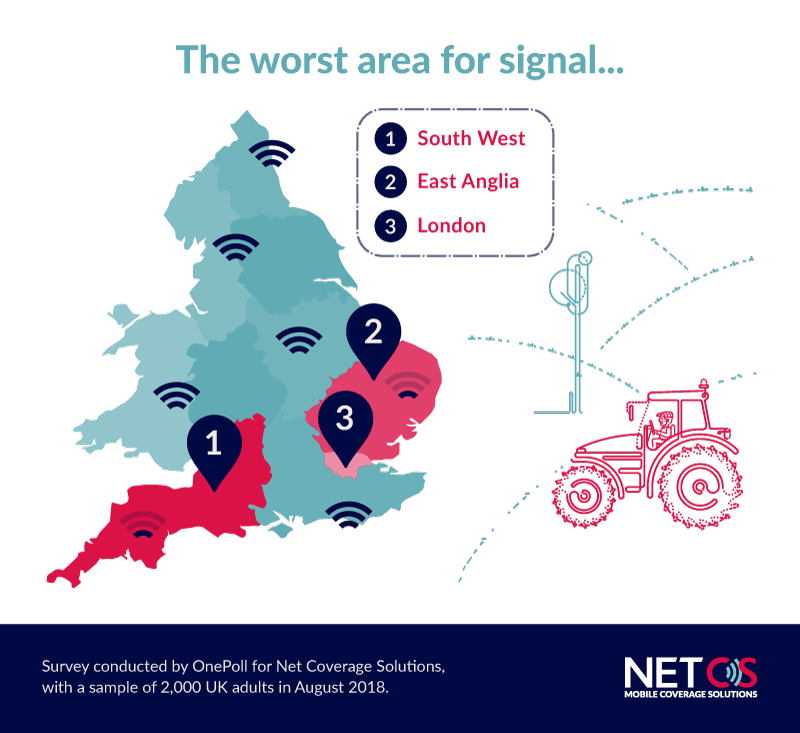 The study also found one third have complained about the fact these ‘rights’ haven’t been fulfilled.

In fact, nine out of 10 people believe it is important to fight for one’s rights and have their say.

But more generally 75 per cent will complain when goods and services are not up to scratch, and four out of 10 people have even felt compelled to complain on someone else’s behalf.

One third have no qualms making their frustrations public – most frequently to friends, family and colleagues, but also through online reviews and through social media posts. 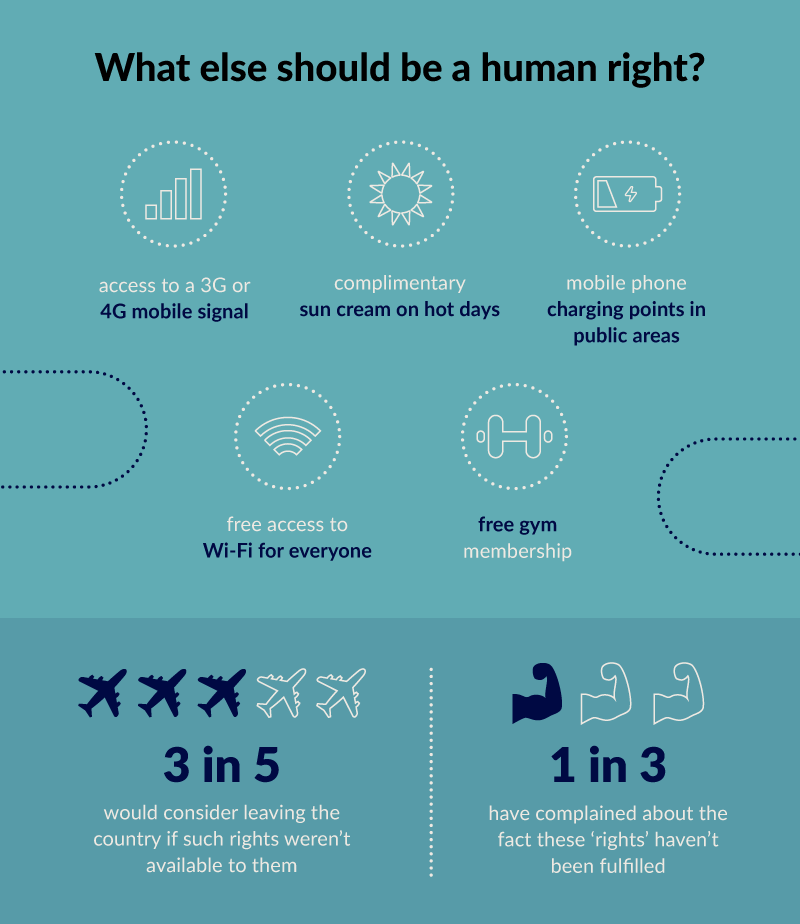 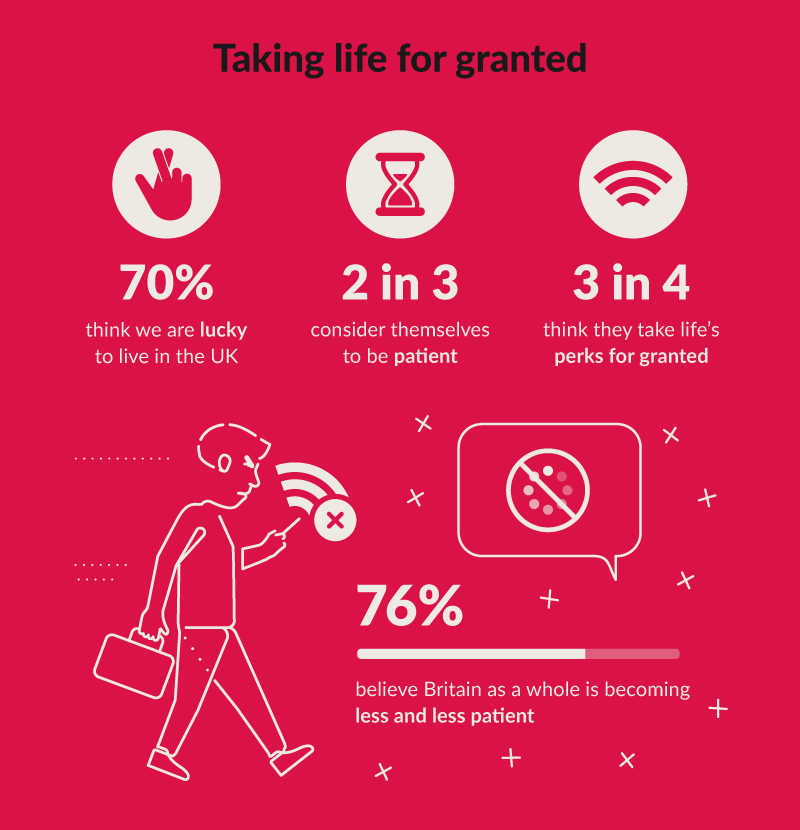 Carried out through OnePoll.com, the research also found poor phone signal is a real sticking point for Brits.

One quarter admit they couldn’t bear to be without phone signal for any longer than 10 minutes, with more than half confessing they feel ‘extremely’ frustrated when they don’t any.

So much so, many have gone to ‘great lengths’ to get a signal – including walking several miles, climbing a tree and crudely creating some sort of homemade signal booster.

Signal in hotels is a concern among those polled too – around one fifth have experienced bad phone reception while staying a hotel during the past 12 months.

Four out of 10 of those even said it had ruined their stay.

Seventy per cent of those polled expect good mobile signal when visiting a hotel – and a third state that a lack of it would put them off visiting that hotel ever again.

The worst area for signal in hotels according to those polled is the south west, followed by East Anglia and London. 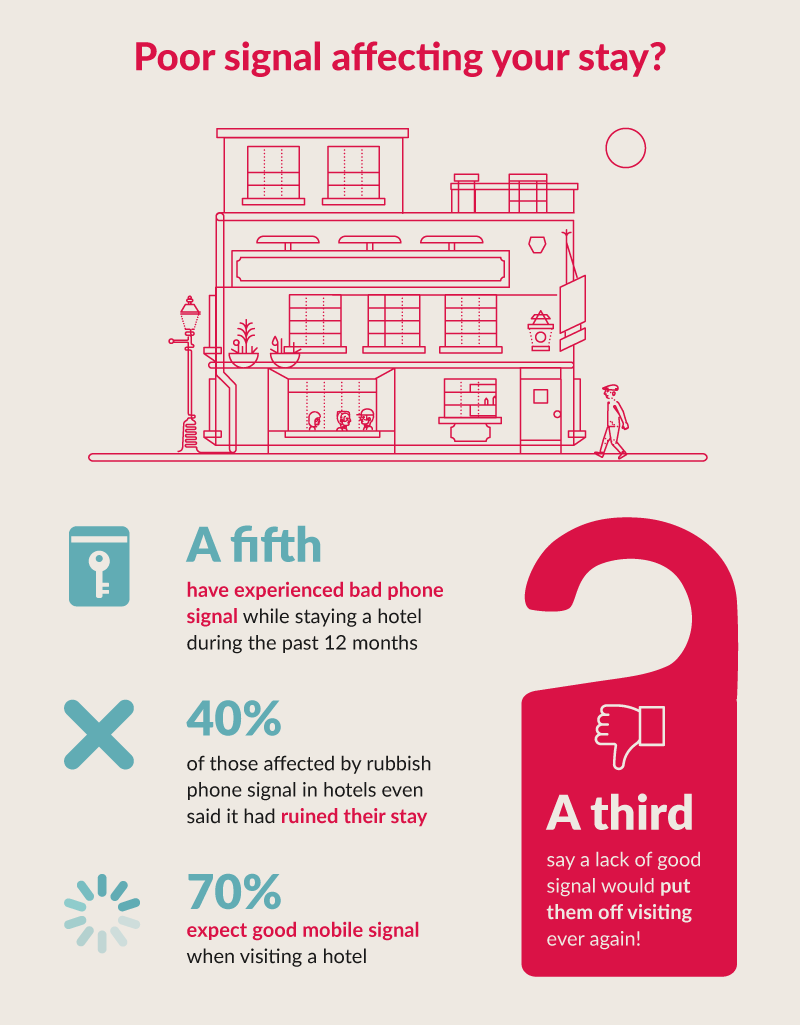 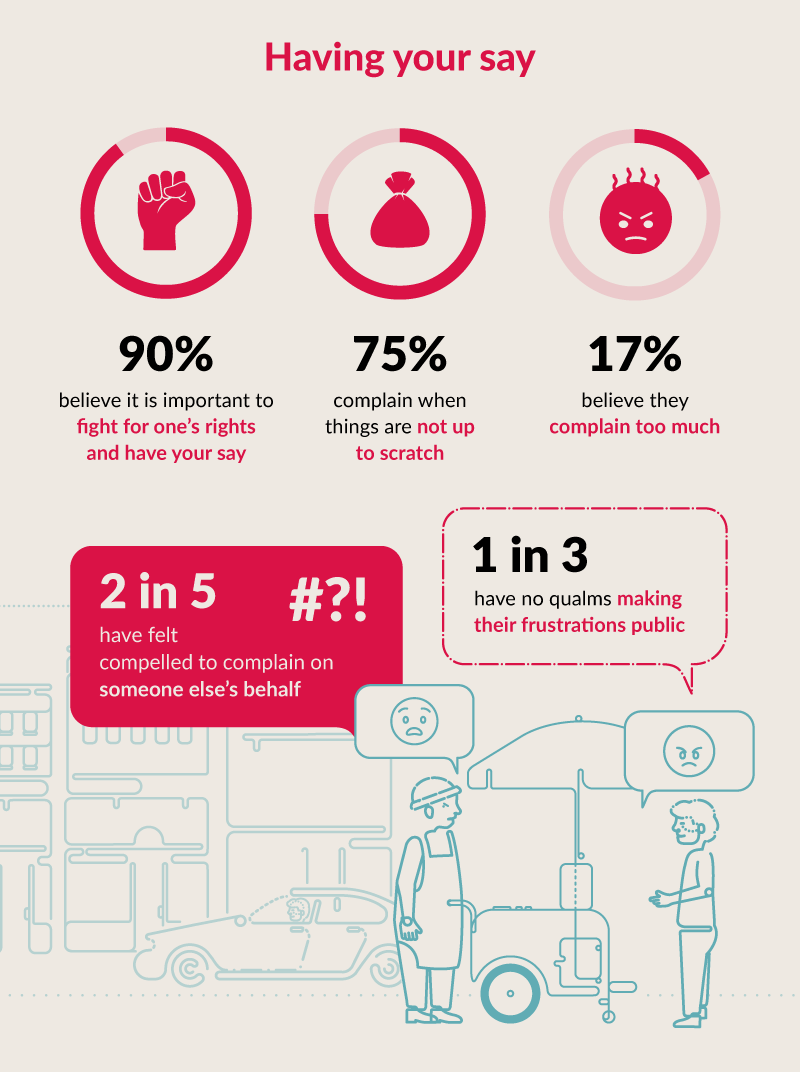 However, 17 per cent of those polled believe they complain too much.

On the flipside, it also emerged three quarters of people think they take life’s perks for granted – and the same proportion think they should express appreciation for the good things in life more often.

Seven out of 10 people think we are lucky to live in the UK – and 76 per cent believe Britain as a whole is becoming less and less patient.

Despite this, two thirds consider themselves to be patient.

A spokesman for NET Coverage Solutions added: “Clearly strong mobile phone signal is very important to people in general – but absolutely key to those staying in hotels, especially those on business.

“Hoteliers might not realise just how important signal is to their guests but the results suggest a lack of it could prevent people staying at their hotels again in the future.