‘He is treating the north of England with contempt’: Fury as Chris Grayling pulls out of summit on Northern Rail shambles due to Heathrow vote

Chris Grayling has been accused of treating the north of England with ‘contempt’ after he pulled out of a summit on the Northern Rail shambles.

The Transport Secretary was due to appear at the Place North West conference in Manchester today to discuss train chaos which has wreaked misery for commuters.

But he ducked out at the eleventh hour – sending junior transport minister Liz Sugg instead.

Mr Grayling insists his absence is because he has to be in London for a crunch parliamentary debate and vote on the expansion of Heathrow Airport.

But organisers of the summit tore into the Cabinet minister – accusing him of ‘running scared’ from the summit. 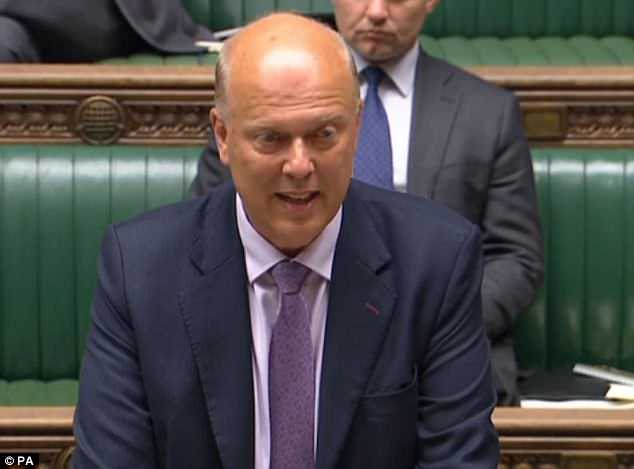 Lisa Nandy, the Labour MP for Wigan, said: ‘After four weeks of misery on northern railways, it’s unbelievable that Chris Grayling has pulled out of a rail summit in Manchester to discuss Heathrow with London leaders.

‘It shows total contempt for the north. He ought to get up here and explain what he’s doing to get a grip of this crisis.’ 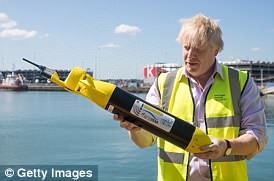 Boris Johnson has been accused of being too scared to ‘put his money where his mouth is’ as he prepares to dodge a crunch vote on Heathrow expansion.

The Foreign Secretary has been taunted by senior Tories for swerving the Commons showdown despite previously vowing to ‘lie down in front of bulldozers’ to prevent the third runway being built.

Ministers appealed to MPs to help make Brexit a success by giving the go-ahead for the west London plan tonight after half a century of indecision and delay.

But the clash will expose deep divisions across parties – with Theresa May having already suffered one resignation and half of Labour MPs expected to defy Jeremy Corbyn to support the scheme.

Mrs May has confirmed Mr Johnson will be abroad acting as the ’embodiment of Global Britain’ when the Commons clash happens – although his exact location remains a mystery for ‘security reasons’, with speculation he might be in Africa.

He had been expected to attend an EU foreign ministers meeting in Luxembourg today, but Alan Duncan is now due to deputise.

Andy Burnham, the mayor of Greater Manchester, told Sky News  he thinks Mr Grayling made the ‘wrong decision’ by skipping the summit.

He said: ‘He was down to come this morning – he should have made the trip and got bac k for the heathrow debate.

‘By cancelling it sends out a clear message that the Govenrment’s focus is not on the north of England.

‘That has been pretty apparent – over the last few weeks there has been chaos on our railways and the Government has been asleep at the wheel.’

He added: ‘Four years after being promised the Northern Powerhouse,the Government’s focus is truly on London and the South East.’

Commuters have had to endure hundreds of cancelled trains and long delays after Northern Rail unveiled its new, botched, timetable overhaul on May 20.

Northern, a subsidiary of Arriva, has blamed the disruption on delayed engineering works and a shortage of drivers who are trained along certain routes.

But they have faced a barrage of criticism form fed-up train passengers and local MPs who have told the firm it must get a grip on the chaos.

Several MPs with constituencies in the north will join Ms Sugg at the summit today, and will travel back down to London to make it back in time for the heathrow vote.

But MR Grayling is set to open the Heathrow  debate – meaning he will be in the Commons Chamber from around 4pm to open the debate.

‘Chris Grayling may have chickened out of meeting RMT members and their supporters on Monday, but I’ve got a message for him – you can run but you can’t hide.’ 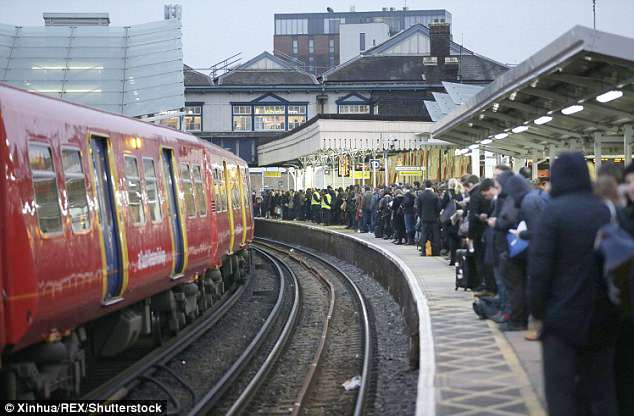 Angry commuters are set to vent their fury by staging a string of protests outside train stations today.

While Mr Grayling insists he has to be in London for the late night vote on Heathrow, Boris Johnson is being allowed to miss it.

The Foreign Secretary is a vocal critic of proposals to expand the airport and has previously promised to lie down in front of bulldozers to stop the scheme.

But he has been accused of cowardice after he was allowed by Theresa May to travel abroad in order to skip the key vote.

Tory MP Sarah Wollaston has suggested Mr Johnson should put his money where his mouth is and join former trade minister Greg Hands who quit the frontbench in order to vote against the scheme.