Home » World News » Christchurch reminds us of the cost of inaction

I remember March 15, 2019. Not because it started out as an extraordinary day. I had an early meeting in my electorate office, two school visits and then an afternoon interviewing applicants for a vacant position in my office. We’d just come out of a week packed with International Women’s Day events and I was looking forward to a relatively quiet week before the events celebrating Harmony Day started. I remember that day. I remember that week. 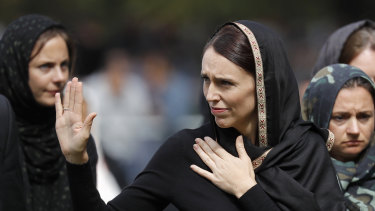 It was around 9am in Perth when news first started to come in about a mass shooting in the New Zealand city of Christchurch. The details were scant but my first instinct was to respond in the same way that I responded to any news of an attack – with immediate questions about the nature of the attack (was it terrorism?) and the perpetrator (I hope it’s not another Muslim) and the victims (I pray there are no fatalities). That response, I realise, has become automated – an effective response to terrorist attacks – a response that becomes written into our psyche until we no longer question it, its origin, or even its logic.

It wasn’t long before my questions were answered – it was terrorism and there were fatalities. But this time was different. This time Muslims were the victims, slain while they worshipped in the sanctity of their community mosque. I was shocked. But I was not surprised.

I spent the next week taking media calls and speaking with members of Muslim communities around Australia. In the aftermath of terrorist attacks around the globe, Muslims in Australia had become accustomed to bracing themselves for the inevitable flurry of verbal and physical abuse- the pig heads left at mosque doors, the graffiti calling them all "terrorists", the Letters to the Editor claiming that the latest attack was further proof of the inhumanity of Muslims. They had become accustomed to the media demonisation and the calls by our Prime Minister and the Minister for Home Affairs for the community to "own" Islamic terrorism and to “call it out”.

I have shared those feelings of insecurity and the fear that an attack by a lone actor somewhere in the world would mobilise a revenge attack on Muslims here in Australia. As a researcher in the field of counter-terrorism and counter-radicalisation I had closely followed the rising tide of right-wing extremism and knew the threat was very real.

I also shared the feelings of anger that, despite calls by Muslim communities and experts in the field, the threat of a violent right-wing attack was not taken seriously. For years academics, researchers and practitioners in the field of counter-terrorism have warned of the increasing threat of a violent right-wing attack. To some extent, that threat had already eventuated in significant ways. In 2010, two members of the neo-Nazi terrorist organisation Combat 18 fired shots at a Perth mosque. In 2014 and 2015 mosques were vandalised with a pig heads. Later in 2015 another mosque had “white power" graffitied on its walls. In 2016 and 2018 mosques were fire-bombed. Similar incidents have occurred in NSW, Victoria and Queensland. All pointed to a dangerous and growing trend and, sadly, Christchurch reminds us of the cost of inaction.

Now, a year on from Christchurch, we are still calling for action. Just a few days ago the Director General of ASIO warned that the threat of right-wing extremism was real and growing. The Global Terrorism Index, which I launched in Canberra last week, reports a 320 per cent increase in the number of far-right terrorist incidents in the last five years. Arrests of right-wing and neo-Nazi terrorists in the US, UK and parts of Europe indicate that these group are becoming more prolific, more organised and more capable.

As we commemorate the lives lost in the terrible tragedy of Christchurch, members of the government are making ludicrous statements that the term "right-wing" is offensive and the Minister for Home Affairs diverts the discussion. This is not good enough. We need leadership on action to ensure that our laws and our capabilities are fit for purpose to handle the growing right-wing threat.

The Christchurch attacker was Australian. He was not radicalised in a vacuum – radicalisation doesn’t happen like that. It’s not good enough for our leaders to distance themselves and say "he’s not one of us”. Unfortunately, he is. We cannot let another year go by without acknowledging this.

Anne Aly is the Labor MP for the West Australian seat of Cowan.

Could I be fined for not wearing a face mask on public transport?
Travel