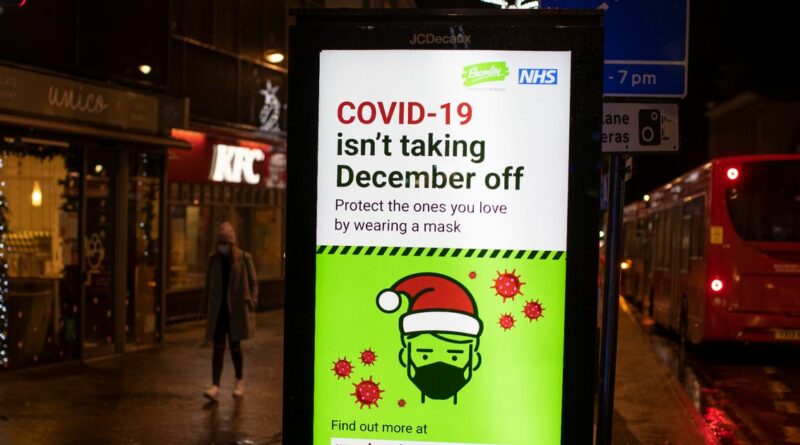 Fears of another Christmas lockdown are growing after scientists warned the "worst ever" Covid-19 variant may already be in Britain.

Health Secretary Sajid Javid said the Omicron strain, which has an unprecedented 32 mutations, may already have arrived from southern Africa after Belgium said it had a confirmed case.

The World Health Organisation warned evidence suggests the variant has an increased risk of re-infection and may spread more rapidly.

But despite previous reports, it appears the new strain may not be as resistant to vaccines as first feared.

The UK yesterday banned flights from six southern Africa countries, as experts fear festive restrictions may be required to tackle the spread of the variant, which was named Omicron by the World Health Organisation.

But it's feared the variant may already be here after it emerged 10,000 people arrived from South Africa in the past two weeks.

And experts worry that history could repeat itself a year after the Alpha variant triggered a Christmas lockdown.

Prof Adam Finn, of the Joint Committee on Vaccination and Immunisation, warned: "We all need to be ready for the possibility of a change in the restrictions."

Mr Javid said the Government is still following its Plan A but warned, "if we need to go further, we will".

He said in an emergency statement: "It is highly likely it has spread to other countries. We are concerned this variant may pose substantial risk to public health."

Mr Javid urged people who have arrived from any of the countries in the last 10 days to take a Covid test.

Prof Sharon Peacock, director of the Covid-19 Genomics UK Consortium, said we may only be able to "buy time" before the Omicron variant gets in to Britain.

She said: "Once a new variant of concern emerges, and it's fitter than the previous variant, it can be difficult to stop it going into a country unless you have very, very lockdown rules."

Dr Susan Hopkins, chief medical adviser at the UK Health Security Agency, said: "It is the most worrying we have seen."

Asked if it could already be in Britain, she said: "It's always possible", the Mirror reports.

Chris Hopson, chief executive of NHS Providers, said any spread "could coincide with what we're expecting to be an extremely difficult winter".

Carol Popplestone, council chair of the Royal College of Nursing, called for swift action. She urged: "The Government must reintroduce compulsory face coverings immediately and set out further steps in the coming days."

Welsh rugby teams Cardiff and Scarlets were trying to return from South Africa, and 15 UK and Ireland golfers have quit the Johannesburg Open.

AstraZeneca said it is hopeful that its antibody cocktail will retain efficacy against the variant.

England's weekly R number has risen above one to between 1.0 and 1.1, estimates suggest.

In the latest 24-hour period, 50,091 infections were recorded, the highest daily count for over a month.