A CHURCH has been erected a bizarre 22-foot tall Jesus statue that has an uncanny resemblance to musician Phil Collins.

Religious officials refused to comment on its similarities to the Genesis star but believe they have broken a world record. 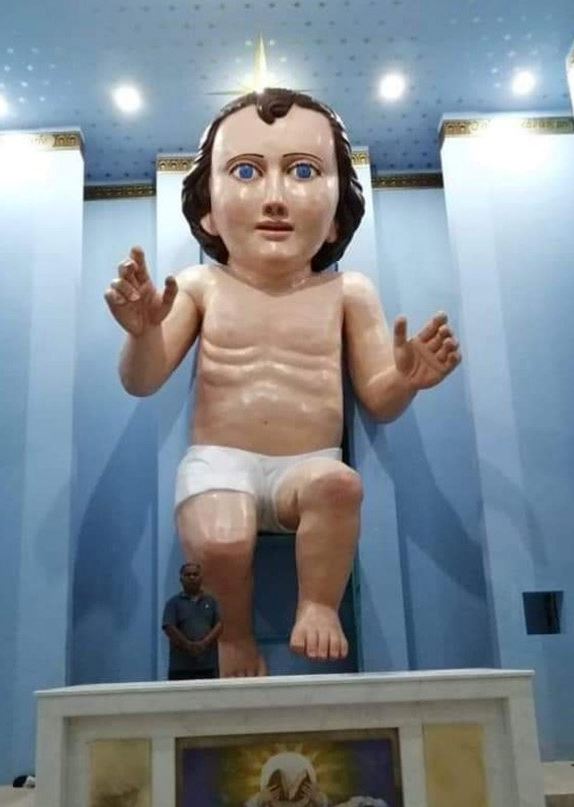 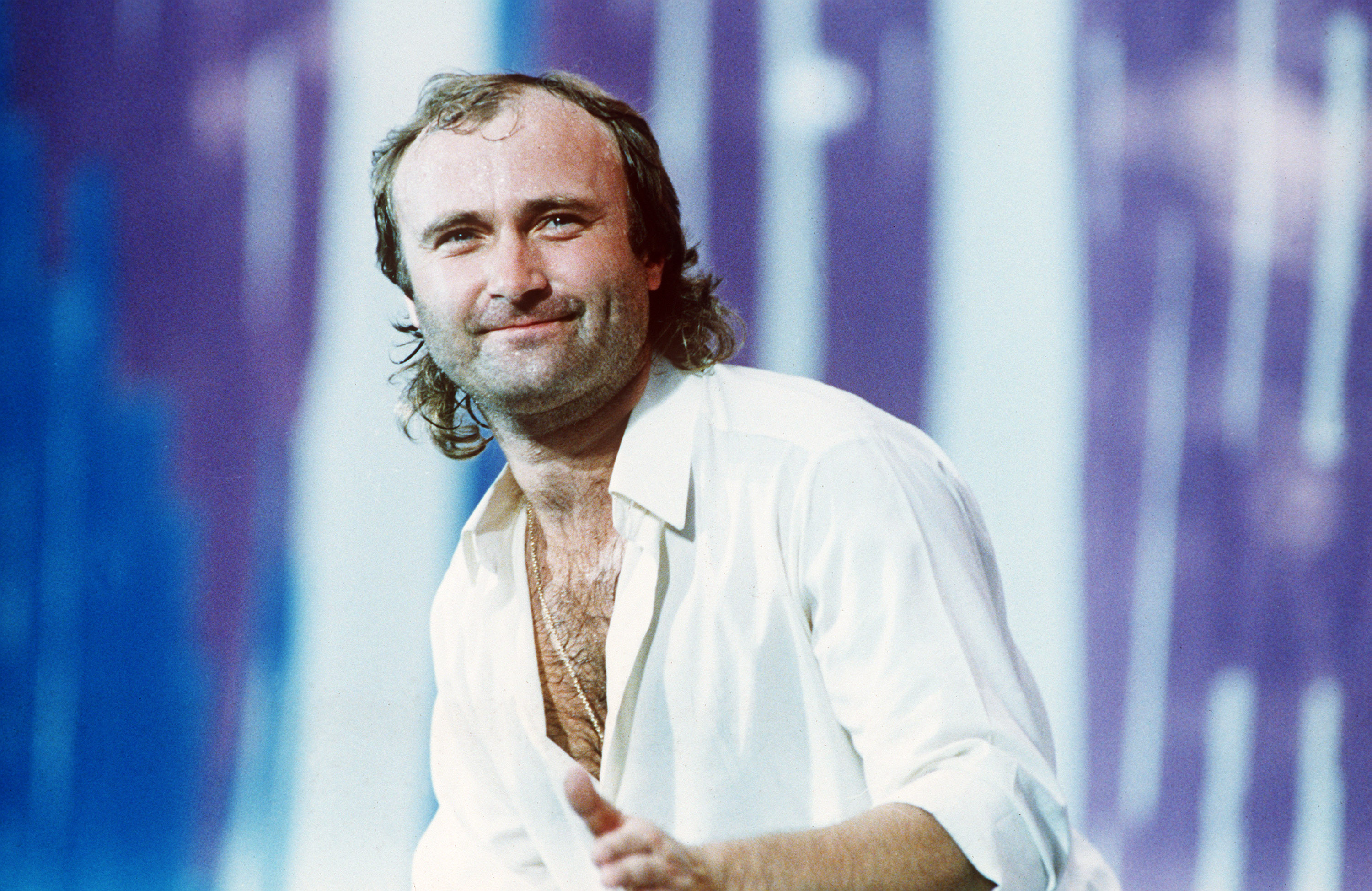 The foreboding figure, which weighs 2,000 pounds (142 stone) and is taller than an adult giraffe, could be the biggest baby Jesus ever made.

Reverend Humberto Rodriguez explained that he only wanted a statue that would "fit the church".

What he didn't expect was for the towering piece to resemble a baby version of the deity.

He told Central European News: "There is a space of between 26 feet between the ceiling and the floor."

I never intended to make it the biggest baby Jesus statue in the world.

So the preacher of La EpifanÍa del Señor church ordered one that was 21 feet tall to be made by a sculptor.

Rev Rodriguez said: "I never intended to make it the biggest baby Jesus statue in the world."

Now the saintly statue hangs at the head of the church against light-blue walls.

Comparisons between it and Phil Collins started due to their similar tuft of hair at the front, apparent mullet at the back and blue eyes.

The 68-year-old, who rocked a similar look in the mid-1980s, has since sported a more closed-shaved look for many years.

Sculptor Roman Salvador told the New York Post that he made it out of fibreglass, resin, automotive paste and automotive paint.

It then travelled 12 hours from the city of Chimalhuacán to the church in the Mexican state of Zacatecas.

Rev Rodriguez has since researched other baby Jesus statues to see how they measured up compared to theirs.

They claimed the previous record-holder was 16 feet tall and weighed 661 pounds (47 stone).

Rev Rodriguez has since contacted Guinness World Records in a bid to become the "largest baby Jesus statue" titleholder.

The world's largest Jesus statue is Christ the King, which stands at 120 feet tall and is located in Swiebodzin, Poland.

Another sizeable saint in South America is Rio De Janeiro's Christ the Redeemer, which is 98 feet tall and has arms that stretch 92 feet across. 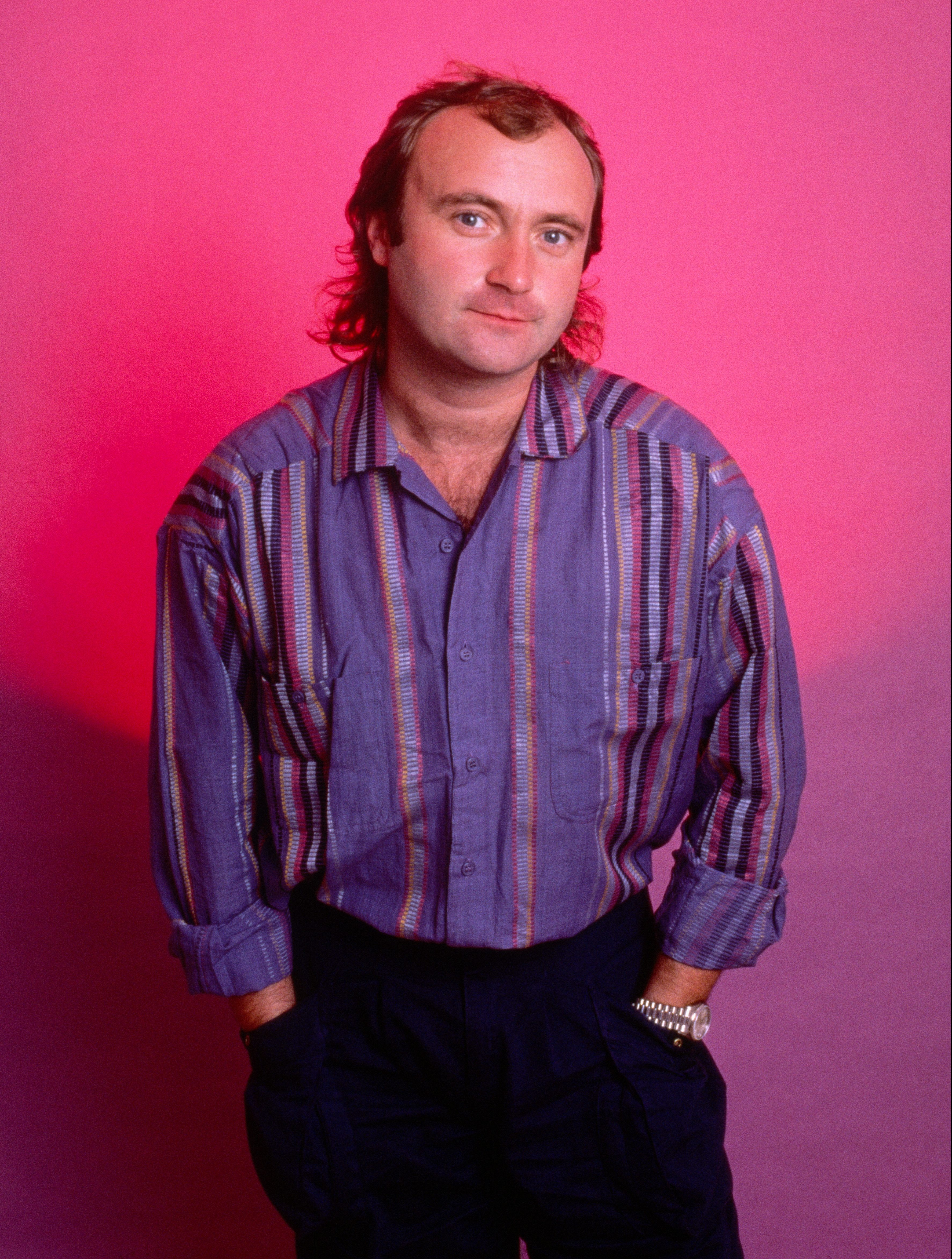 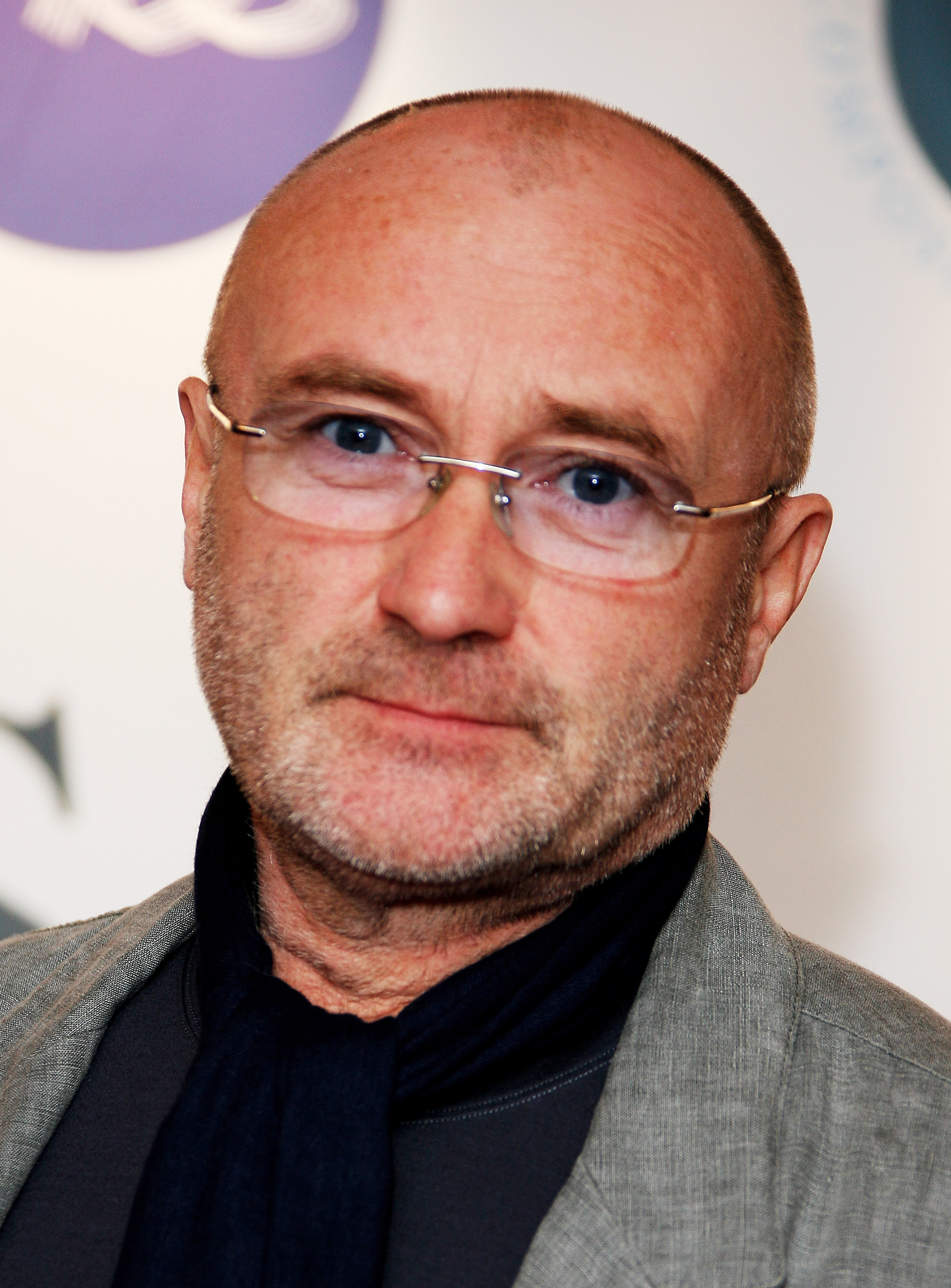