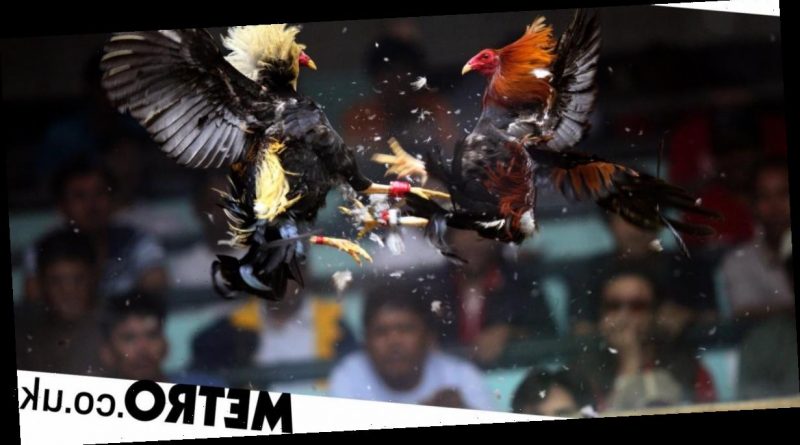 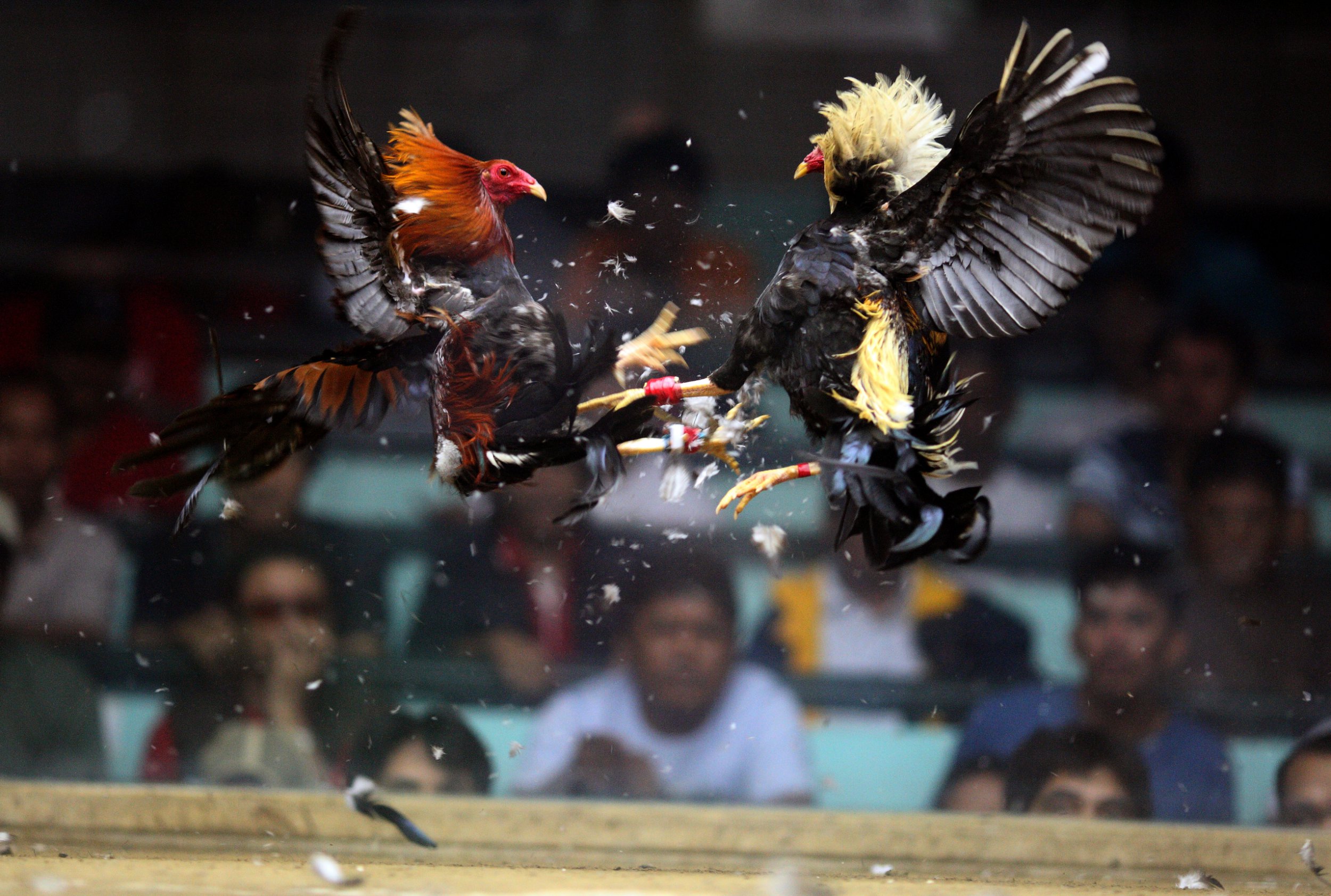 A rooster with a blade tied to its leg has killed its owner during an illegal cockfight in southern India, police have said.

The animal, which was equipped with a three-inch blade, fluttered in panic and slashed 45-year-old Thangulla Satish in his groin last week, authorities confirmed.

Satish was injured while he prepared the rooster for a fight.

‘Satish was hit by the rooster’s knife in his groin and started bleeding heavily,’ Insp Jeevan said, adding he died on the way to a hospital.

The officer said police filed a case and were looking for over a dozen people involved in organising the cockfight.

If proven guilty, the organisers can be jailed for up to two years.

Insp Jeevan said the rooster was brought to the police station before being taken to a local poultry farm.

‘We may need to produce it before the court,’ he added.

Images of the rooster tied with a rope and pecking on grains at the police station were widely viewed on social media.

Cockfights are common in the southern Indian states of Telangana, Andhra Pradesh, Tamil Nadu and Karnataka despite a countrywide ban imposed in 1960.

Animals rights activists have for long been calling to control the illegal practice, which is mainly organised as part of local Hindu festivals usually attended by hundreds of people.

However, the crowds sometimes swell to thousands.

The cockfights are often held under the watch of powerful, local politicians and involve large sums of betting money.

Last year, a man was killed when a blade attached to his bird’s leg hit him in the neck during a cockfight in Andhra Pradesh.

In 2010, a rooster killed its owner by slashing his jugular vein in West Bengal state.

According to police, the rooster involved in last week’s incident was among many other roosters prepared for the cockfight betting festival in Lothunur village.

As the practice goes, a knife, blade, or other sharp-edged weapon is tied to a bird’s leg to harm its rival.

Such fights continue until one contestant is either dead or flees, declaring the other rooster the winner.