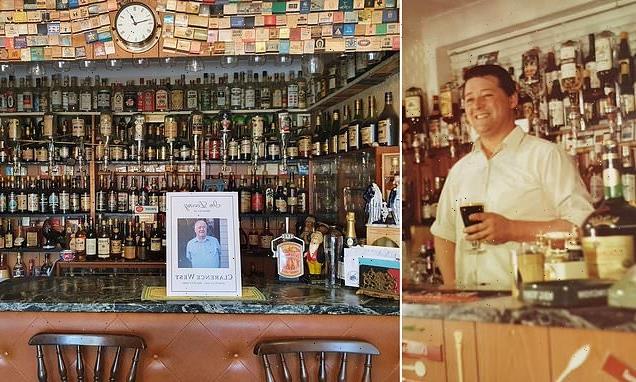 In high spirits! Joy as family of late businessman sell 400 bottles from his incredible collection of liquor for £61,000 after his death

An impressive collection made up of hundreds of bottles of spirits amassed by a businessman has sold for £61,000 following his death.

Clarence West, 79, began collecting bottles in 1971 after deciding to build a bar in the corner of his dining room, despite not being a big drinker himself.

Over the next 50 years, the father-of-four from Gravesend, Kent, grew his collection to around 600 bottles, including whisky, cognac, rum, gin, vodka and brandy.

Following his death last year, Mr West’s family have sold 400 of the bottles for £61,000 via the drinks auctioneers Whisky Auction. 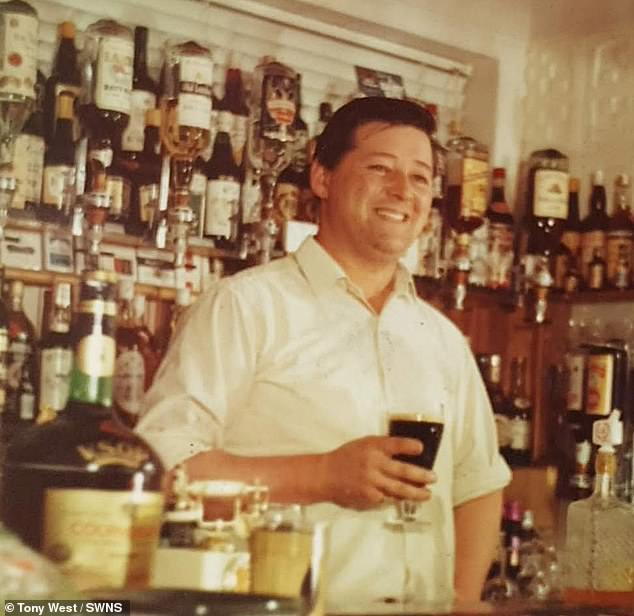 Clarence West pictured in the 1970s with his impressive collection of spirits, which recently sold for £61,000 at auction

While Mr West would have been delighted with the outcome, he had never planned to make money out of his bottles, his wife Rita says.

Mrs West said: ‘In 1970 we had an extension put in to build a bar and the first bottle he bought was in 1971. It just escalated from there.

‘I don’t know why he started really. We thought we would have a bar in the corner of the dining room and I said why don’t we build an extension.

‘He collected cigarettes and match boxes too. It just used to look nice.’ 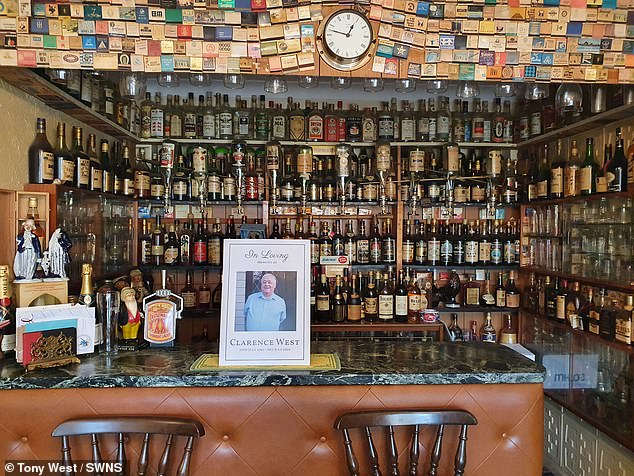 Mr West began collecting bottles in 1971 after deciding to build a bar in the corner of his dining room, despite rarely drinking himself

Mr West kept a meticulous record of what bottles were in his collection and what was missing.

‘He labelled them all too. He didn’t have any other hobbies and it just made the room look nice.

‘He just loved it. He had a visitors book that people would sign. None of the collection was touched but people would come and have a drink if we had a party, years ago.’

Over the next 50 years, Mr West grew his collection to around 600 bottles, including whisky, cognac, rum, gin, vodka and brandy 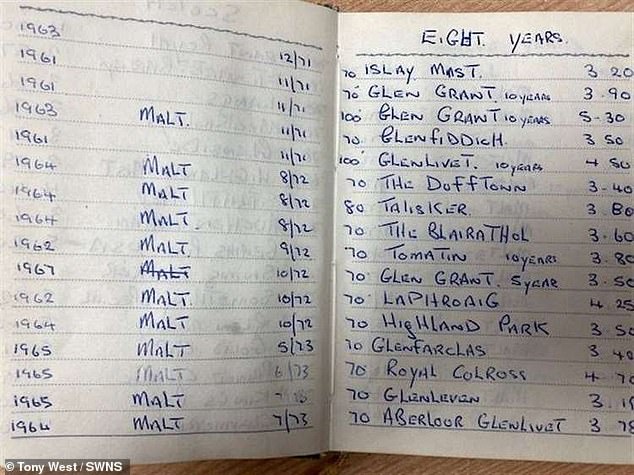 Mr West kept a meticulous catalogue of his drinks collection in a tiny notebook, including when the drinks were bought and how much he paid for them

Many of the bottles were left unopened and kept in pristine condition, which is why the family have been able to sell them.

They were all catalogued in a tiny notebook detailing the date purchased and original price, usually only a few pounds.

While selling Mr West’s collection has proven difficult, his family are delighted with the end result.

The most valuable bottles include a Laphroaig 10 Year Old whisky bottled in the 1970s, which sold for £2,000. 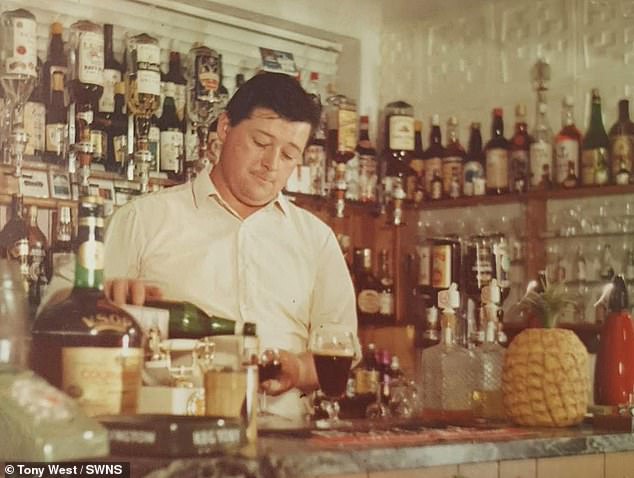 Most of his collection has been sold to a museum in Singapore, where it will be displayed together with a photograph of Mr West.

Mrs West, who describes her husband as a ‘great character’, said: ‘Everyone liked him. He was a marvellous father to four sons – Stephen, Tony, Richard and Jason. He was a very good bloke and he helped a lot of people.’

Mr West started his career as a coal merchant before becoming a Calor gas merchant and then opening a shop – EKP in Northfleet High Street – selling caravan accessories and power tools.

He eventually moved the shop to Parrock Street with his son, before taking a step back from the business, although he never really retired and carried on book keeping until six weeks before his death.

Mrs West said: ‘He was always a businessman,’ added Rita. His mind never stopped with business. ‘He couldn’t ever not do anything – he always like to keep his mind going.’ 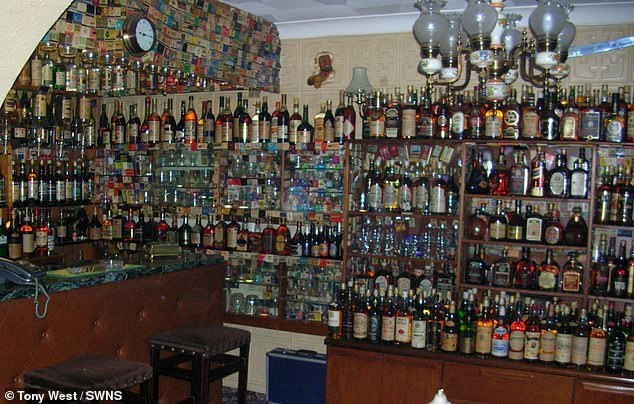 But she said the drinks collection was a separate part of his life.

‘He knew what he paid for it and he knew it would increase in value but we didn’t expect it to be that high,’ she said. ‘He didn’t do it for that – it was just a hobby.

‘When he passed away we knew it would have to go. It was lockdown so we couldn’t get in touch with anyone to look at it.

‘It was a bit of a shock when we found out the total amount. I couldn’t believe it. I thought he’s left us a bit more than we expected.

‘He would have been in his element if he knew that.’

Mrs West said her family have not yet decided what to do with the proceeds of the collection, but they plan on having fun with it.