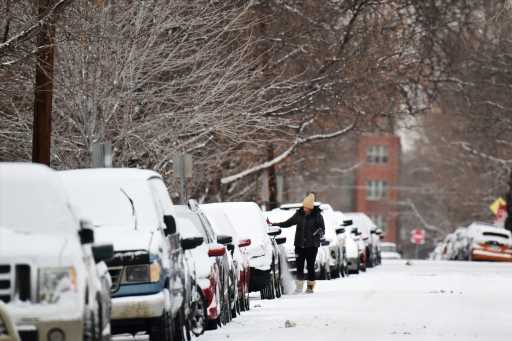 Drivers around Denver have battled harsh road conditions over the last 24 hours following a weekend snowstorm that made pavement around the metro area slick.

The Colorado Department of Transportation is reporting wet and icy roads around the metro area. Officials are asking motorists to give themselves more time to get where they need to go and to slow down on the drive to their destinations this morning. Unfortunately, Sunday, the roads got the best of Denver’s drivers leading to a 50-car pileup on Interstate-25 and another 15 vehicle crash on Interstate-225.

Both I-25 and I-225 were reopened Sunday night, but there are still active closures in other areas as crews respond to issues around Denver.

There are two problem spots on I-25 early Monday causing issues. A crash on the southbound side of the highway near Lincoln Street in Denver has reduced the road to two lanes. A few miles away near Hampden Avenue two right lanes are closed due to a crash also on the south side of the road. An earlier collision near Orchard Road has been cleaned up.

A lane has been closed on I-225 going south near Mississippi Avenue while crews clean up a collision.

Due to a few spin outs, two lanes are closed on Interstate 76 near Sable Boulevard in Brighton.