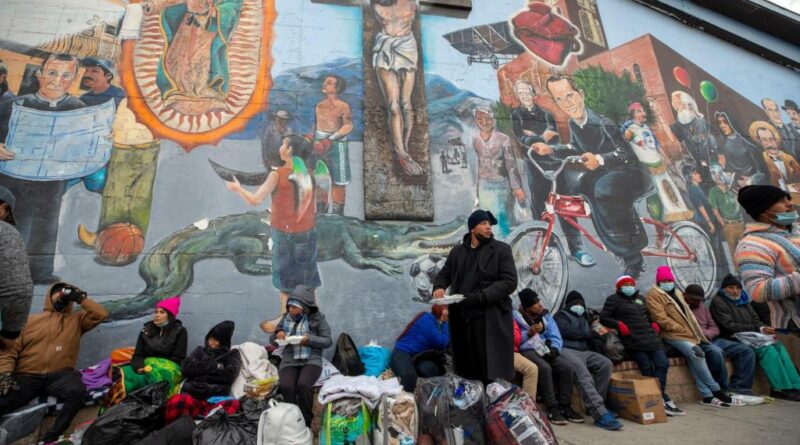 There are no current scheduled migrant buses from Denver to Chicago, the Colorado governor’s office said Saturday, and a final state-chartered transport of migrants to New York is scheduled to leave Sunday.

On Saturday the Democratic mayors of Chicago and New York, Lori E. Lightfoot and Eric Adams, respectively, sent a joint letter to Gov. Jared Polis, a Democrat, urging Colorado to “halt its practice of busing migrants” to their cities.

“It is apparent that the influx of asylum seekers has provoked consternation amongst states,” the Lightfoot and Adams letter said.  “Although we share the concerns of accommodating the flood of asylum seekers, overburdening other cities is not the solution. We respectfully demand that you cease and desist sending migrants to New York City and Chicago.”

Polis, in a Saturday news release, said that he “had a very productive conversation” with the two mayors.

“People fleeing violence and oppression in search of a better life for themselves and their families deserve our respect, not political games, and we are grateful we have been able to assist migrants to reach their final destination,” Polis said. “We refuse to keep people against their will if they desire to travel elsewhere. While the federal government and Congress, unfortunately, have failed the American people on immigration reform and border security, Colorado continues to assure culturally competent and humane support to help assist migrants escaping oppression.”

Polis said this past week, in part, that migrants were bused from Denver to the two cities because that’s where they wanted to go.

“Since August 31, 2022, the City of Chicago has welcomed 3,854 migrants bused to its city from Texas and additional numbers of migrants who have arrived in Chicago through other means,” the mayors’ letter said. “Since December of 2022, Chicago and New York City have received hundreds of individuals from Colorado.”

As of Wednesday, an estimated 36,400 asylum seekers have gone through New York City’s emergency intake system, with more staying with family, friends and other networks, according to Adams’ letter. “New York City’s shelters are over capacity. In fiscal year 2023 alone, New York City will spend about $1 billion to address the asylum crisis, and this number will continue to rise if current arrival trends persist.”

Migrant buses have arrived in Chicago and New York from Denver “without any regard to either city’s ability to appropriately shelter them,” the mayors’ letter said.

“We have seen your statements in the media that you are simply accommodating the wishes of migrants to come to cities like New York City and Chicago. Both our cites are working tirelessly to ensure that migrants are able to reach their desired destinations where they are reunited with loved ones,” according to the mayors’ letter. “However, you are sending migrants and families to New York City and Chicago that do not have any ties, family members or community networks to welcome them, and at a time where both cities are at maximum capacity in shelter space and available services.”

Polis on Saturday said in the release that Congress and the Biden-Harris administration must assist states facing migrant challenges through no fault of their own and that Colorado looks forward to partnering with the federal government to provide work permits for migrants, to enact better border security and to legislate real immigration reform.

Meanwhile, Colorado is “in the process of scaling back this transportation,” the Polis news release said.