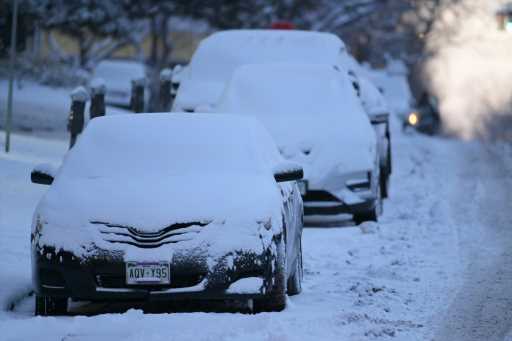 A “very impressive, March-like storm” that brought heavy snowfall to metro Denver overnight has left the area for good Thursday morning, but not before dropping over seven inches of heavy, wet snow at Denver International Airport.

The snow began falling late Wednesday evening and began to subside in Denver about 4:30 a.m. Thursday morning; parts of far northeast Colorado will still feel the impacts of the storm through the morning as snow continues to fall out there.

The Denver area will see mostly dry conditions for the rest of the day Thursday as clouds clear up. The high temperature forecast is 36 degrees, but actual high temperatures could end up cooler due to the expansive, thick snow cover, forecasters at the National Weather Service in Boulder said.

Thursday will also be slightly windy, with gusts reaching up to 16 mph.

Thursday night’s low temperature is 16 degrees and will be mostly clear.

Friday will see temperatures likely return to the low 40s.