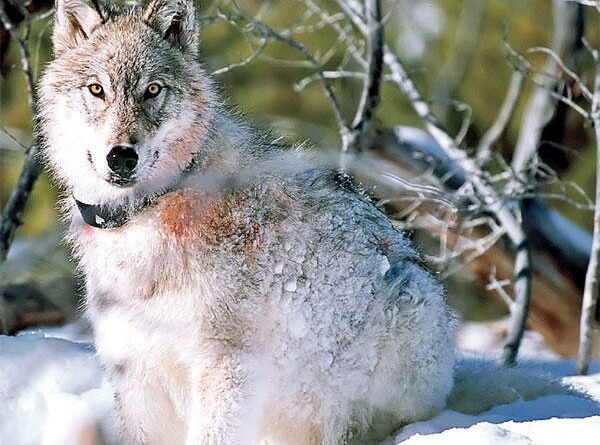 Colorado wildlife officials plan to capture between 30 and 50 gray wolves from other states in the northern Rocky Mountain region over the next three to five years and release them into the state’s Western Slope forests, according to a draft plan published Friday.

Those wolves are meant to act as a seed, which will hopefully grow into a self-sustaining population, restoring the endangered species to at least a fraction of their former glory.

The reintroduction effort is mandated by Proposition 114, which voters narrowly approved in 2020, and which has in the years since pitted rural Western Slope communities against the far more urban Front Range.

Since the vote two years ago Colorado Parks and Wildlife officials have studied how best to reintroduce the predators and manage their packs in perpetuity. Their draft plan is the culmination of that work so far, CPW Commission Chair Carrie Besnette Hauser said Friday morning. It will also likely be changed in the months to come as the agency hosts public comment sessions ahead of a final vote scheduled for early May.

The draft plan is meant to be one that the majority of the public can support, Besnette Hauser said. It’s also meant to allow for room to evolve and to change with “lessons learned and wisdom gained.”

Colorado wildlife officials will begin physically releasing wolves by the end of next December, a deadline set by Proposition 114.

The agency will capture between 10 and 15 wild wolves annually for the next three to five years by trapping, darting or “net gunning” each fall and winter, the draft plan says. The wolves will likely be taken from Idaho, Montana, Oregon, Washington or Wyoming.

Eric Odell, species conservation program manager, said that the wolves will likely all be captured and released in the winter months. And state officials will conduct what they call a “hard release,” which is to say they’ll be let go as soon as they’re at the right spot, without any period of acclimation.

The proposition also mandates that the wolves will be released on the Western Slope (a source of contention for the region since the Front Range largely carried the measure through to victory) but otherwise offers no specific direction on location. The draft plan indicates that the wolves should be released at least 60 miles from the New Mexico, Utah and Wyoming state borders as well as from Native American tribal boundaries.

State wildlife officials will track the wolves by GPS collars after they’re released in Colorado, the draft plan says. The collars will help them understand which wolves survive and where they travel, which can help inform future release efforts.

The first few wolves to be released late next year will likely be released in the region around Aspen, Glenwood Springs and Vail, Odell said. They’ll be released on either private or state lands that appear to provide a good ecological home for the wolves with low risk of human interaction.

Wherever the wolves are dropped off, they’ll likely travel dozens of miles before settling into a suitable location, Mike Phillips, a conservation biologist based in the greater Yellowstone area, previously told The Denver Post.

Phillips and other wildlife experts with the nonprofit WildEarth Guardians expressed concern that if wolves released into Colorado travel too far they could cross state lines and enter territory where they’re legal hunting targets. Such appears to be the fate of three wolves living in North Park, which were likely killed recently after wandering north into Wyoming.

But wolves being killed is not the only concern that has surfaced throughout the reintroduction process. Ranchers and farmers on the Western Slope have repeatedly warned that they expect the pack hunters to target their livestock.

The North Park pack has killed at least three cows and two dogs. And wolves remain a prime suspect in the deaths of 40 cattle near Meeker. No evidence of wolves has yet been found near Meeker, though wildlife officials continue to investigate.

The draft plan indicates that the state will reimburse ranchers and farmers for lost livestock. And under certain conditions, problematic wolves will also likely be killed.

However the lethal control measures play out, wildlife advocates and wolf experts have warned that the species should never be hunted recreationally.

While the draft plan does acknowledge that recreational hunting is an eventual possibility, Brian Dreher, senior biologist with CPW, said it doesn’t set out a specific path for that process.

Currently wolves are listed by the state as endangered, Dreher said. Once their population grows to a total of 50 wolves and remains at that level for at least four years they can be “downlisted” to a threatened species. Once the predators then grow to either a population of 150 for two years or if they reach a total of 200 wolves they could be downlisted yet again and listed simply as a “nongame” species.

“At this point wolves could remain with the nongame status,” Dreher said. “This plan doesn’t contemplate any regulated hunting goals or objective.”

While wolves can be expected to hunt wildlife and even prey on livestock, attacks on humans are unlikely, Odell said.

Now that CPW’s draft plan is published, the agency will hold five public comment sessions, which will be used to further tweak the document. Those meetings will be held Jan. 19 in Colorado Springs, Jan. 25 in Gunnison, Feb. 7 in Rifle, Feb. 16 online and Feb. 22 in Denver.

The Colorado Parks and Wildlife Commission won’t vote on whether to adopt a final plan until early May.