Comcast made a $65billion bid Wednesday for Fox’s entertainment businesses, setting up a battle with Disney to become the next mega-media company.

The bid comes just a day after a federal judge cleared AT&T’s takeover of Time Warner and rejected the government’s argument that it would hurt competition in cable and satellite TV and jack up costs to consumers for streaming TV and movies.

The ruling signaled that Comcast could win regulatory approval, too; its bid for Fox shares many similarities with the AT&T-Time Warner deal.

Comcast says its cash bid is 19 per cent higher than the value of Disney offer as of Wednesday. The Wall Street Journal and others reported earlier that Comcast had lined up $60billion in cash to challenge Disney for media mogul Rupert Murdoch’s company. 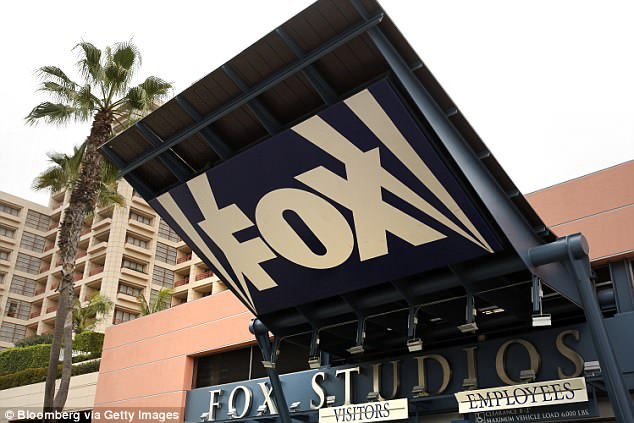 Fox has been readying to sell off most of its properties to Disney, however Comcast has swooped in and outbid Disney

Disney’s offer was for $52.5billion when it was made in December, though the final value will depend on the stock price at the closing.

‘This is a golden offer that will put considerable pressure on (Disney CEO Bob) Iger and Disney to step up their game on another bid,’ GBH Insights analyst Dan Ives said. ‘This is even higher than the Street thought, which speaks to Comcast really wanting these key assets.’

The battle for Twenty-First Century Fox comes as traditional entertainment companies try to amass more content to compete better with technology companies such as Amazon and Netflix for viewers’ attention – and dollars.

If the Comcast bid succeeds, a major cable distributor would control even more channels on its lineup and those of its rivals.

That could lead to higher cable bills or make it more difficult for online alternatives to emerge, though there is not yet evidence of either happening following other mergers. For Disney, a successful Comcast bid could make Disney’s planned streaming service less attractive, without the Fox video. 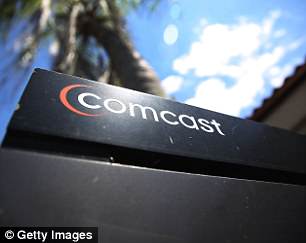 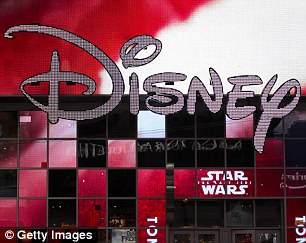 Content is becoming more important as ways to deliver content proliferate. Cable companies like Comcast are no longer competing only with satellite alternatives such as DirecTV, but also stand-alone services such as Netflix and cable-like online bundles through Sony, AT&T and others.

Disney already started its own sports streaming service and plans an entertainment-focused one late next year featuring movies and shows from its own studios, which include Marvel, Pixar and ‘Star Wars’ creator Lucasfilm.

With the Fox deal, Disney would get more content for those services – through the studios behind the Avatar movies, ‘The Simpsons’ and ‘Modern Family,’ along with National Geographic. Marvel would get back the characters previously licensed to Fox, reuniting X-Men with the Avengers.

Comcast, meanwhile, has been leading the way in marrying pipes with the entertainment that flows through them. It bought NBCUniversal’s cable channels and movie studio in 2013 and added Dreamworks Animation in 2016.

The Philadelphia company has been tinkering with the traditional cable bundle, offering stand-alone subscriptions for some types of video along with smaller bundles of cable channels delivered over the internet. Comcast has said it will add Netflix to some cable bundles.

With Fox, Comcast would expand a portfolio that already includes U.S. television rights to the Olympics and comedy offerings such as ‘Saturday Night Live.’ Comcast already owns such cable channels as CNBC, Bravo and SyFy.

The Fox television network and some cable channels including Fox News and Fox Business Network would stay with Murdoch’s family under either deal, as with the newspaper and book businesses under a separate company, News Corp.

Fox shareholders are set to vote on the Disney bid on July 10.

Despite Comcast’s higher offer, it’s not immediately clear whether Fox’s board would entertain it. According to regulatory filings, an unnamed company, widely thought to be Comcast, previously made an offer for Fox. But Fox went with Disney because of concerns it would face more regulatory scrutiny with the other company.

That was before U.S. District Judge Richard Leon ruled in AT&T’s favor and rejected the government’s argument that its takeover of Time Warner would hurt competition in pay TV and cost consumers hundreds of millions of dollars more to stream TV and movies.

The government worried that AT&T, as DirecTV’s owner, could charge Comcast and other rival distributors higher prices for Time Warner channels like CNN or HBO. In turn, that could drive up what consumers pay. AT&T and Time Warner argue they’re simply trying to stay afloat in the new streaming environment.

Disney wouldn’t face the same issues because it isn’t a television distributor as the way Comcast and AT&T are.

But if Disney gets Fox, the combined movie studios would account for 45 per cent of worldwide box office revenue, according to BTIG analyst Richard Greenfield. That could raise regulatory objections.

A larger studio could use its power to keep its movies in more theaters longer, dampening competition from rival studios.

Disney and Comcast had already been at battle in the U.K. over Sky TV.

Fox has a 39 per cent stake in that company and has been trying to buy outright, with the intention of selling the full company to Disney as part of that deal. U.K. regulators have given the OK to that offer if Fox sells Sky News.

Regulators there also have cleared Comcast’s $30.7billion offer for the 61 per Comcast bids $65billion for most of 21st Century Fox to undercut Disney’s existing dealcent of Sky that Murdoch doesn’t own.

In addition to the $35-per-share cash offer, Comcast agreed to pay a $2.5billion termination fee if the deal doesn’t pass regulatory muster. It also agreed to reimburse Fox for the $1.5billion-plus break-up fee it agreed to pay to Disney if their deal doesn’t go through.

Disney and Fox did not immediately respond to a request for comment.