A comedian has gone viral with a foul-mouthed rant against McDonald’s for giving away toy megaphones with its Happy Meals.

Furious Dee Maxwell complains about having to suffer ear-shattering noise from the moment they are given the gifts.

Ms Maxwell, from Kilbirnie, North Ayrshire, sits in her car as she launches into her complaint about the range of ‘Justice League Action’ toys.

She says: ‘It’s bad enough that they sell Fruit Shoots and you’ve not got the willpower to tell them that they’re getting a f****** bottle of water and some fruit instead of chips because you don’t want them ending up like a fat b****** like you.

‘But then they start geein’ them this in the Happy Meals.’

Dee then brandishes the blue and silver megaphone to the camera.

She continues: ‘Now this looks quite innocent and no’ offensive, it might be a be a rocket or a spaceship. 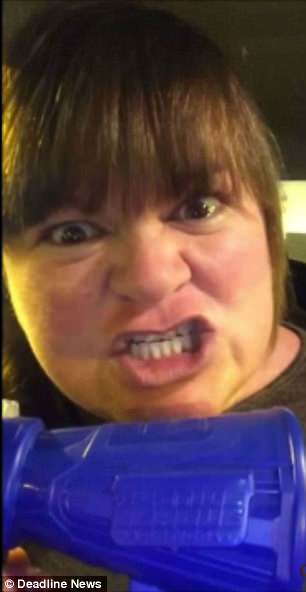 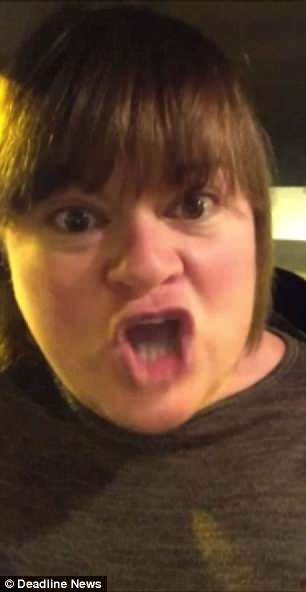 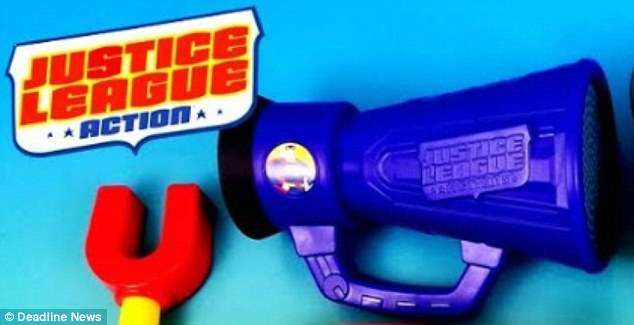 ‘You’ve then got the long journey home.’ She raises her mouth to the megaphone and says: ‘Listening to this.’

And she continues: ‘But they’re no saying anything, they’re just going doo-doo doo-doo doo.’ 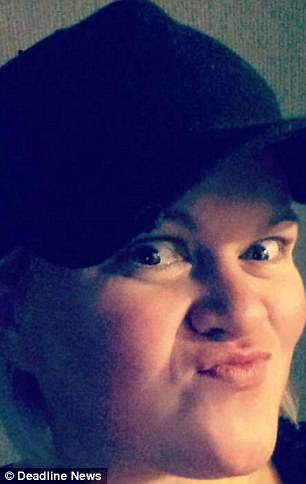 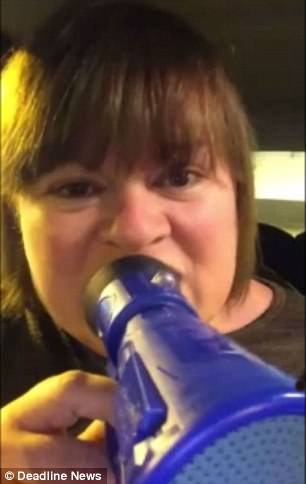 Ms Maxwell, left and with the megaphone, right, says she uploaded the clip after her son was ‘screaming and making loud noises’ into it for half an hour

At the end of the clip she states: ‘So McDonald’s, you better get them off your f****** shelves or am coming in to wreck the shop.’

Speaking about her inspiration for the clip, Dee said: ‘I was with my young two in the Irvine branch and my son was in love with the megaphone.

‘For half an hour he was screaming and making loud noises into it, and it went from there.’

On social media, Gillian Fairlie wrote: ‘Got it yesterday, lobbed it 10 mins ago while she’s at nursery.’ 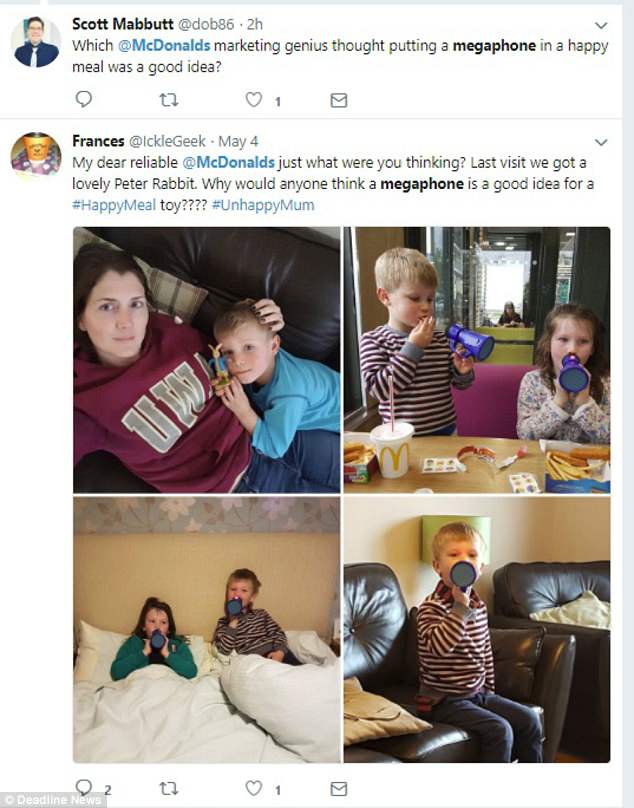 Social media users took to Twitter to complain about the toy, with some saying they are considering boycotting the restaurant

Pauline Thomson wrote: ‘Ha grandson got one, you’re right, f****** pain with it.

Stacey Leishman wrote: ‘Ours got left behind yesterday.’

Others wrote that they would ‘boycott’ the fast food restaurant so as to avoid similar incidents.

Natalie Cairns wrote: ‘Guess we’re giving McDonald’s a miss, I’m no having our two with one of these monstrosities to squeal through.’

Kelly Mac tagged another user and wrote: ‘Stay clear of McDonald’s the now, boycott till these things are away, can you imagine if our two got a hold of these?’

The megaphone is called a ‘Super Communicator’ by McDonald’s and is one of ten ‘Justice League Action’ toys.

Other parents have taken to twitter to communicate their own feelings about the toys, after having visited the restaurants.

One user posted pictures of her children with the toys to their lips and wrote: ‘My dear reliable McDonald’s just what were you thinking?

‘Last visit we got a lovely Peter Rabbit. Why would anyone think a megaphone is a good idea for a Happy Meal toy?’

Another asked: ‘Which McDonald’s marketing genius thought putting a megaphone in a happy meal was a good idea?’