Former FBI Director James Comey "deviated" from bureau and Justice Department procedures in handling the probe into Hillary Clinton, damaging the agencies' image of impartiality even though he wasn't motivated by politics, the department's watchdog found in a highly anticipated report.

Among topics Inspector General Michael Horowitz reviewed was Comey's announcement in July 2016 that no prosecutor would find grounds to pursue criminal charges against Clinton for improperly handling classified information on her private email server, as well as Comey's decision to inform Congress only days before the election that the Clinton investigation was being re-opened.

"While we did not find that these decisions were the result of political bias on Comey's part, we nevertheless concluded that by departing so clearly and dramatically from FBI and department norms, the decisions negatively impacted the perception of the FBI and the department as fair administrators of justice," Horowitz said in the report's conclusions.

Also in the report is a damaging revelation of previously unreported text messages between two FBI agents in which one questioned whether Trump would become president. Agent Andrew Strzok, who played a senior role in the Clinton investigation, replied: "No. No he's not. We'll stop it."

Although the report being sent to Congress doesn't deal with the origins of the probe into Russia meddling in the 2016 US election and possible collusion with those around President Donald Trump, the President and his Republican allies in Congress were primed to seize on it as evidence of poor judgment and anti-Trump bias within the FBI and the Justice Department.

Horowitz examined actions taken by top officials before the 2016 election, including the handling of the investigation into Clinton's use of a private email server when she was Secretary of State. The inquiry expanded to touch on an array of politically sensitive decisions by officials including Comey and former Attorney-General Loretta Lynch. 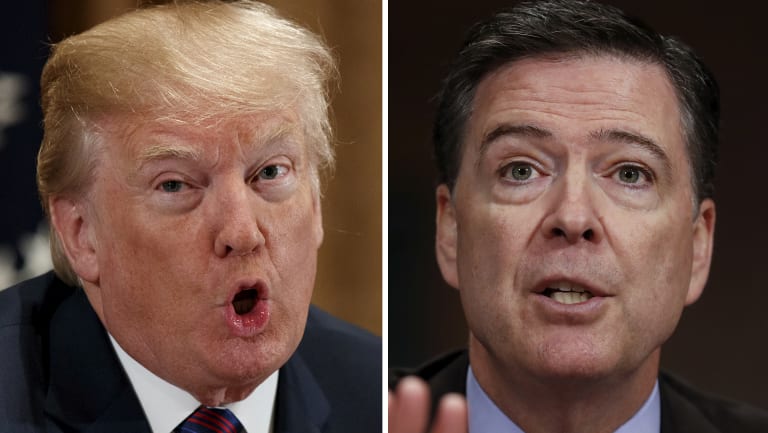 US President Donald Trump and former FBI boss James Comey have traded insults over what Trump perceived to be bias.

Some of what Horowitz discovered has already been made public, and Trump and Republicans have pounced on those findings in an effort to discredit Comey and, by extension, the investigation now being run by Special Counsel Robert Mueller.

In tweets, Trump has called Comey's investigation into Clinton "phony and dishonest" and said that Comey, who he fired on May 9, 2017, left the FBI's reputation in tatters.

Hogan Gidley, a White House spokesman, told reporters on Thursday that he hadn't yet seen the inspector general's report and "I'm not going to get ahead of any of that".

Republican critics seized on previous revelations from the inspector general that two FBI officials who worked on Mueller's Russia investigation, Peter Strzok and Lisa Page, exchanged text messages sharply critical of Trump. Mueller removed Strzok from the inquiry after the texts were discovered, and Page has since left the FBI.

One example cited in the new report is an email exchange between Strzok and Page on August 8, 2016. Page questioned whether Trump would become president. Strzok replied: "No. No he's not. We'll stop it."

But Horowitz said in the report issued on Thursday that "we did not find documentary or testimonial evidence that improper considerations, including political bias, directly affected the specific investigative actions we reviewed".

Still, he wrote that "the conduct by these employees cast a cloud over the entire FBI investigation".

Trump has expressed great interest in the inspector general's report, as well as some scepticism it might not be as damning as he hoped.

"What is taking so long with the Inspector General's Report on Crooked Hillary and Slippery James Comey," Trump tweeted on June 5. "Numerous delays. Hope Report is not being changed and made weaker! There are so many horrible things to tell, the public has the right to know. Transparency!" 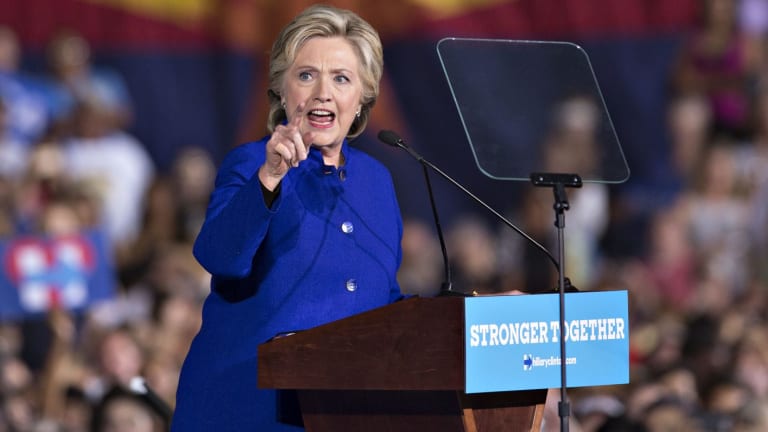 James Comey closed the investigation into Hillary Clinton and then announced it has been reopened just days before the 2016 election.

Comey's public announcement of findings in favour of Clinton angered Republicans, while his reopening of the inquiry just before the election outraged Democrats.

"This finding could have been reached the day of Comey's press conference," Brian Fallon, who was spokesman for Clinton's presidential campaign, said on Thursday. "It was obvious at the time that Comey was completely deviating from department protocols and it had a fateful impact on the 2016 campaign and the long-term reputation of the FBI."

Congressmen Jerrold Nadler and Elijah Cummings, the top Democrats on the House Judiciary and Oversight committees, said in a statement that "the stark conclusion we draw after reviewing this report is that the FBI's actions helped Donald Trump become President".

Republican members of Congress said they wanted to read the report before commenting.

Horowitz found a "troubling lack of any direct, substantive communication" between Comey and Attorney-General Lynch ahead of Comey's July 5 press conference on Clinton and his October 28 letter to Congress.

"We found it extraordinary that, in advance of two such consequential decisions, the FBI director decided that the best course of conduct was to not speak directly and substantively with the Attorney-General about how best to navigate those decisions."

Lynch had announced that she would go along with whatever Comey recommended with regard to the Clinton case, although she didn't formally recuse herself. Lynch had come under heated criticism for agreeing to meet with former president Bill Clinton in June 2016 on her plane while it was sitting on a tarmac in Phoenix. The two sides have said they didn't discuss anything related to the investigation.

The inspector general released a report in April finding that Deputy FBI Director Andrew McCabe lacked candour on four different occasions regarding interactions with the media, including providing information to a news reporter about the FBI's investigation into the foundation created by Hillary and Bill Clinton. The inspector general has referred the matter to the US attorney for the District of Columbia for further investigation.

Attorney-General Jeff Sessions relied on the report to fire McCabe only hours before he was set to retire and qualify for his full government pension. McCabe and his lawyer have adamantly contested the allegations.

Sessions said in an interview with The Hill that he expected "a careful report" that will "help us better fix any problems that we have and reassure the American people that some of the concerns that have been raised are not true".

The inspector general also has opened a separate review into whether the Justice Department and FBI followed appropriate procedures in obtaining a secret warrant to conduct surveillance on former Trump campaign aide Carter Page in late 2016 and early 2017.

Comey responded on Twitter following the release of the report to say he disagreed with some of its conclusions but respect its findings.