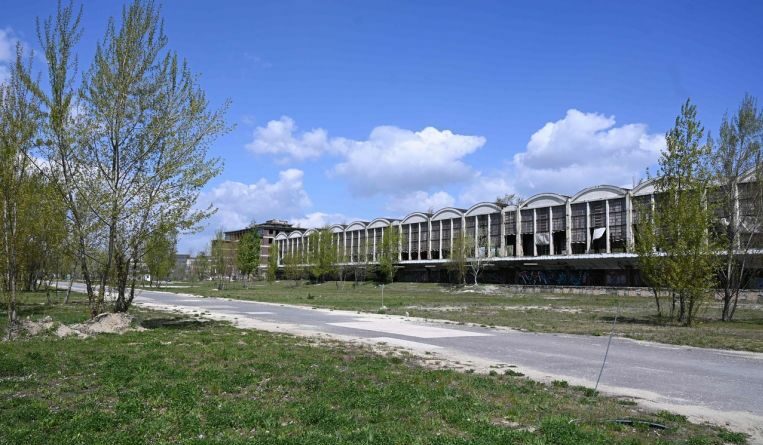 BELGRADE (BLOOMBERG) – First came billions of dollars of investment, then millions of doses of vaccines. Now there’s a campaign for Serbia to thank China in a way that harks back to a bygone era: By building a statue to “Comrade Xi”.

The proposal comes from the fringe New Communist Party of Yugoslavia, which has paid for billboards in Belgrade to rally support for the tribute to the Chinese President to be sited in a local park. While the government has not said if it backs the idea, there is little doubt that Serbia has gravitated more towards the east than west during the coronavirus pandemic.

Serbia, along with European Union member Hungary, shot ahead of much of the continent in inoculating its populations after directly purchasing vaccines from China when the programme orchestrated by Brussels was floundering. That was also as the leaderships in Belgrade and Budapest continued to court China’s soft power.

In Belgrade, a new US$55 million (US$73 million) Chinese Cultural Centre is being finished on the site of the former Chinese embassy destroyed by Nato missiles in 1999 when the military alliance intervened to stop Serbia’s crackdown in Kosovo. The sprawling facility will feature conference rooms and exhibition halls.

Hungary, meanwhile, plans to donate land for a Chinese university campus in Budapest despite objections from the city’s mayor and criticism within the EU over closer ties with Beijing. Budapest and Belgrade are now also going to be connected by a new rail link financed by Chinese loans and built by Chinese companies.

The friendship has particularly worked out for Serbian President Aleksandar Vucic, so far.

The government praised Xi effusively a year ago when China first sent critical medial aid, including hospital ventilators. Serbia then imported 3.7 million Sinopharm vaccines, accounting for almost 70 per cent of doses so far. Serbia has fully vaccinated about 27 per cent of its population compared with an average of 15 per cent in the EU, according to Bloomberg’s Vaccine Tracker.

The question is what cosying up to China means for Serbia’s road to EU membership, which Mr Vucic is pursuing. Along with Russia, China has backed Serbia’s continuing claim over Kosovo, which Belgrade must drop if it wants to join the bloc. The EU’s investment in Serbia also dwarfs that of China.

For others, that can only be a good thing.

“It would be a symbolic but important gesture to show our gratitude for all the help.”