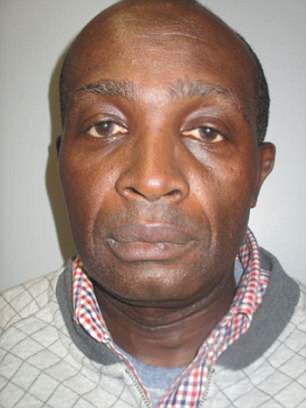 Donald Bart-Williams, the sacked IT teacher who is on the run from police after being jailed in his absence for hacking into his old school’s computer system

A IT technician who conned a £24,000-a-year school out of thousands of pounds by overcharging for work is on the run after being jailed.

Donald Bart-Williams, 56, hacked into a private school’s computers to shut down classrooms and wipe off class records after he was sacked.

He conned St John’s School in Leatherhead, Surrey, out of thousands of pounds before leaving its IT systems in total chaos.

The technician created false invoices claiming for parts and works that were never performed.

After he was sacked from his position in 2016, Bart-Williams then used remote access to repeatedly hack into the school’s systems, shutting down classrooms and intentionally wiping terabytes off class records at St John’s.

The independent school, which takes boarders as well as day pupils, has fees of approximately £8,000-a-term for senior pupils.

Bart-Williams went into the school illegally twice after being sacked and hacked into the school’s CCTV server to conceal himself as he cut fibre-optic wires and deactivated firewalls, leaving the school essentially shut down. 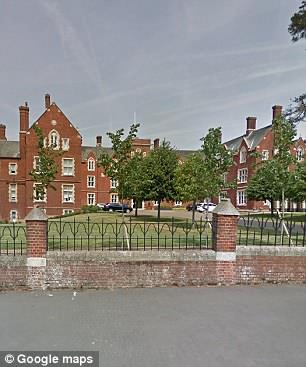 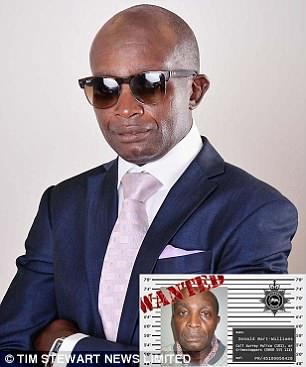 Donald Bart-Williams (right) conned St John’s School in Leatherhead, Surrey, out of thousands of pounds before leaving its IT systems in total chaos. Police are searching for him 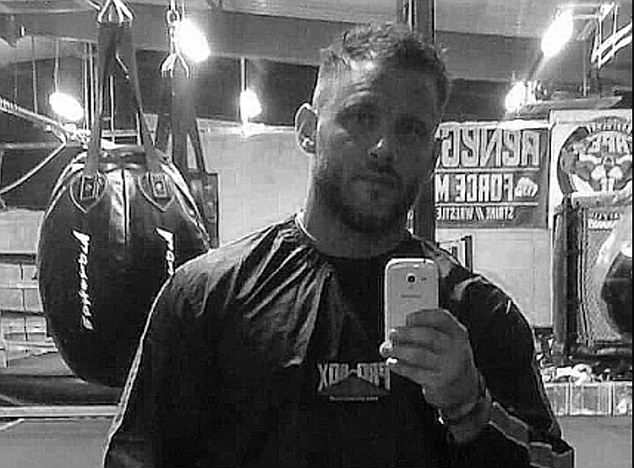 Gavin Strutt, above, who also worked in the IT department, has admitted a charge of conspiracy. He was given an 18-month suspended sentence

Although he failed to show up for his trial at Guildford Crown Court last week, the judge unusually ordered the case to go ahead case without him.

The jury was told that Bart-Williams built the school its own computer network from scratch when he was hired in 2015.

Shortly afterwards, he and Gavin Strutt, who also worked in the IT department, began overcharging the school thousands of pounds for services and parts.

The jury was told that Strutt had admitted a charge of conspiracy. He was given an 18-month suspended sentence.

Bart-Williams was convicted by a jury in his absence for fraud, computer misuse and burglary following the trial at Guildford Crown Court.

A judge ordered an arrest warrant be issued after sentencing him to prison for four years and six months.

Opening the trial, Richard Elliot, prosecuting, said the scam began in 2015 when Bart-Williams was hired.

When he was arrested and interviewed by police, Bart-Williams denied hacking into any of the school’s systems and said that the large amounts of money he had received were due to his £1,200 a day consultancy fee.

Text messages taken from Strutt’s phone between him and Bart-Williams were read to the jury, which heard that they detailed their plans to alter the invoices to make them more specific.

One from Strutt to Bart-Williams read: ‘Okay, have kept it under £8,000 so we will both get the same amount.’

The court was told that in March 2016, the school staff became concerned at the spiralling expenditure and hired an independent IT company to investigate their systems.

Giving evidence, director of 9ine IT Services Mark Orchinson said: ‘Initially he was okay, he was very helpful. The school then engaged with us to begin fixing some of the issues and he became obstructive.

‘He refused to give anyone access to the ICT admin account. The outcome of this is that we would not be able to see a birds-eye view of what was going on across the system.

‘We discovered that user accounts, as well as logs had been accessed remotely from off-site and that someone had intentionally formatted drives and deleted logs, as if trying to delete their digital fingerprints.

‘There is no way just anyone could do this, it would require an intimate and comprehensive understanding of the system that was in place and certainly whoever built it would be aware of any potential back doors.’

Bart-Williams, who gave the court a false address in Sutton, Surrey, but is of no fixed abode, will also have to pay a victim surcharge of £170.

In a statement released following the hearing, a spokesman for the school said: ‘We are pleased with the outcome of the trial. As soon as we became suspicious of fraudulent activity, we alerted police and have assisted them throughout so that this prosecution could be brought.’

After sentencing, Detective Constable Paul Constable who led the investigation said that Bart-Williams ‘abused the trust of his employers and committed his crimes in retaliation for being challenged about his professional conduct and performance, intentionally subjecting his employer to a series of cyber-attacks over a number of days including denial of service and deletion of data.

‘In addition to the cyber-attacks, he used his position with Gavin Strutt to defraud his employer, misusing and diverting funds by falsifying invoices and orders.

‘It is essential that businesses have digital and cyber policies in place and to have good oversight of employees who have access to systems and data, including those in a position of trust.

‘If you’d like further advice on cyber security for businesses and individuals you can visit www.cyberaware.gov.uk’