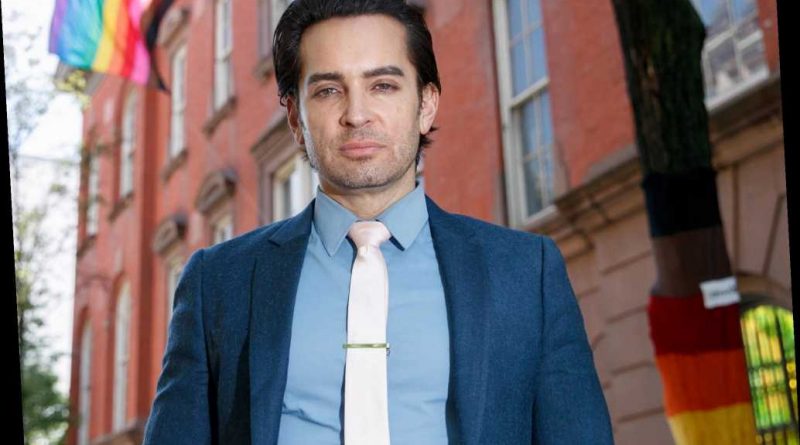 Trump article of impeachment over Capitol riot sent to Senate

A conservative activist from New York who made headlines over the summer for refusing to wear a mask on an American Airlines flight was arrested Monday in connection with the US Capitol riot.

A self-described “former liberal,” Straka is most famous for founding the #WalkAway Campaign to encourage people to leave the Democratic Party.

FBI agents say that Straka — who spoke at a “Stop the Steal” rally the day before the Jan. 6 riot — was part of a mob of Trump supporters pushing toward a Capitol doorway during the siege.

While the charging document doesn’t say that Straka actually went into the building — it does cite a video he recorded in which he egged rioters to force their way inside.

“Go! Go!” Straka yelled, before saying “I wanna try,” according to the affidavit.

As a Capitol police officer attempted to make his way through the mob with a riot shield over his head, Straka allegedly urged others to “Take it away from him. . . . Take the shield! . . . Take it! Take it!”

The FBI says Straka was wearing the same coat he had on during the rally at Freedom Plaza in Washington, DC, the day before, in which he called the audience “patriots” and repeatedly referred to a “revolution.”

“Straka told the attendees to ‘fight back’ and ended by saying, ‘We are sending a message to the Democrats, we are not going away, you’ve got a problem!’” the court doc states.

The FBI also cited several of Straka’s tweets about the riot, including one appearing to criticize people who were denying that they had been there.

“Also- be embarrassed & hide if you need to- but I was there,” he wrote on Jan. 6, according to the affidavit.

“It was not Antifa at the Capitol. It was freedom loving Patriots who were DESPERATE to fight for the hope of our Republic… Everyone else can denounce them. I will not.”

Straka, who was arrested in Nebraska on Monday, didn’t immediately return a request for comment.

It was unclear whether he had an attorney.