A COP car was set ablaze while officers were inside in protest-hit Seattle as shocking pictures show burned shell gutted by the fire.

On Thursday, the disturbing images emerged on Twitter and showed the destroyed vehicle after it was lit on fire in Washington state. 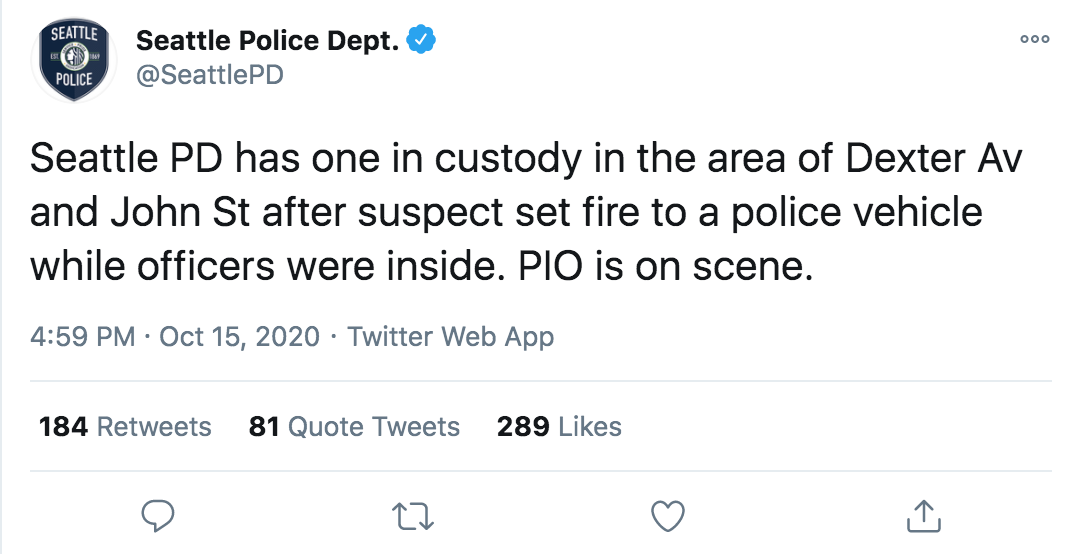 Local police tweeted: "Seattle PD has one in custody in the area of Dexter Av and John St after suspect set fire to a police vehicle while officers were inside. PIO is on scene."

One person has been booked for allegedly torching the cop car on Thursday afternoon in the South Lake Union neighborhood.

The location of the attack was around Dexter Avenue and John Street today, where police choppers were filmed circling.

Cops have been targeted with fire there before amid violent clashes between protesters and police.

Black Lives Matter demonstrations and riots erupted in the wake of George Floyd's police custody death on May 25.

On May 30, a local man allegedly stole a police rifle, set a patrol car on fire during a riot downtown, and has since been charged.

He was reportedly filmed torching the car and losing the rifle in a fight before it was returned to Seattle PD.

"Thanks to everyone who helped get this suspect identified and into custody," cops tweeted hours before the most recent attack.