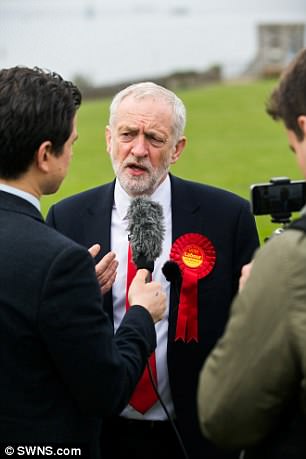 Jeremy Corbyn is facing a huge Commons rebellion over demands from Labour MPs for Britain to stay in the single market after Brexit.

Mr Corbyn is on a collision course with dozens of his own backbenchers after the Lords voted in favour of a Norway-style deal with the EU.

Labour peers defied the leadership to back the amendment last night – and MP insist they are ready to do the same when it comes to the Commons later this month.

Both Mr Corbyn and Theresa May have ruled out staying in the EU single market -which would mean keeping free movement and paying into Brussels coffers.

During a bad-tempered debate in the Lords last night, peers were warned that backing continued membership of the European Economic Area (EEA) would ‘fly in the face of the biggest democratic vote in our history’.

But the amendment to the EU Withdrawal Bill was passed by 247 to 218.

Labour’s frontbench had urged its peers not to support the amendment, but 83 joined the revolt, and 17 Tory peers rebelled.

The defeat, the 13th inflicted by peers on the flagship Brexit legislation, is a fresh headache for Mrs May as the government will need to overturn the amendment when the Bill returns to the Commons.

But the problem could be bigger for Mr Corbyn, who faces a significant test of his authority. Mrs May should be assured of victory if he sticks to the line of opposing customs union membership.

Labour MP Chuka Umunna, who has been pushing for the UK to stay in the single market, said the Lords vote was a ‘stunning victory for those who want to protect jobs and trade’.

‘Now it will be for the Commons to decide. I hope the Labour front bench will support UK membership of the single market through the EEA, which is what the overwhelming majority of our members and voters want,’ he said.

‘We simply cannot aid and abet this hard, destructive Brexit.”

The EEA allows for the free movement of persons, goods, services and capital within the European single market. 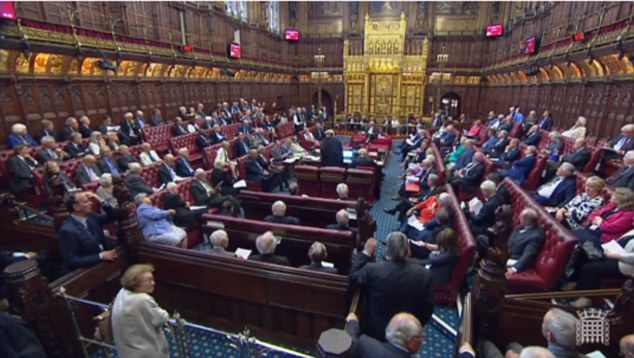 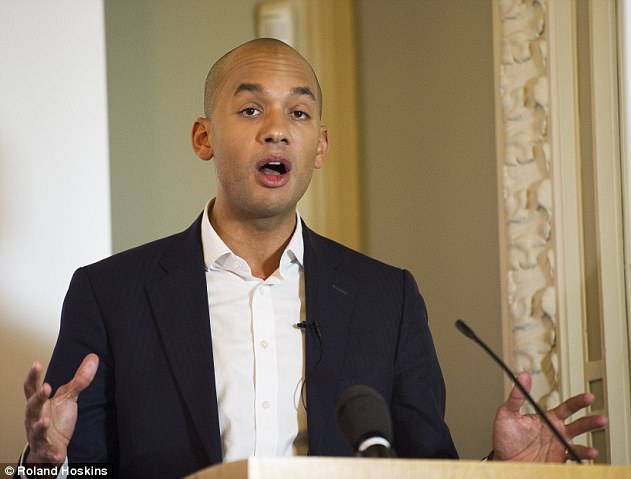 Labour MP Chuka Umunna, a supporter of the pro-EU Open Britain campaign, said staying in the single market was ‘important in avoiding a return to a hard border’ between Northern Ireland and the Republic of Ireland

‘The truth of the matter is there are a number of people in this House who wish to reverse the decision of the British people,’ he said.

The Conservative peer argued that the amendment would ‘fly in the face of the biggest democratic vote in our history’, adding: ‘The British people voted overwhelmingly and this House is seeking to undermine that vote and in so doing damaging its own standing and reputation in the country.’

Brexit minister Lord Callanan warned that remaining in the EEA ‘would not deliver control of our borders or our laws’. He said: ‘On borders it would mean that we would have to continue to accept all four freedoms of the single market, including freedom of movement.

‘On laws it would mean the UK having to implement new EU legislation over which, in future, we will have little influence and of course we will have no vote. This will not deliver on the British people’s desire as expressed in the referendum to have more direct control over decisions that affect their daily lives.’

Lords defeats: What happens next?

The 14 defeats inflicted by peers on the Brexit bill must all be considered by MPs before they are law.

The Lords amendments will be sent to the Commons to be considered in the coming weeks and ministers are expected to order MPs to delete all of them.

Cancelled amendments will then be sent back to the Lords in a process known as ‘parliamentary ping pong’ – but peers are not allowed to just vote them through again unchanged.

If Rebel Tories join forces with the Opposition to successfully defend any of the Lords amendments, ministers will have to accept them.

But Lord Mandelson, the Labour ex-Cabinet minister and former European trade commissioner, claimed that the impact of leaving the single market would be ‘savage’ and leave the banking sector ‘hit for six’.

‘Our economy simply cannot afford this loss,’ he added.

In an earlier defeat yesterday, peers were accused of trying to delay Brexit as they voted to stop the departure date of March 29, 2019, being enshrined in law.

Europhile aristocrat the Duke of Wellington led peers in their twelfth defeat of the EU Withdrawal Bill. Ten rebel Tories backed the amendment, which was passed by 311 votes to 233. It overturns the Prime Minister’s decision to write the date into legislation.

Ahead of the vote, Labour’s Lord Grocott told fellow peers that the world outside would see the move as designed to ‘put further down the track the date on which we shall be leaving the EU’. He warned of a ‘chasm’ between the spread of opinion in the Lords and in the country at large, and said the repeated defeats made it appear the Lords was trying to delay, block or reverse the referendum decision.

The Duke of Wellington claimed he was trying to help the Government in its negotiations by giving ministers greater flexibility.

He served as a Tory MEP in the 1980s before taking his seat as a hereditary peer in the Lords in 2015.

His wife, Princess Antonia von Preussen, is the great-granddaughter of the last German Emperor.

In yet another defeat yesterday, peers backed an amendment to allow Britain’s continued participation in EU agencies by 298 votes to 227, a majority of 71. However, Lord Callanan dismissed the amendment as ‘useless’.

The Prime Minister last week promised a ‘robust’ response when the Bill returns to the Commons. Government ministers have accused peers of attempting to ‘thwart’ the country’s departure from the EU. 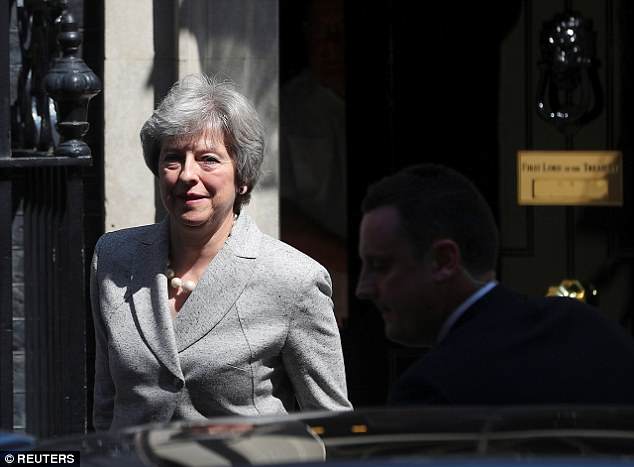