Home » World News » Coronavirus: A return to live football at Belgium’s national stadium – but many opt to stay home

Let’s be honest from the start. I’m a football fan; I love football and I really adore going to football matches.

The crackle of anticipation, the murmur of the crowd, the chanting and singing. The sheer chaotic spontaneity. The hope that you’re going to see something special.

It is a long time since most of us have had that opportunity to see a game in front of a big crowd.

But here, in Brussels, the chance came up – Belgium playing against Ivory Coast in a friendly game at the famous King Baudouin Stadium, to the north of the city. 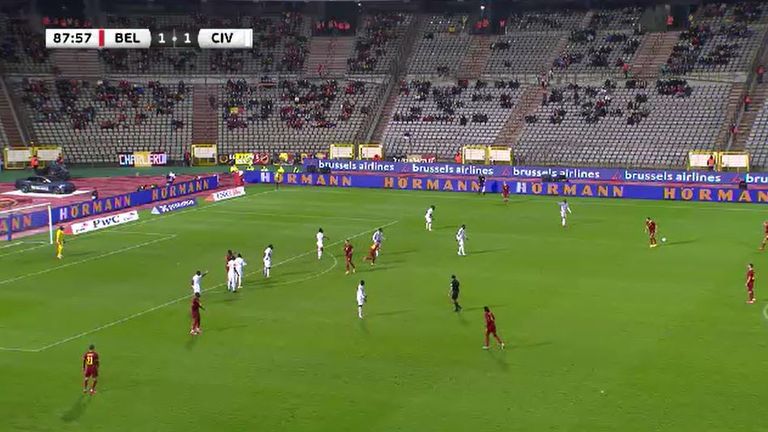 But, of course, these are not normal times, and this was not a normal match.

The COVID-19 rate in Brussels has increased sharply since the decision was taken to sell tickets.

Intensive care beds are filling up again and, the day before the game, the city announced the closure of all bars and cafes.

So on the one hand, I’m told it’s too dangerous for me to sit at my local cafe and have a coffee on my own.

But on the other, it is apparently safe to invite 11,000 people into a stadium. On the face of it, that is confusing.

As we arrived, the rain was tumbling from the sky in big heavy sheets. The sort of weather where you get drenched in moments.

Fans were arriving in dribs and drabs – each ticket came with an allocated arrival time to avoid any surge of crowds.

Inside, bubbles of family members or friends could sit together but otherwise there was strict social distancing.

I spoke to plenty of fans and they were, without exception, calm about coming to the stadium.

They told me that the precautions imposed upon fans had eased any concerns; that they would respect all the rules and that “if they say it is safe then I believe them”.

One woman told me that, after seven months in which Belgium in general, and Brussels in particular, has been hurt badly by coronavirus, it now felt good to get back to doing something normal. 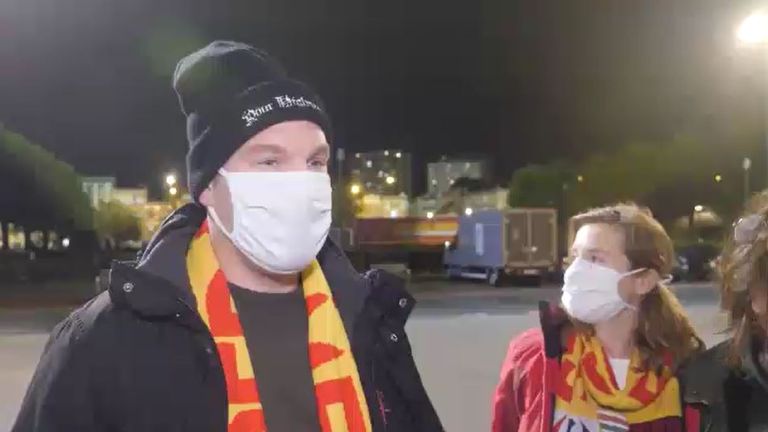 Football, I suppose, has always had the ability to take us away from the travails of our normal lives, which is why fans miss it when it’s taken away.

So what was it like? Well, watching football was great. It really was.

Even though this was a lacklustre game between a Belgium reserve team and an Ivory Coast side going through the motions, the pleasure of watching footballers – of enjoying the minutiae of tactics and tackles – was all there.

The bellow for a goal reverberated around the ground; the jeers for a dive were loud. But this giant stadium really did look sparsely populated.

From the opening glance round, it was clear that there weren’t 11,000 people in here. 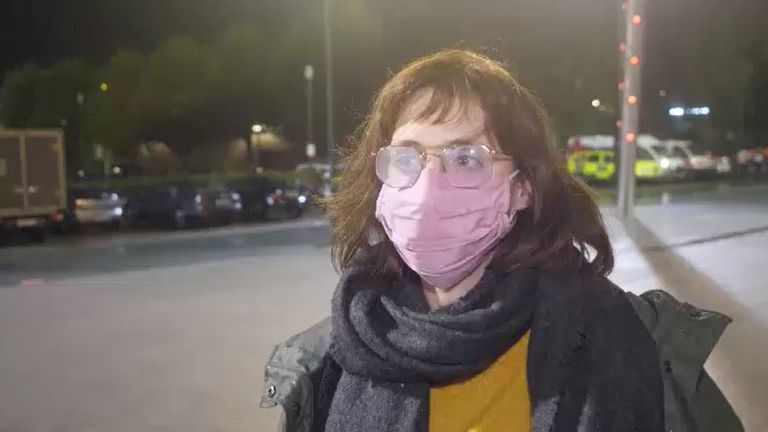 So was this a return to normality? Not really, no.

The people I spoke to were a self-selecting group who were happy to come to a ground during these strange times. But it’s clear that plenty of football fans are still far too nervous to come back.

And, so I’m told, only about 4,600 people actually came along on the night.

That means that only around 40% of the seats that could have been used were actually occupied.

And a quarter of the people who bought tickets didn’t turn up.

Yes, it was a friendly game; yes, the weather was bad, but I don’t think that’s what kept the fans away.

Because, at a time when the pandemic is resurgent, it comes back to the same basic question – if people are told it’s not safe to go to a cafe, can they really be sure it’s safe to go to a football match?