Home » World News » Coronavirus: New quarantine rules were inevitable – we may have to get used to this

New rules on arrivals from Belgium did not come as much of a surprise.

Rumours have been swirling around for days that Britain was about to impose a quarantine – the question seemed only to be when it would come.

Two things seemed to make it inevitable – a growing number of COVID-19 cases in the country, and the precedent that had been set with Spain.

If the UK had introduced a quarantine period on people coming back from one country with a spike in cases, why not do it for another? The outrage will probably be less – Belgium has only a fraction of the summer tourists that Spain normally enjoys.

Like Spain, Belgium is having to deal with big geographic differences. Some areas remain at a very low level while others, like Brussels, are battling a significant resurgence.

And then there’s Antwerp, which was clearly the centre of Belgium’s resurgence. I visited the city last week, just after a late-night curfew had been introduced. About half of Belgium’s new cases were being recorded in Antwerp and, when we spoke, the provincial governor made it clear that she wanted people to work from home and avoid coming into the city, unless necessary.

What was very obvious was that many, many people had taken this to heart. There were hardly any tourists and the cafes sat empty. Without being ordered to do so, many residents had decided to go for a self-imposed lockdown.

Over the past few days, infection rates in Antwerp seem to have declined, while rising in other areas.

While it still angers many in Spain that the whole country, including islands a long way from the mainland, has been lumped together, such discord seems unlikely in Belgium.

It’s clear that the country, which has recorded one of the worst per capita death rates in the world from this pandemic, is now battling a second wave. What’s not clear is how damaging it will be, or what its repercussions could be.

Brussels is, after all, the centre of European politics. Just a few weeks ago, leaders from across Europe came here for a summit to discuss a seven-year budget for the EU, as well as plans for setting up a huge fund to pay for the economic recovery from coronavirus.

Now, the idea of bringing all those leaders – Macron, Merkel et al – into Belgium might well be dismissed.

Brexit negotiations will continue, with diplomats given an exemption from quarantine when they return to the UK, but plans to bring staff back into the European Commission’s huge Berlaymont headquarters may have to be reappraised, if infection rates continue to rise.

The optimists in Belgium will point to the fact that, just as these British quarantine rules are coming into effect, Antwerp’s outbreak is showing signs of coming under control. 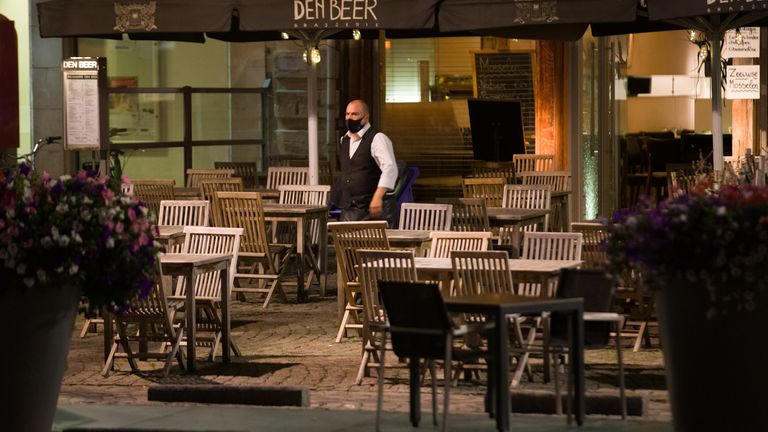 The pessimists fear that it has already started moving round the country, as evidenced by the growing nervousness across the municipalities of Brussels.

The evidence of Europe at the moment is that resurgences can emerge unpredictably. Where once borders were being closed, now quarantine is the response of choice. We may have to get used to it.