The US space agency maps show how levels of nitrogen dioxide has fallen over the past two months as millions of people stay indoors and the manufacturing industry continues to slow down. The first image was shot to the north of the city of Wuhan which was where the outbreak of the coronavirus began. The graphic was taken between January 1 to January 20 before the mass quarantine period began and reveals a dense concentrate of the harmful gas.

Just a month later as the lunar new year period was extended and travel restrictions were increased, the levels of pollution has dramatically decreased.

Nitrogen dioxide is generally produced by the burning of fossils fuels such as coal, oil and gas.

In cities the chemical is emitted by petrol of diesal vehicles and industrial facilities and if large quantities are released it will create a smog-lie picture over an area. 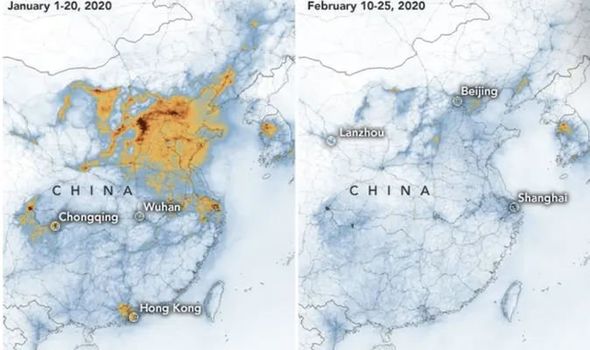 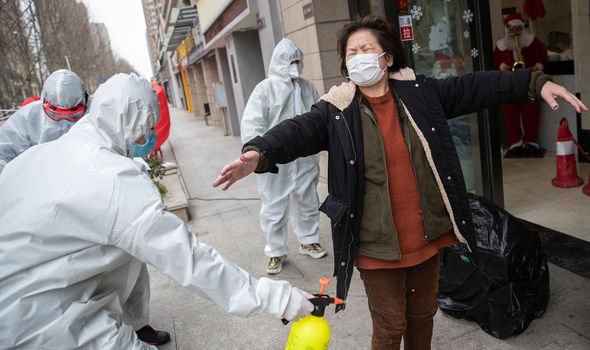 If exposed to the chemical compound it can increase your chances of developing respiratory problems.

Fei Liu, an air quality researcher at Nasa’s Goddard Space Flight Centre, said the decrease in pollution levels has never happened at such a rate.

Ms Liu said: “This is the first time I have seen such a dramatic drop-off over such a wide area for a specific event.”

The reduction in pollution levels is typical during the lunar new year celebrations but they normally increase again once the 15-day holiday period ends. 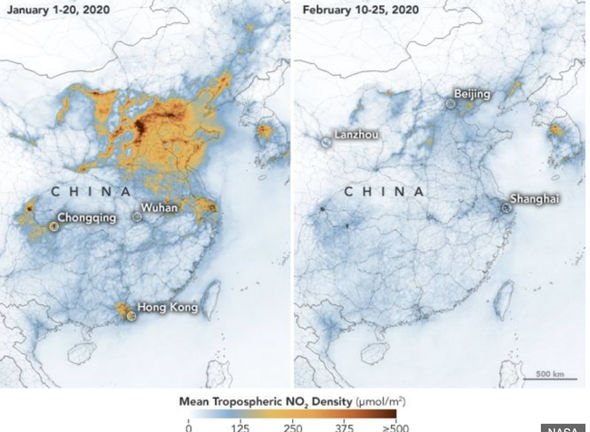 Ms Liu said: “This year, the reduction rate is more significant than in past years and it has lasted longer.

“I am not surprised because many cities nationwide have taken measures to minimise spread of the virus.”

The deadly virus known as COVID-19 has infected more than 86.500 people across 53 different countries. 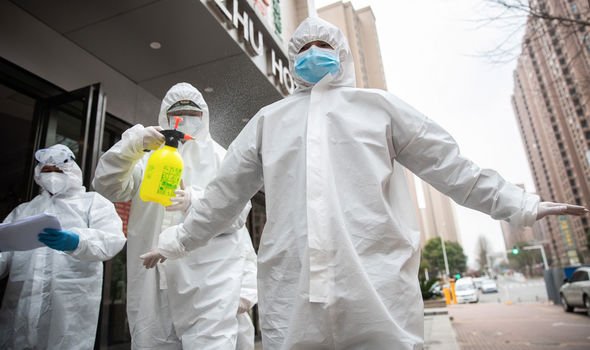 Italy has become the most infected country in Europe with more than 1,100 confirmed cases and 29 deaths.

Today the number of infections in the UK increased to 35 after 12 new patients were identified in England.

Chief Medical Officer Professor Chris Whitty said three of the patients were in close contact with known carriers of the virus in the UK.

Coronavirus symptoms UK: You could be infected without realising [INSIGHT]
Coronavirus UK: Avoid ‘petting and snuggling’ with pets – vet warning [ANALYSIS]
Coronavirus: When will it end? Could virus die off in warmer weather? [EXPLAINER] 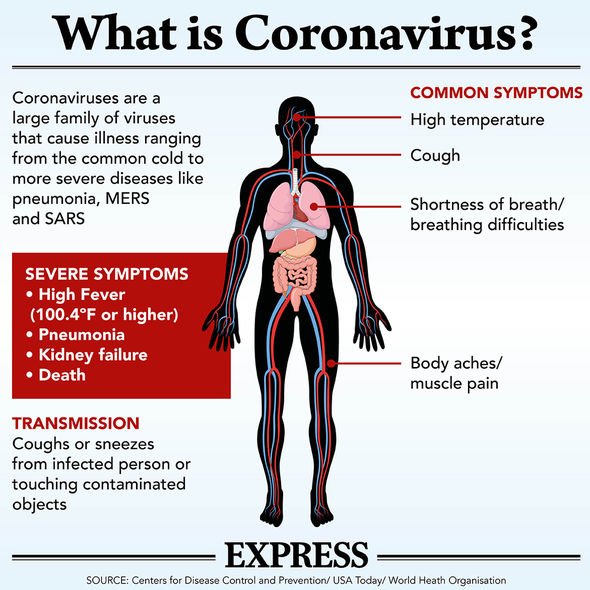 Health Secretary Matt Hancock conceded it was “inevitable” that the deadly virus would continue to spread across the UK.

Mr Hancock did not rule out following China’s lead in shutting down cities if the Covid-19 outbreak escalates, as he outlined a new “battle plan” by the Government.

On isolating entire cities, as Chinese authorities did with Wuhan, Mr Hancock told the BBC’s Andrew Marr programme: “There is clearly a huge economic and social downside to that.

“But we don’t take anything off the table at this stage because you have to make sure you have all the tools available if that is what is necessary.”