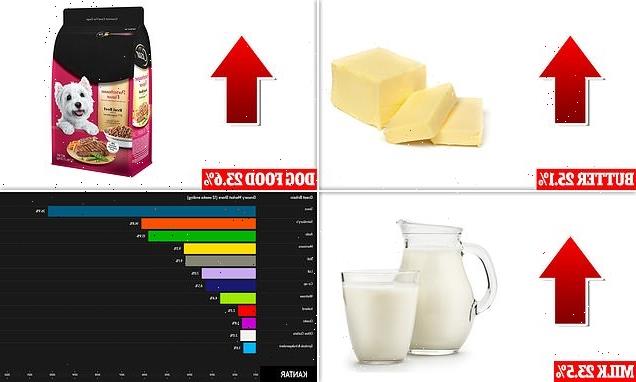 Shoppers in Britain have seen their grocery bills surge at the fastest rate since at least 2008 as the cost-of-living crisis continues to bite – with the biggest price spikes on dog food, butter, milk and chicken.

Research firm Kantar revealed that annual grocery price inflation at UK supermarkets jumped to 11.6 per cent for the four weeks to August 7 against the same period last year, compared with 9.9 per cent in the previous month.

The rate is the highest since the company started tracking supermarket prices in this way 14 years ago – and equates to a £533 annual increase in the average UK household’s grocery bill, or £10.25 every week.

As a result, it reported sales of own-label value products increased by almost a fifth – 19.7 per cent – as shoppers sought to make savings. It came as overall supermarket sales rose by 2.2 per cent in the 12 weeks to August 7.

Over those 12 weeks, the price of butter rose by 25.1 per cent, ahead of dog food at 23.6 per cent and milk at 23.5 per cent. Kantar added that over the last four weeks, mineral water was up by 23 per cent amid the hot weather.

Consumers appear to be now shopping around more and switching supermarkets in response to the cost-of-living crunch, after inflation rose to 9.4 per cent and is set to hit 13.3 per cent according to Bank of England estimates. 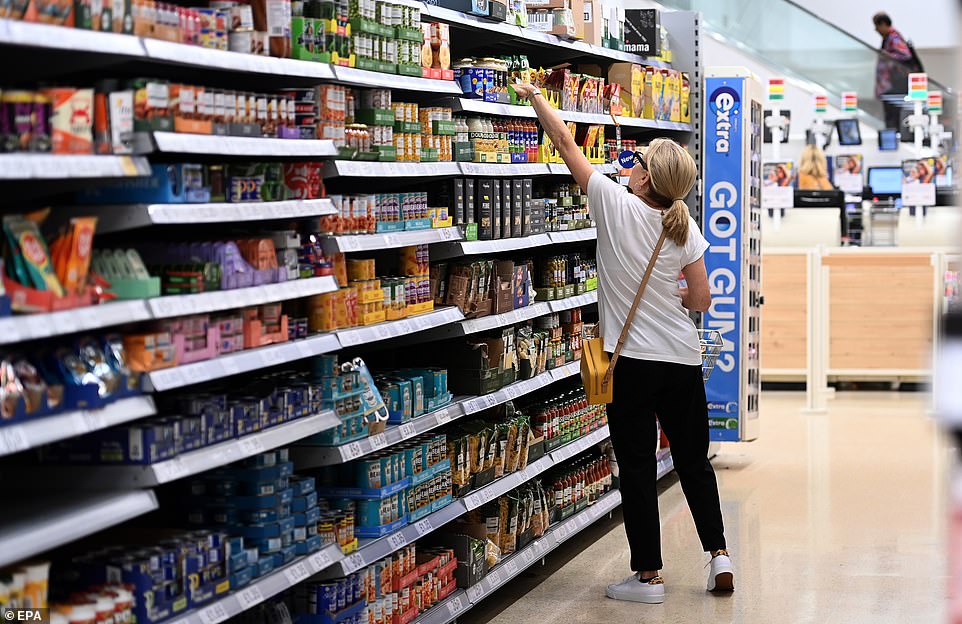 A customer shops at a supermarket in London on July 20 as UK inflation is now at a 40-year high of 9.4 per cent 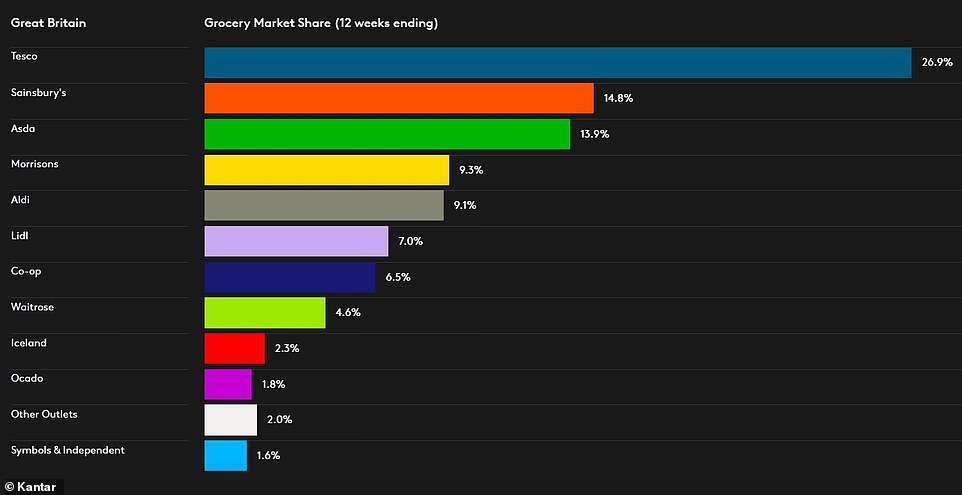 Grocery market share data for the 12 weeks ending August 7, 2022 shows that Tesco is still the leader by some distance

Kantar said Lidl was once again the fastest growing supermarket chain, with sales up by 17.9 per cent over the latest 12 weeks. Rival German discounter Aldi also performed strongly, reporting 14.4 per cent growth.

While customers were attracted to the two firms’ cheaper product lines, it was also a good period for Tesco which was the strongest performer among the UK’s biggest grocers and reported 1 per cent growth.

UK workers saw their pay lag behind inflation at record levels over the past quarter, according to official figures.

The Office for National Statistics (ONS) said regular pay, excluding bonuses, grew by 4.7 per cent over the three months to June. Analysts had predicted that wages would increase by 4.5 per cent.

It comes after CPI inflation hit a new 40-year record of 9.4 per cent in June and is expected to peak even higher later this year.

The ONS said this resulted in a 4.1 per cent drop in regular pay for employees once CPI inflation is taken into account, representing the biggest slump since records began in 2001. 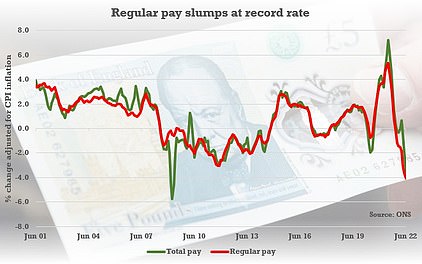 Official figures also showed that the number of UK workers on payrolls rose by 73,000 between June and July to 29.7 million.

ONS director of economic statistics Darren Morgan said: ‘The number of people in work grew in the second quarter of 2022, whilst the headline rates of unemployment and of people neither working nor looking for a job were little changed.

‘Meanwhile, the total number of hours worked each week appears to have stabilised very slightly below pre-pandemic levels. Redundancies are still at very low levels. However, although the number of job vacancies remains historically very high, it fell for the first time since the summer of 2020.’

Vacancy numbers hit 1.274 million over the three months from May to July, slipping by 19,800 in the first signal the UK’s hot labour market could be cooling.

Chancellor Nadhim Zahawi said: ‘Today’s stats demonstrate that the jobs market is in a strong position, with unemployment lower than at almost any point in the past 40 years – good news in what I know are difficult times for people. This highlights the resilience of the UK economy and the fantastic businesses who are creating new jobs across the country.’

Meanwhile, Asda saw sales increase by 0.2 per cent and Sainsbury’s recorded a 0.1 per cent dip. The worst performer of the big four was Morrisons, which saw sales decline by 4.9 per cent.

Fraser McKevitt, head of retail and consumer insight at Kantar, said: ‘As predicted, we’ve now hit a new peak in grocery price inflation, with products like butter, milk and poultry in particular seeing some of the biggest jumps.

‘This rise means that the average annual shop is set to increase by a staggering £533, or £10.25 every week, if consumers buy the same products as they did last year.

‘It’s not surprising that we’re seeing shoppers make lifestyle changes to deal with the extra demands on their household budgets.’

Recent hot weather also resulted in a surge in sales of soft drinks, ice cream and summer clothes, according to the research.

Mr McKevitt added: ‘As the mercury climbs, shoppers have turned to mineral water and soft drinks to cool off. Sales of both products are up by 23 per cent and 10 per cent respectively in the latest four weeks.

‘Unsurprisingly, ice creams are also popular with 18 per cent year on year growth, up by four percentage points on the previous month.

‘Adapting to the changing temperatures, we’re expanding our summer wardrobes too, now that there are no restrictions on travel or going outside. Sales of clothes intended for summer holidays like shorts, sundresses, caps and swimming costumes, have increased by 163 per cent.’

Own-label ranges are now at record levels of popularity, with sales rising by 7.3 per cent and holding 51.6 per cent of the market compared with branded products, which is the biggest share Kantar has ever recorded.

With inflation so high and a potential recession on the way, Kantar said comparisons against the last financial crisis are becoming visible.

Mr McKevitt added: ‘People are shopping around between the retailers to find the best value products, but back in 2008 there was much more of a reliance on promotions.

‘Instead, supermarkets are currently pointing shoppers towards their everyday low prices, value-ranges and price matches instead.

‘Over the past month we’ve really seen retailers expand and advertise their own value ranges across the store to reflect demand. Consumers are welcoming the different choices and options being made available to them on the shelves, with sales of own-label value products increasing by 19.7 per cent this month.

‘As an example, Asda’s Just Essentials line, which launched this summer, is already in 33 per cent of its customers’ baskets.’

Lidl, which has now raised its market share to 7 per cent, has been boosted by the popularity of its dairy goods and bakery lines. Its 17.9 per cent growth figure over the last 12 weeks is the retailer’s highest since September 2017. 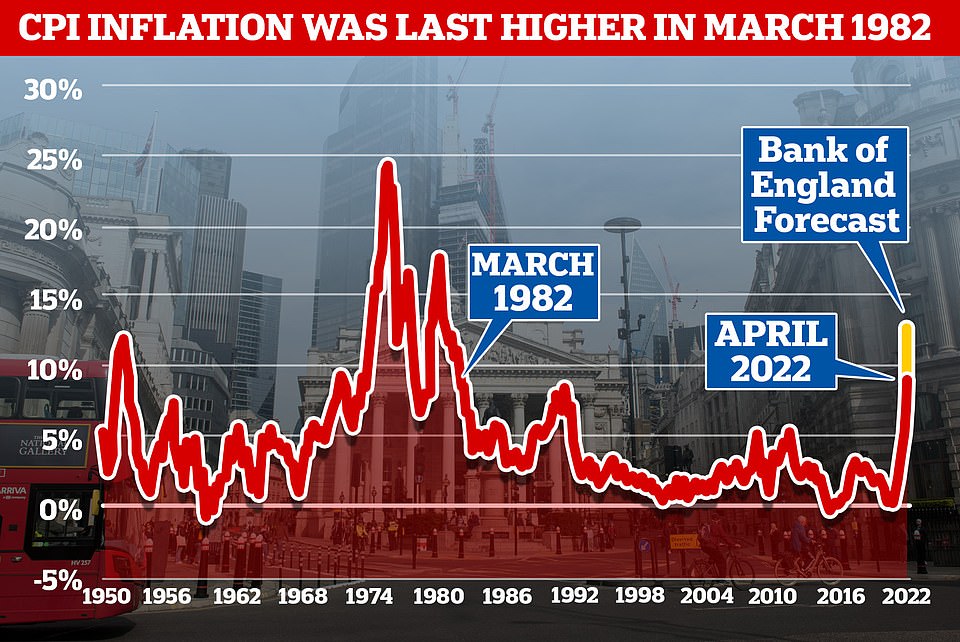 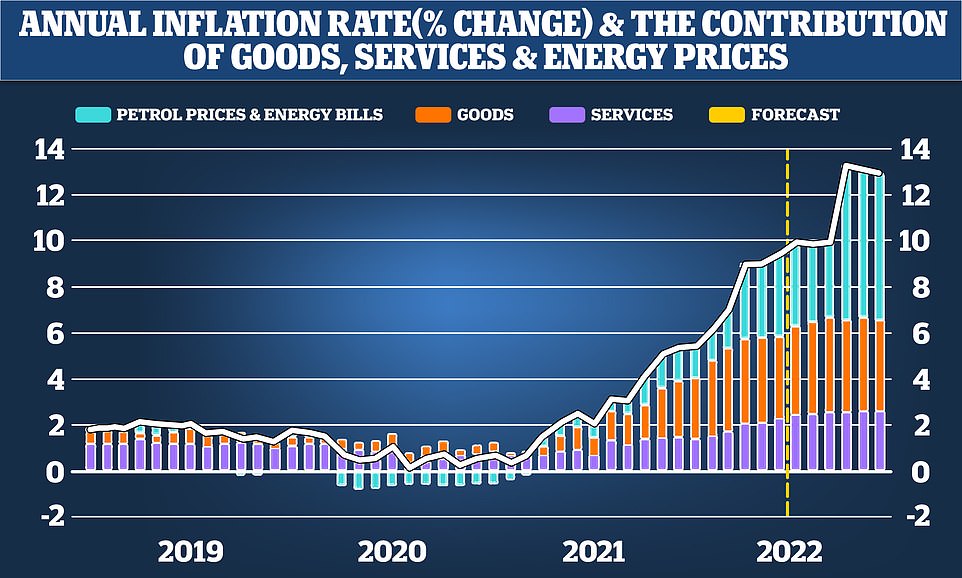 Together Lidl and Aldi have gained 1.8 per cent of British grocery sales over the period, representing a £2.3billion annual shift in spending towards the discounters.

Kantar added that annual footfall has continued to pick up in store while online shopping declines. 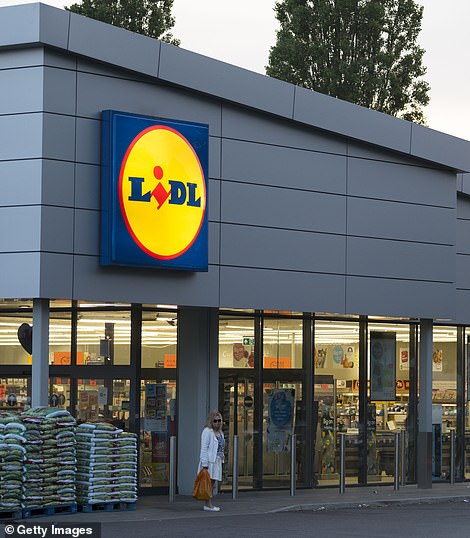 Lidl, which has now raised its market share to 7 per cent, has been boosted by the popularity of its dairy goods and bakery

Mr McKevitt said: ‘Shoppers have made the most trips into store since March 2020. This is understandably impacting the online grocery market, and its total share has dropped to 11.8 per cent.

‘This is the first time online’s share has dipped below 12 per cent since the early days of the pandemic in May 2020. Even so, 19 per cent of the UK population still made an online order during the past four weeks, the equivalent to 5.4million households.’

However Ocado bucked the overall online sales decline, growing by 6.2 per cent as it attracted new shoppers outside its traditional demographic.

The grocery price inflation figure is based on more than 75,000 identical products compared year-on-year in the proportions purchased by British shoppers, which Kantar says represents the most authoritative figure available.

It is seen a ‘pure’ inflation measure in that shopping behaviour is held constant between the two comparison periods – with shoppers likely to achieve a lower personal inflation rate if they trade down or seek out more offers.

Grocery market share numbers do not include sales of food or drink consumed out of the home, for example snacks and meals while travelling or at work.