Council tax rises of 5% will ‘clobber’ families while services are slashed post-Covid, ministers are warned

Families face a 5 per cent council tax hike next year that will ‘clobber’ them as services are cut, ministers have been warned.

Communities Secretary Robert Jenrick announced councils in England can continue to increase tax by up to 2 per cent without a referendum and boost the social care precept by up to 3 per cent in 2021/22.

Mr Jenrick also insisted local authorities are in position to decide whether or not to enforce the increases, claiming they will see their core spending power increase in cash terms by up to 4.5 per cent under the Government’s plans.

But shadow communities secretary Steve Reed warned local authorities are facing a ‘vast’ funding gap which will ‘inevitably’ lead to job losses, cuts to key frontline services and the closure of more ‘treasured’ community assets, such as libraries and youth centres. 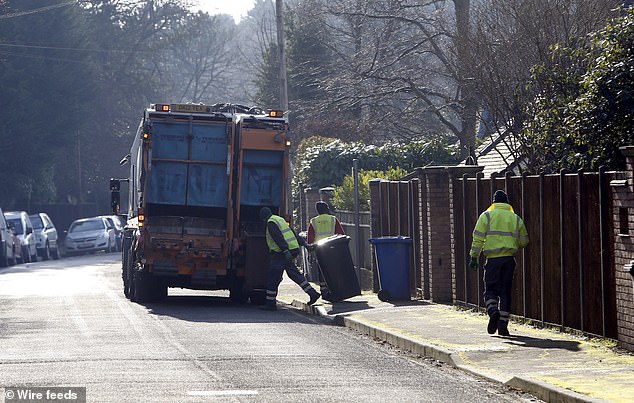 Families face a 5 per cent council tax hike next year that will ‘clobber’ them as services are cut, ministers have been warned (file photo)

Labour frontbencher Mr Reed told MPs: ‘Perhaps one of the most shocking aspects of the settlement is the Government’s plan to force councils to hike up council tax while the country still faces an unprecedented health crisis and the deepest recession for 300 years.

‘The Government is proposing a council tax hike over twice the rate of inflation. The Conservatives have decided to clobber hard-working families when their jobs and incomes are already under extreme pressure. In return, those taxpayers will get fewer services.’ 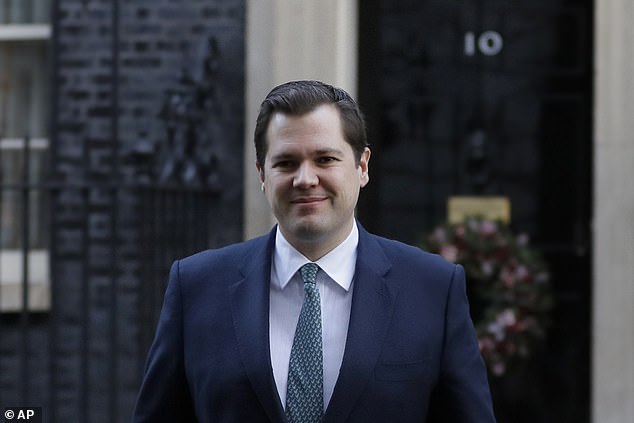 ‘So if you’re an older person living in a less wealthy area – such as one of the red wall seats – you’re going to see your Conservative MP tax you more but cut the core services you rely on.’

Mr Reed criticised the lack of detail on a long-term fix for adult social care, adding: ‘The message to the public is clear – pay more but get less under the Conservatives with Rishi Sunak’s council tax hike coming your way in the middle of the worst recession for three centuries.

‘Could the Secretary of State please tell us how he expects families to afford a 5 per cent council tax hike in the middle of an unprecedented economic crisis?’

Mr Jenrick, in his reply, said councils have spent £4 billion of the £7.2 billion made available for the Covid-19 response – and the authorities project they will spend almost £6.2 billion by March. 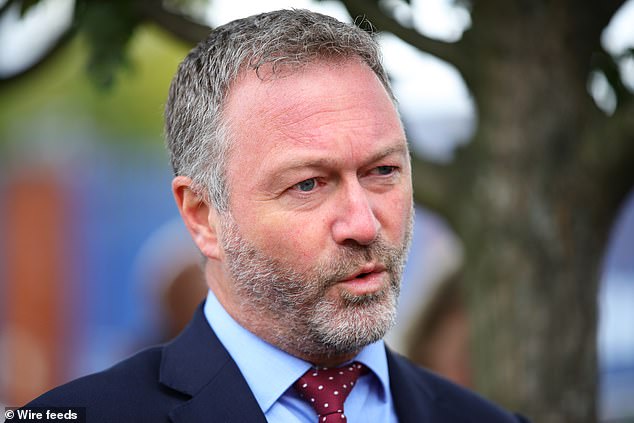 On council tax, the minister added: ‘Local councils are not under any obligation to increase council taxes.

‘And we only have to look at the record of the last Labour government to see what happens under Labour – council tax doubled, under this Conservative Government council tax is lower in real terms today than it was in 2010/11.’

Making his initial statement to the Commons, Mr Jenrick said: ‘The settlement we’re announcing today ensures that councils have the resources they need to continue that work next year, to play their part in the recovery of their communities and to deliver first-class public services.

‘As we look ahead to 2021/22, the annual settlement makes an extra £2.2 billion available to fund the provision of critical public services, including adult and children’s social care.

‘Within this we’re giving authorities access to an additional £1 billion for adult and children’s social care, made up of £300 million of social care grant and the flexibility of a 3 per cent adult social care precept.

‘On average, English councils will see a 4.5 per cent cash terms increase in core spending power, which is also an increase in real terms.’

He added the Government is proposing a further £622 million of new homes bonus allocations, more than £750 million will be spent on tackling homelessness and rough sleeping, and the practice of councils making ‘risky investments’ must end.

Labour’s Clive Betts, chairman of the Housing, Communities and Local Government Committee, asked Mr Jenrick to confirm the spending power announced by the Government assumes all authorities will put their council tax up by 5 per cent.

Mr Jenrick replied: ‘He’s right to say the figures we quote of up to 4.5 per cent real terms and cash increase in core spending power is of course dependent on the choices that local councils will make in the weeks and months ahead.’

Responding to the Commons statement, James Jamieson, chairman of the Local Government Association, said ‘more than 85 per cent of the potential core funding increase next year is dependent on councils increasing council tax by up to 5 per cent next year’.

he added: ‘This leaves councils facing the tough choice about whether to increase bills to bring in desperately needed funding to protect services at a time when we are acutely aware of the significant burden that could place on some households.

‘The ability to bring in extra council tax remains a sticking plaster and not a long-term solution.’