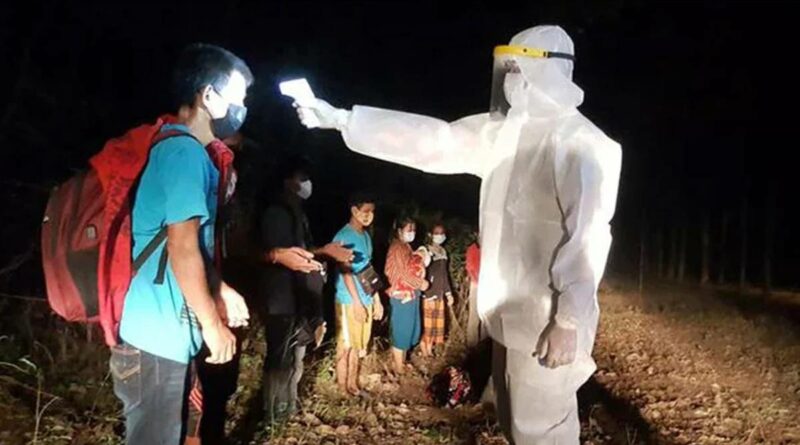 While countries like Australia and New Zealand have been held up as shining examples on how to tackle coronavirus, there’s been one Asian country setting the gold standard for keeping the virus at bay.

For more than a year Laos miraculously recorded not a single Covid-19 death by implementing a strict lockdown and shutting its international borders since late March 2020, after recording just a handful of cases.

But last month Laos recorded its first cases of community transmission, prompting it to reintroduce lockdown measures on April 22.

On May 9, Laos saw its first Covid death in a 53-year-old Vietnamese female karaoke worker and recorded its second fatality on May 14 when a 29-year-old man fell victim to the virus.

Authorities have blamed the upswing in cases on illegal border crossings from Thailand, which is facing a third wave of the pandemic.

The lockdown, which was initially supposed to run for a fortnight, has now been extended until June 4.

State run media has reported that couriers continue to transport tourists and casino workers across the Thai border into the country despite the travel ban, according to CNN.

“I would like to urge our people to comply strictly with the prime minister’s previous orders by stepping up border controls, stopping illegal crossings, and then arresting and sending to quarantine centres anyone who enters Laos illegally,” Lao vice Minister of health Phoutone Muongpak told reporters last month.

To date Laos has recorded just over 1700 coronavirus cases, the majority of which have coincided with the country’s Buddhist new year celebrations on April 14.

University of Melbourne epidemiologist Fiona Russell told the ABC the country’s strict border rules as well as a younger than average population are reasons why Laos has gone so long without recording a Covid-19 death.

The majority of Laotians live in low density, rural settings and most coronavirus cases have been recorded in people aged 20 to 29

“(Laos’) pandemic response has been very strong and they had a year to prepare and establish their system,” Professor Russell said.

Experts have expressed concern over how the country’s health system will cope if the current outbreak gets worse.

“While the numbers (of cases) in Laos are comparatively low at the moment, the health system is already under pressure and equipment, beds and personnel are limited,” Save The Children Laos director Deborah Leaver told the ABC.

“Border closures mean that people who would usually have accessed the health system in Thailand are now using the Lao health system, increasing the burden on an already stressed system.

“If numbers increase we will be facing a public health and economic crisis.”