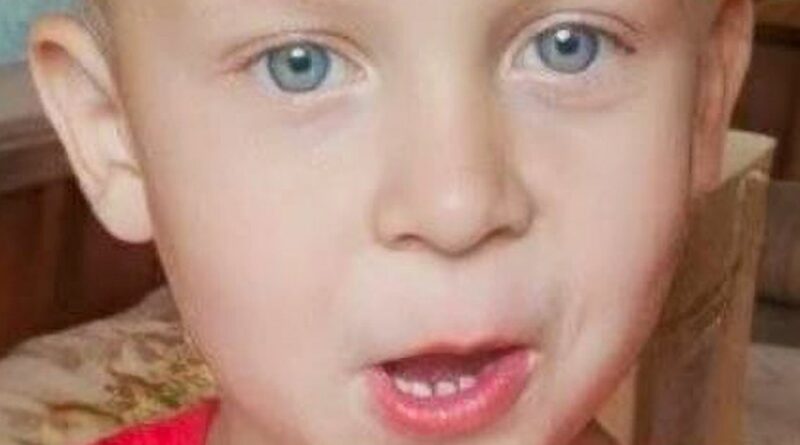 A twisted couple staged a pretend family day out to cover up the death of a five-year-old boy who was buried by his stepdad in a shallow grave.

Sergei Bugorkov, 28, brutally battered the Vova Pashchenko to death and then convinced his mother to fake a chilling disappearance in Russia.

The boy's mother, who has only been identified as Alena, 31, helped her husband fake a family picnic close to where he buried his body.

The sick pair then lied to the police and said the five-year-old vanished after running away from the picnic to follow a cat earlier this month. Prosecutors in Krasnodar Krai in southern Russia have now charged Bugorkov with the murder of a minor after grim footage was released of him carrying the boy's body.

Bugorkov had reportedly flown into a rage on June 8 when a quarrel broke out between him and his wife's son.

He allegedly punched and kicked the youngster over and over again all over his head and body before the family went to bed.

When they woke up the following morning, they reportedly found the young boy dead.

To hide the slaying, Bugorkov bagged up the child's body and took it to an area of woodland on the banks of the Kuban river in the Gidrostroy area, where he buried it in a shallow grave.

The family went to the riverbank on the evening of June 10, where they staged the boy's disappearance with a sick fake family picnic.

His mother told the police they had gone for a family evening out and her son had run after a cat and disappeared.

Officers scoured the area and found the boy's corpse, which was sent for an autopsy.

It is not clear what led the police to suspect the parents of involvement, but it may have been when they reviewed the footage from the security camera in the apartment building.

The boy's mother has not been remanded in custody, but she is also under investigation.